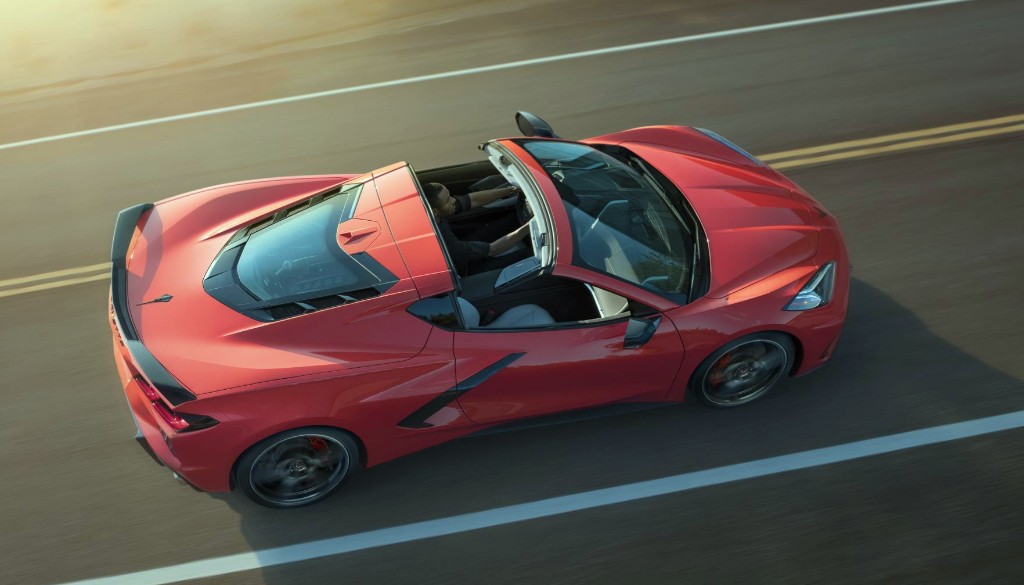 Chevrolet has taken the wraps off a its first ever production Corvette with a mid-mounted engine.

Equipped with Z51 Performance Package, the new Stingray will do the dash from 0-100km/h in less than 3.0 seconds.

“In terms of comfort and fun, it still looks and feels like a Corvette, but drives better than any vehicle in Corvette history,” he said.

“Customers are going to be thrilled with our focus on details and performance across the board.”

It produces 369kW and 637Nm of torque when equipped with performance exhaust — the most power and torque for any entry Corvette.

The next generation LT2 is paired with Chevrolet’s first 8-speed dual-clutch transmission, which provides lightning-fast shifts and excellent power transfer.

Driver modes have been expanded from four to six, allowing drivers to tweak the feel to their personal preference.

The familiar Weather, Tour, Sport and Track modes remain, and there are two new modes:

True to its aeronautical and racing roots, Stingray’s canopy-forward stance was inspired by F22s, F35s and other modern fighter jets and Formula One racing.

The look is a bold and futuristic, with mid-engine exotic proportions — but still unmistakably Corvette.

Vice president of Global Design and another Holden expat Aussie Mike Simcoe said the redesign had presented the team a historic opportunity, something Chevrolet designers have desired for over 60 years.

“It is now the best of America, a new arrival in the mid-engine sports car class,” he said.

“We know Corvette can stand tall with the best the world has to offer.”

A supercar level of craftsmanship, premium materials and attention to detail were critical in designing every component of the Stingray.

The new location of the engine is the focal point and sits like a jewel in a showcase, visible through the large rear hatch window.

The added attention to detail optimised the appearance of every wire, tube, bolt and fastener, similar to those found in modern track and all-road motorcycle design.

The Z51 Performance Package introduces a host of new technology:

The entry 2020 Stingray continues that tradition as a no-compromise value proposition, as it will start under $US60,000.