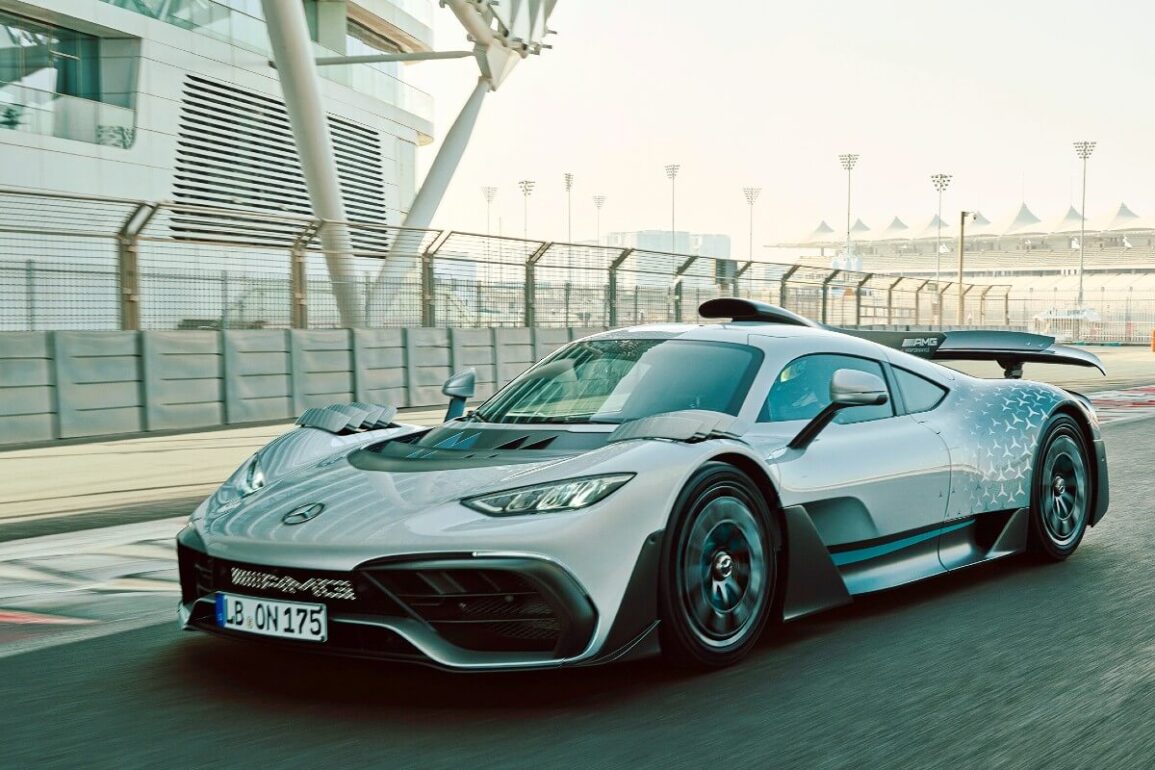 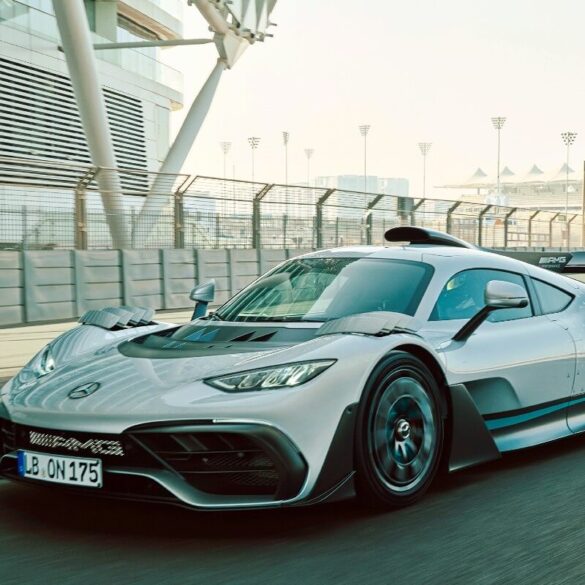 Mercedes-AMG ONE: All for ONE and ONE for all

Home
Wheel life
Mercedes-AMG ONE: All for ONE and ONE for all

The two-seat super car brings the world’s most modern and efficient Formula 1 hybrid technology from the race track to the road for the first time.

ONE produces a total output of 782kW, from a turbocharged 1.6-litre petrol V6 together with four electric motors.

The engine has been adapted from the Formula 1 car, but reportedly needs to be replaced every 50,000km.

The body of the Mercedes-AMG ONE has designed with aerodynamics in mind, with large front air inlets, a roof-mounted air intake and large aerodynamic fin that extends down the back of the car.

The car is constructed on a lightweight, high‑strength carbon-fibre monocoque, with doors that open diagonally forwards and upwards, and a camera that replaces the rear vision mirror.

A “shift light” is displayed at the top of the wheel rim, as is usual in race cars.

Two integrated AMG buttons can be used to activate various functions without having to take your hands off the wheel.

These include drive programs, nine-stage AMG Traction Control, activation of the DRS or the suspension settings.

Power is transmitted to the rear wheels via a 7-speed manual transmission developed specially for the car.

With the RACE START function in Race, Race Plus and Strat 2 drive programs: the sprint from 0 to 200 km/h is completed in just 7.0 seconds.

The chassis is of aluminium construction at the front and rear, each with five links and two adjustable suspension struts.

The chassis can be lowered hydraulically: 37mm at the front and 30mm at the rear.

In addition, a lifter for the front axle prevents the car from scraping on driveways and underground parking ramps.

Black air outlets in the bonnet guide the hot airflow around the sides of the driver compartment.

This allows the flow of fresh air to pass unhindered across the driver compartment and into the intake tract on the roof.

The active flaps on the front diffuser influence the aerodynamic performance at the front axle and ensure excellent aerodynamic balance.

The active air vents (so-called louvres) in the front wheel arches also increase the downforce on the front axle.

The design of the exhaust tailpipe with its large, round outlet and two further small, round apertures has been adopted directly from the Formula 1 cars.

In terms of complexity, the Mercedes-AMG ONE is hard to beat.

In a Formula 1 car, a team of engineers with laptops makes sure that the powertrain starts. With our hypercar, all it takes is the push of a button.