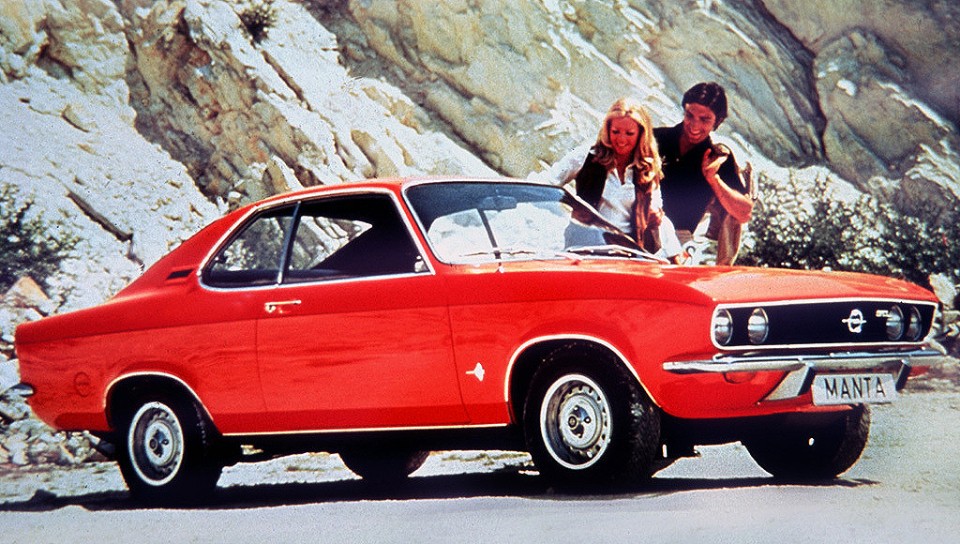 The Opel Manta A coupe was never sold in Australia but in Europe, Great Britain, the USA and South Africa — and is now a very collectable car.

Back in the late 1960s Opel got wind that Ford in the UK and Germany were developing a two-door sports coupe, the Capri, for release in 1969.

And so an accelerated program was put in place to match Ford’s offering as soon as possible.

Dipping into the parts bin at Opel, product planners came up with a mechanical and engineering platform that would suffice.

However, the car needed to have drop dead styling if it was to be any match for the svelte Capri. So that is where all of the money and effort was focused.

What emerged from the styling studios was a rear-wheel drive coupe that shared no common panels with any other Opel of the day, but it had a strong visual DNA with Opel’s sleek GT sports car — a Corvette Sting Ray lookalike.

To make the connection even more obvious, Opel called it the “Manta”.

Porsche used the Manta A as the test mule while developing its 924 model.

The Manta A was sold until 1975 when it was replaced by the Manta B model, which was a coupe version of the four-door Ascona sedan.

It was later given a hatchback companion.

The Manta B was also sold by Vauxhall as the Cavalier Sports Hatch and coupe.

These second generation Mantas were very popular and sold until 1988, long after their sedan counterparts had been superseded by General Motors’ front-wheel drive J car design.

Mantas were never sold in Australia, however there are a couple of private imports on our streets.

The Manta B replacement came in the form of the Opel/Vauxhall/Holden Calibra, launched in Europe in 1989.