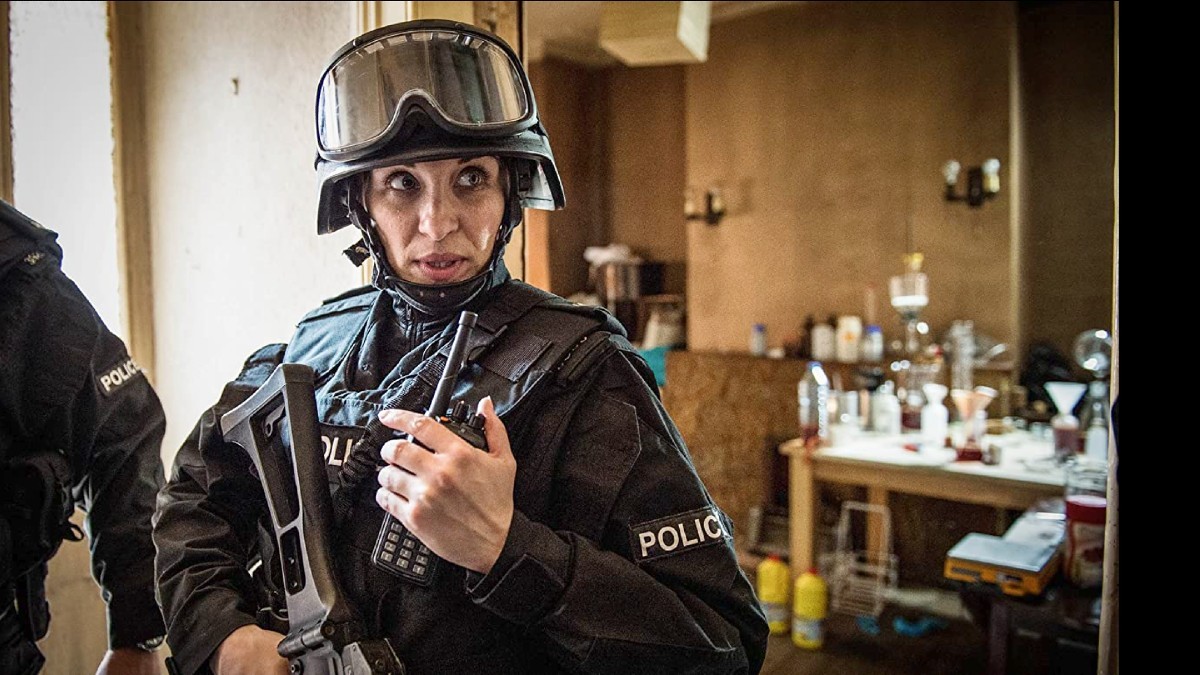 Home
Time out
Watch it
Line of duty: Police refuse to play ball

Fans of British crime drama will no doubt have already stumbled on the 2012 series Line of Duty.

If you haven’t, you’ve been missing out on something special.

The series follows the trials and tribulations of AC-12, a hated and controversial police anti-corruption unit.

The action gets underway after the British equivalent of SWAT bungles a raid on a terrorist and an innocent man is mistakenly killed.

Officer in charge Sergeant Steve Arnott (Martin Compston) refuses to take part in a police cover up and as a result finds himself transferred to the anti-corruption squad.

Their target is Detective Chief Inspector Tony Gates, a married man and smart operator, who has recently commended for heroism — but things don’t add up because has a suspiciously high arrest rate.

They try to get Gates on bribery charges, unaware that he is in fact guilty of covering up a fatal hit-and-run by a woman he is having an affair with — businesswoman Jackie Laverty.

Line of Duty is a bit of a slowburn to start with, with often laborious police procedure, as persons of interest are brought in for questioning in the fish bowl — but the action soons starts to heat up.

The action scenes are presented in a low key way which makes them appear all the more real.

Laverty goes missing after a home invasion and Gates finds himself being blackmailed for inside information by an organised crime group while trying to keep up appearances.

You won’t see the end coming. We sure didn’t . . . but it will certainly shock you into coming back for more (and probably more after that).

The police apparently refused to cooperate with the producers of the series.

As a result they were forced to seek advice from retired cops as well as anonymous, serving officers.

They also made use of anonymous police blogs.

The location for the series is never disclosed, but indications are that it is probably the city of Birmingham.

Each series focuses on a different corrupt officer, but AC-12 soon discovers the extent of corruption and deep-rooted links within police culture to an organised crime — with ties to drug running, prostitution, child exploitation and people trafficking.

At one stage, AC-12 even finds itself the subject of investigation by another unit, as powerful forces within the police organisation try to keep it from the truth.

Let Him Go: Couple fight to get grandson back

And, members of the unit themselves are not beyond reproach, including Arnott who is accused of sleeping with a witness.

Author Stephen King is reportedly a huge fan of the show, especially the Irish turns of phrase used by superintendent Hastings.

Such expressions as “Now we’re sucking diesel!” (when you enjoy good fortune thanks to hard work) and “Jesus, Mary and Joseph and the wee donkey!”

Line of Duty js ongoing, with six seasons dating from 2012 to May this year.

Each episode runs for 60 minutes, with 36 episodes in total so far.

The first season is available to watch free on ABC iView, seasons 1-5 are available on Netflix, Stan and Apple TV — but for the sixth season you’ll need Britbox or dial a friend.

This jumping from one source to another is becoming a bit of a thing, with seasons often spread across numerous streaming platforms, as well suddenly appearing and disappearing — so sometimes it’s a case of striking while the iron is hot.