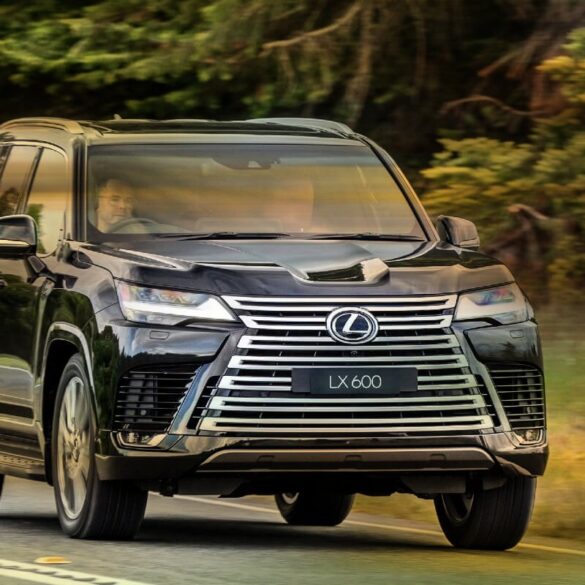 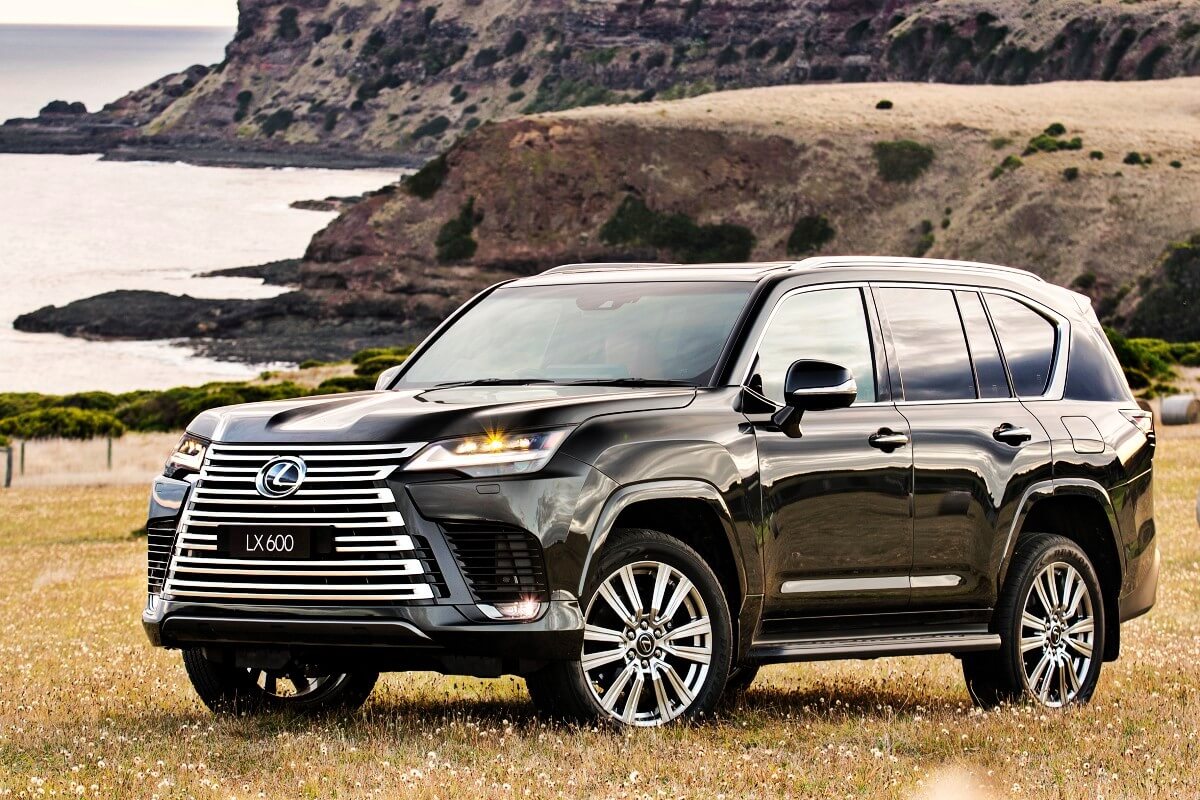 Effectively an upmarket version of the Toyota Land Cruiser, the Lexus LX large premium SUV has been around since the mid-1990s.

The latest (fourth generation) LX arrived here at the end of 2021 shortly after the new LC300.

It comes with petrol or diesel power, four equipment grades, three seating options and a host of new safety and tech features.

The four variants are base LX, Sports Luxury, F Sport, and Ultra Luxury.

The first three are available with either petrol or diesel engines, the Ultra Luxury is petrol only. 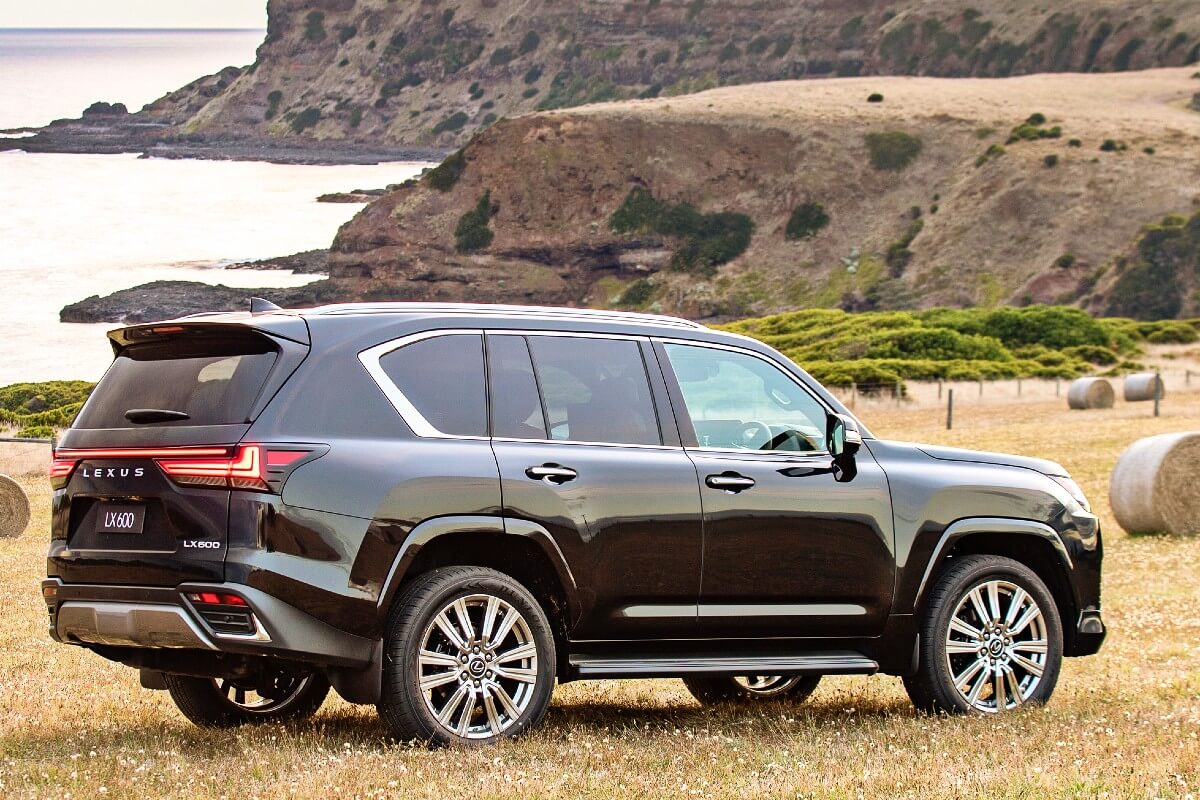 There’s not a lot of scope for adventurous styling in large 4WD/SUVs such as the LandCruiser, Nissan Patrol or Lexus LX, so much of the work on differentiating between them goes into the grille.

In the case of the LX the designers certainly haven’t pulled any punches.

The well-established Lexus spindle grille is huge and dominates the front of the vehicle.

To our eyes such so much chrome in such a large grille doesn’t look like it belongs in a premium luxury vehicle such as this.

We much prefer the more subtle black mesh fill used in the F Sport models.

Others we talked to had the opposite opinion, so it’s very much a matter of personal taste.

In profile there’s little to distinguish the LX from its Land Cruiser sibling.

The base LX models rolls on 20-inch alloy wheels; the higher-spec variants all get 22-inchers together with a standard moonroof.

Three screens come into play for the LX.

In the centre console there’s a 12.3-inch colour touchscreen for infotainment features including satellite navigation and smartphone
mirroring of wired Apple CarPlay and Android Auto.

Directly below there is a 7.0-inch display that controls the off-road settings as well as air conditioning.

In front of the driver is an 8.0-inch LCD screen with normal dashboard information.

There are USB-A and USB-C sockets below the centre console as well as in the rear where there is also a HDMI input.

There is a wireless phone charger located in the rear armrest/control panel with two more USB-C ports inside the armrest.

There are touchscreens mounted to the back of the front seats which allow rear passengers to access AM, FM and digital audio as well as their choice of entertainment through either USB or HDMI using wireless headphones.

Audiophiles will be blown away by the premium Mark Levinson Reference sound system with, believe it or not — 25 speakers.

Standard safety features across the LX range include 10 airbags and autonomous emergency braking including for pedestrians and cyclists. 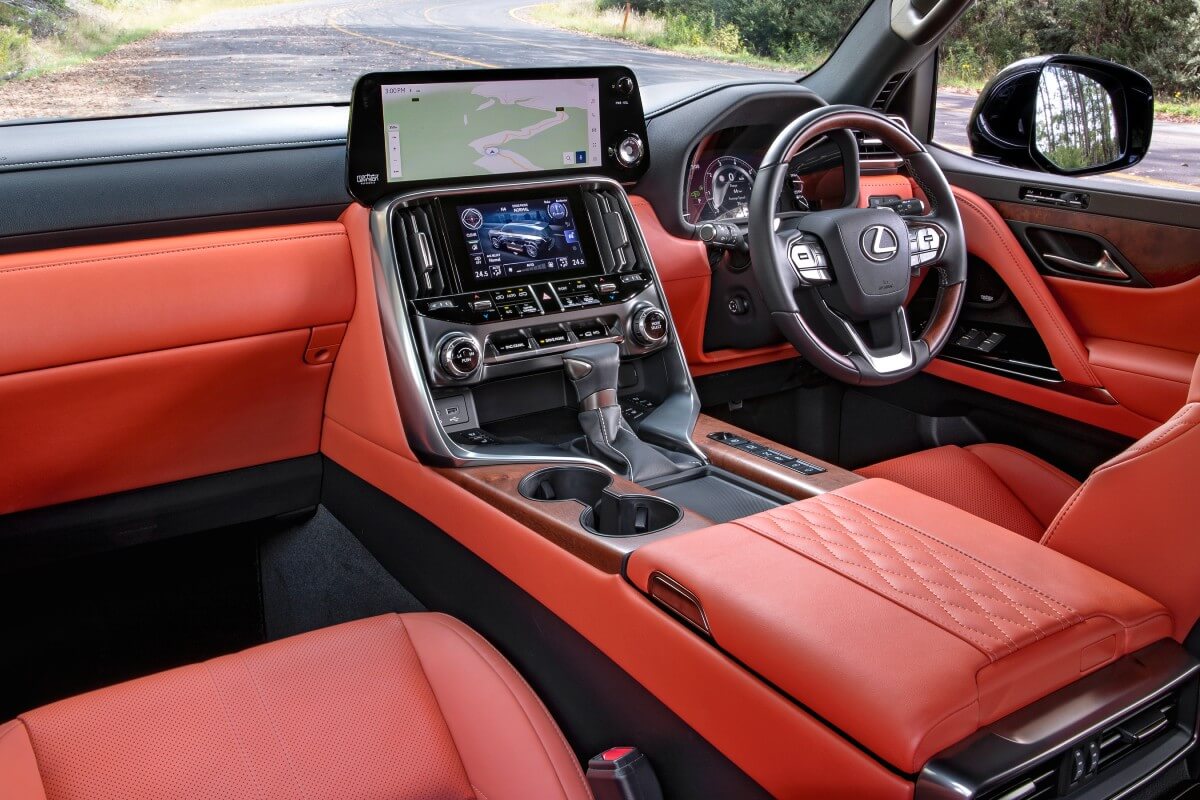 The LX comes with the choice of four, five or seven seats depending on the grade.

Our test car was the flagship Ultra Luxury and the name says it all.

With just two individual rear seats, it’s clearly aimed more at the corporate rather than the family market.

The central touchscreen between the rear seats allows passengers to control the seats as well as the rear climate control.

Unusually, although the rear seats can be reclined, they do not have length adjustment and legroom can be restricted for taller passengers.

The problem can be alleviated, subject to the agreement from front seat occupants, with the seat tilt mechanism moving the front seats forward.

Both engines have smaller capacities than their superseded equivalents but with significantly more power and torque, and lower fuel consumption.

Both engines are paired with a 10-speed torque converter automatic transmission.

Getting into and out of the big LX is a bit of a climb but is helped by side steps, interior grab handles and height-adjustable suspension which enables the vehicle to be lowered by 27mm.

Then, depending on the drive mode selected, it can be raised to a maximum of 103mm.

The start/stop button has been enhanced and now comes with a fingerprint sensor for added security.

It can cater for up to 10 different drivers.

Like its Land Cruiser cousin the sheer bulk of the Lexus LX doesn’t really suit it to the urban environment.

Having said that the range of cameras, sensors and safety features such as rear cross traffic alert and lane departure warning should keep most drivers out of trouble.

The turning circle of 12.8 metres is impressively tight for such a vehicle of its size.

Once out into open territory the LX 600 was a delight to drive.

No matter what the road surface the big Japanese 4WD simply loped over it with never a sign of it being unsettled.

The ride is relatively firm which will satisfy most Australian drivers.

The 10-speed gearbox is seamless and almost seems able to anticipate when changes are required.

During our night drive we were able to test the Lexus BladeScan system which adjusts the high beam on the LED headlights to provide optimum lighting without affecting other drivers.

Once we got used to the blue high beam light fluctuating on and off on the driver’s display screen, we found it worked well.

The big Lexus is a thirsty beast with fuel consumption listed at 12.1L/100km. 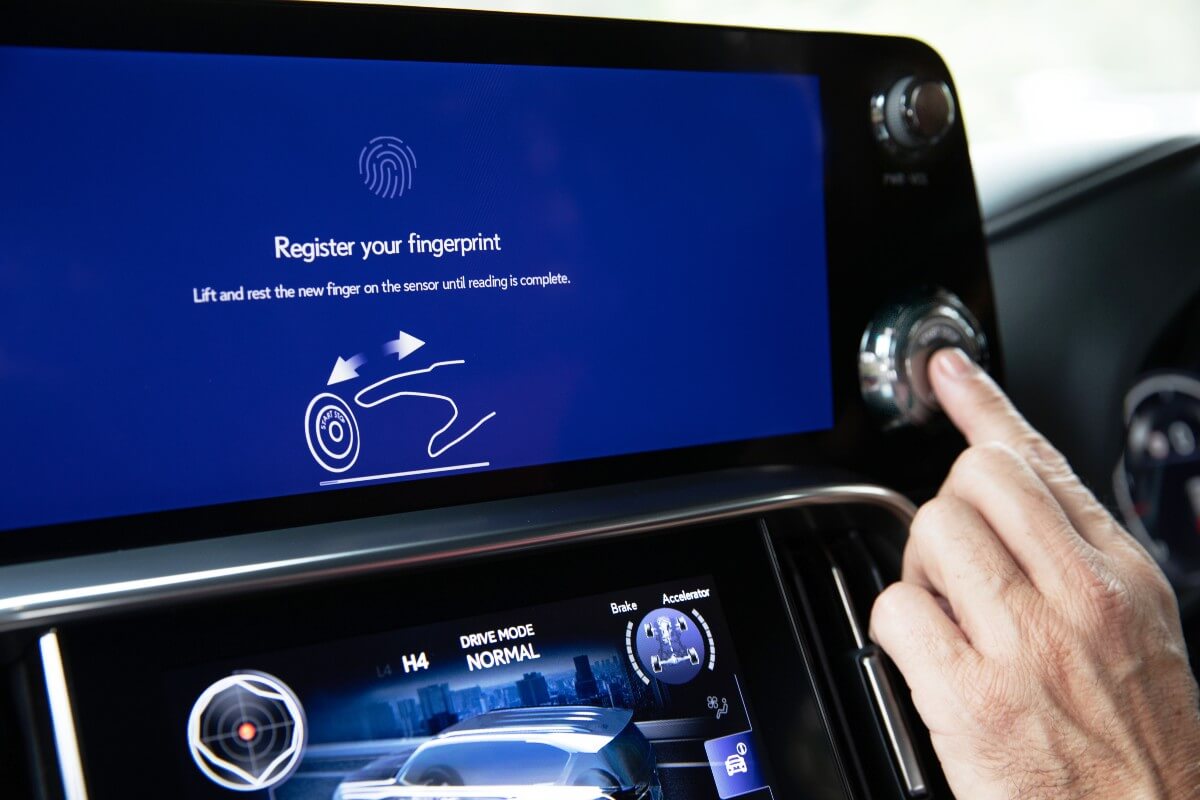 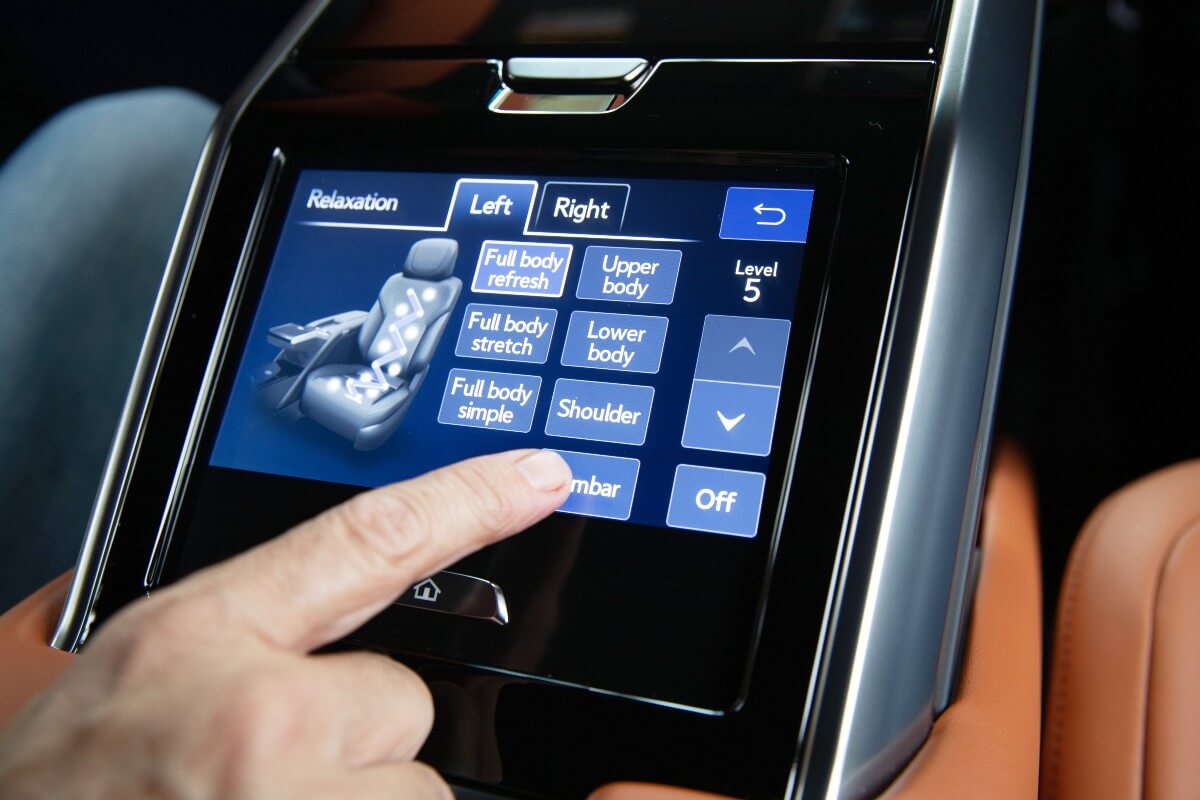 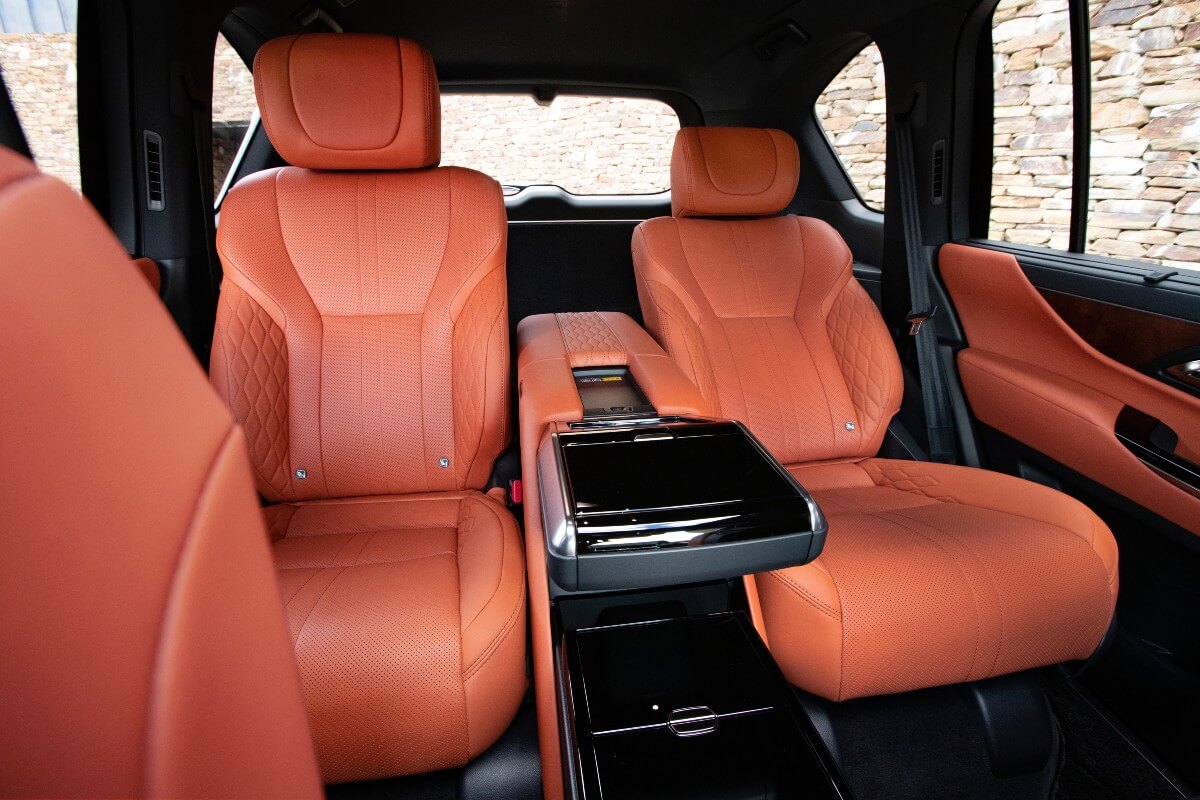 Given that it was our test car, we’ve deliberately concentrated on the LX600 Ultra Luxury in this review but will be getting into the family-oriented seven-seat LX500d shortly and will take it out on to our favourite off-road route. 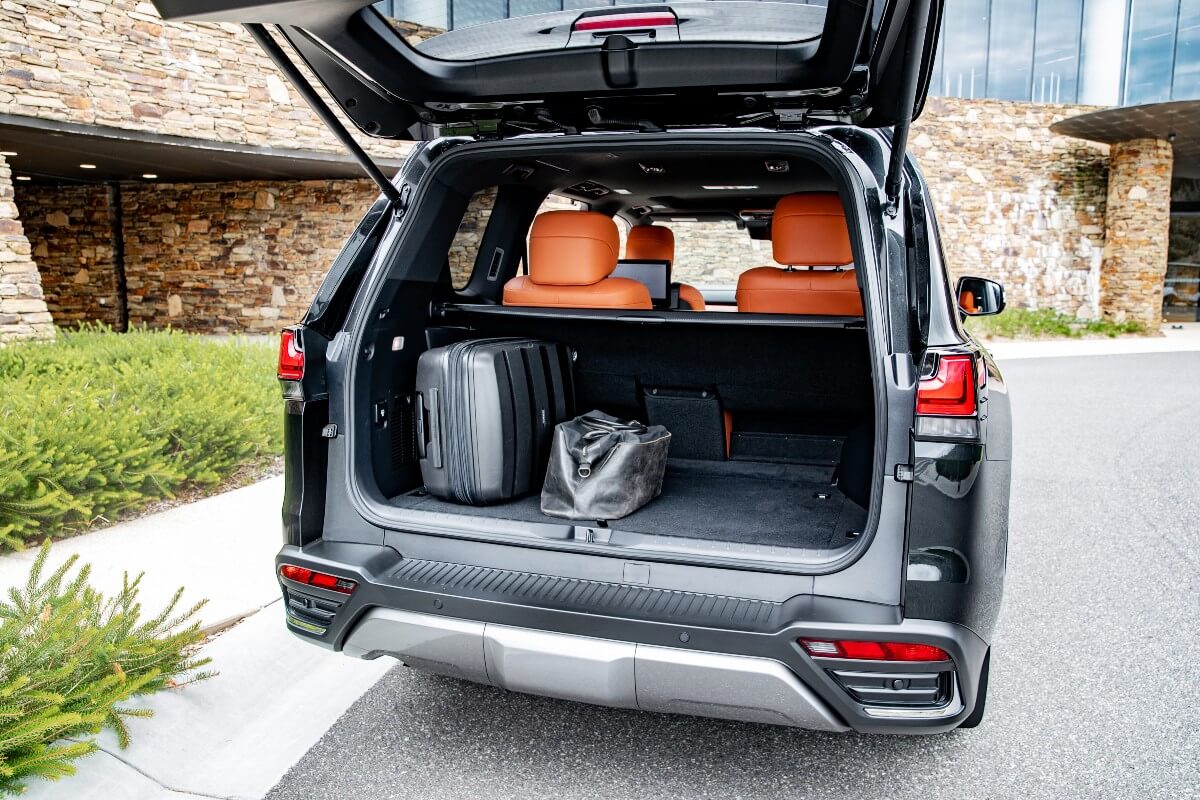