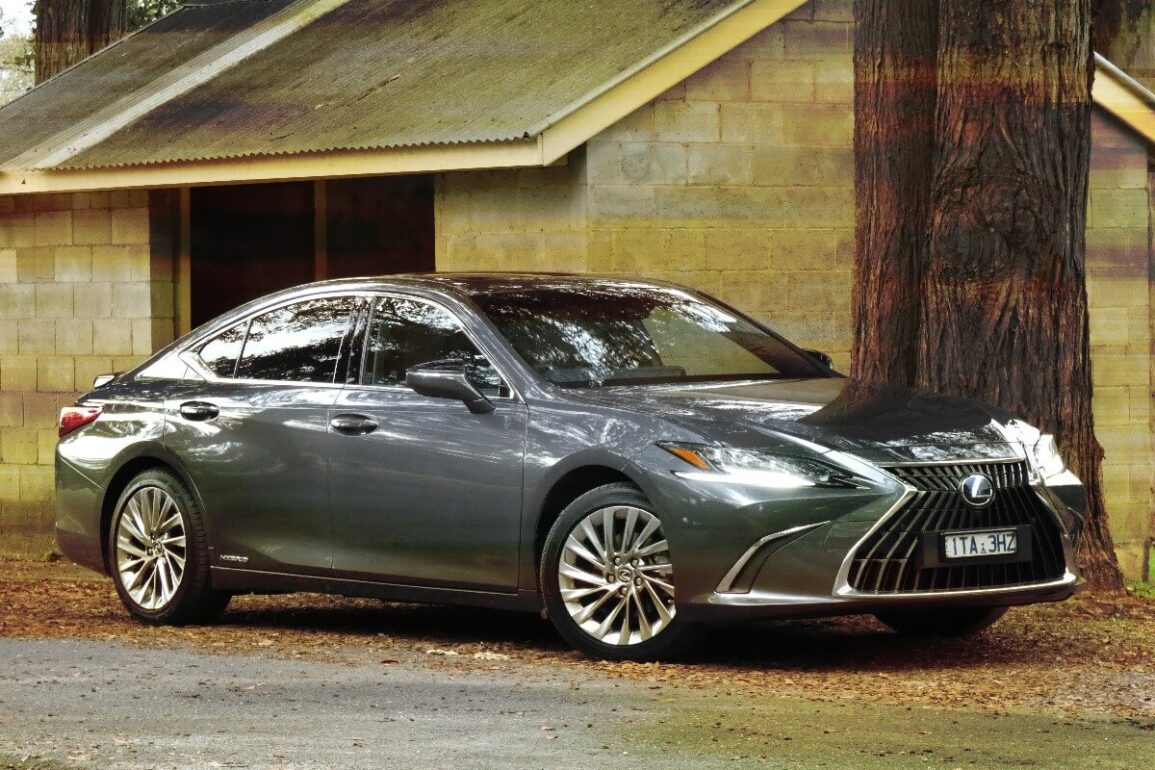 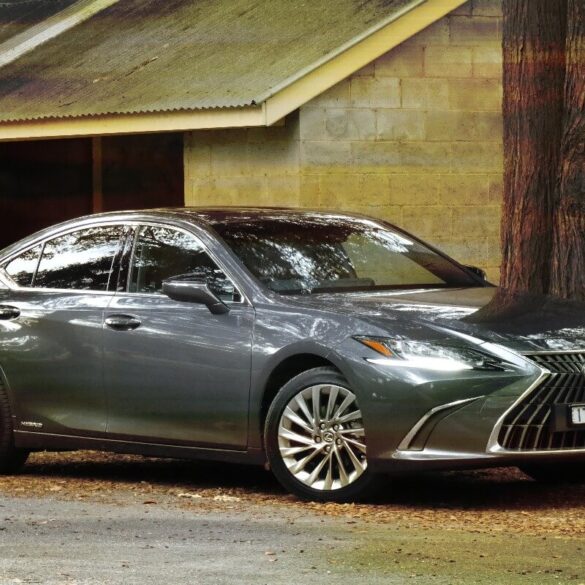 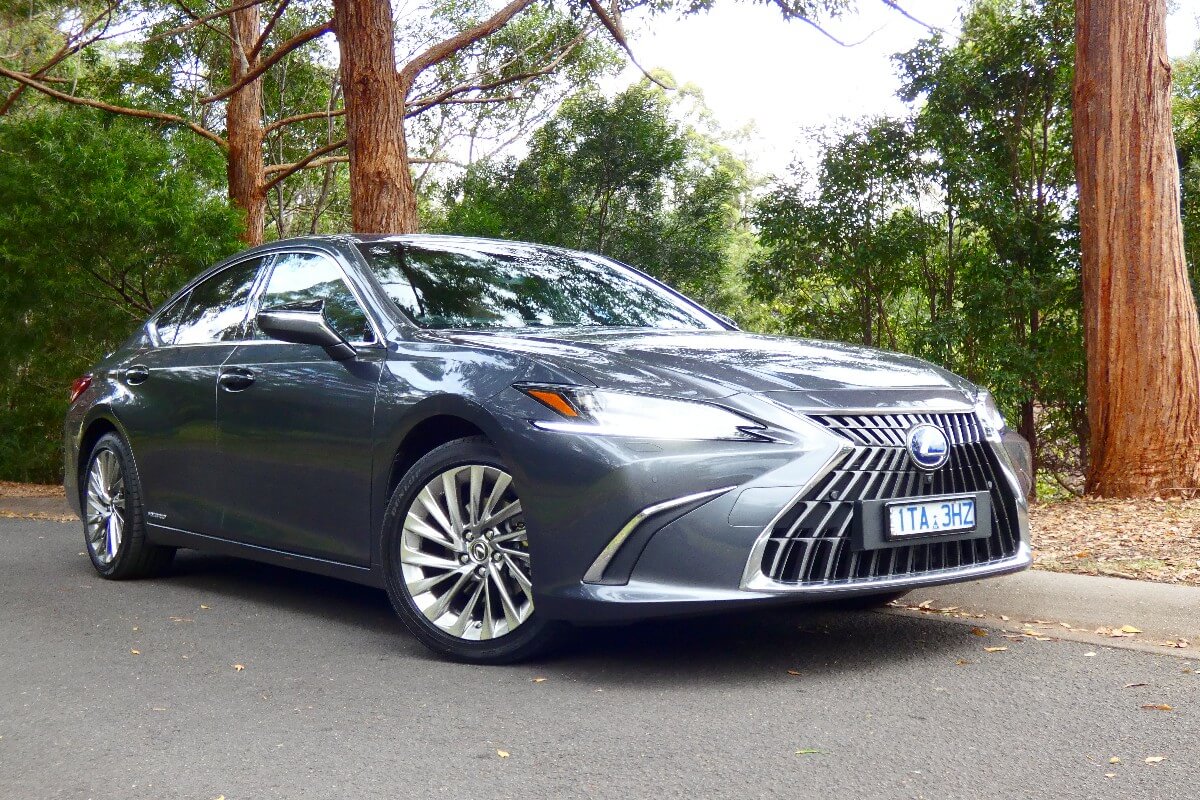 The ES300 is one of just two sedans that Lexus continues to sell.

A four-door sedan, it’s based on the same platform as the Toyota Camry, but you’d never know.

This one has a hybrid under the bonnet, in fact the same one as Camry and other Toyotas including of course the Prius.

It comes with a string of acronyms, power operated everything and a back seat that would do Emirates first class proud. 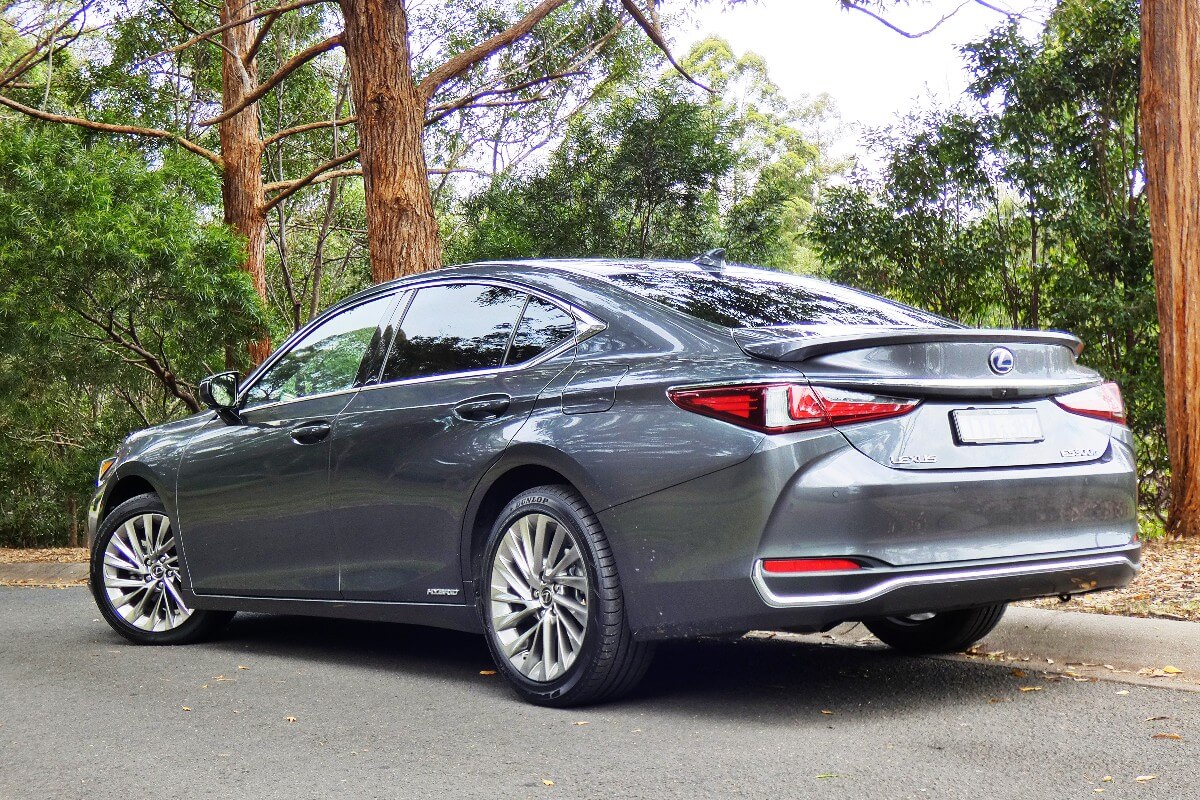 Think sporty but with chrome bits. Alternatively, there’s a more focused F Sport version, priced from $72,930 or $76,530 with the enhancement pack.

Lexus expects 85 per cent of customers will opt for the hybrid.

You get plenty of kit for the price too, like a large double quarter pounder meal with a couple of hot apple pies — hold the salad.

ES is covered by a four-year, unlimited-kilometre warranty, with servicing capped at $495 for the three services at an interval of 12 months or 15,000km. 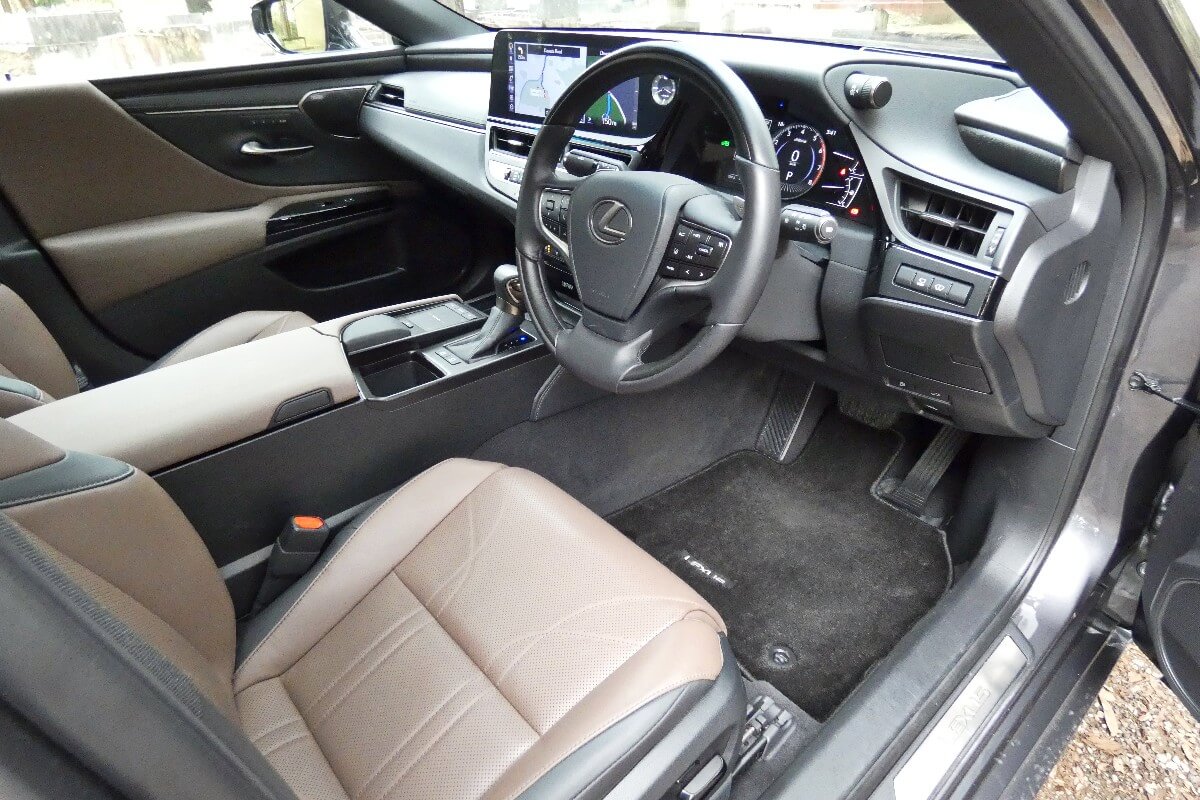 There’s no real mention of it, even in the specs, but the hybrid is actually front-wheel drive.

Rear-wheel drive, a match for Benz and BMW, was a thing in the early days of the brand.

Only the exey flagship LS retains rear-wheel drive. In fact, apart from LS, it’s the only sedan remaining in the lineup as the emphasis switches to SUVs.

But that’s only half the story, because the electric motor adds another 88kW and 202Nm, although the total is pegged at 160kW (no details of torque).

The self-charging system drives the front wheels through a CVT-style continuously variable transmission, but one that offers various drive modes as well as the ability to change gears sequentially — with six steps or gears to play with.

This model rides on conservatively styled 18-inch alloys with 235/45 Dunlop SP Sport Maxx rubber, and a space saver tucked in the boot.

Two funny little handlebar-like controls above the instrument cluster provide access to traction off as well as Eco, Normal and Sport modes.

No wonder my fingers couldn’t find a sport button.

The dash itself features a single large analogue-style speedometer that is in reality digital, able to to display speed digitally prominently in the centre, where it’s ringed by a tacho.

A smaller screen to the left displays other useful information, including fuel consumption, while two fair dinkum analogue gauges to the right are devoted to fuel and temperature.

It’s all there, it just looks rather plastic.

To the left of the instrument cluster is the enormous 12.3-inch touchscreen, with an a analogue clock nestled to the right (a distinguishing feature of the brand).

The cabin of our test vehicle was finished in a combination of tan and grey tones, with comfy perforated leather seats.

Down in the centre console is our old friend the trackpad, useful for just about nothing — certainly on the move.

I remember driving the previous ES at launch in 2013 when the hybrid was introduced.

It was huge inside, with loads of rear legroom and used hardly any fuel, making it perfect for hire car duties.

The current model is even larger, but for some reason doesn’t seem to have the same amount of rear legroom. Maybe it’s an illusion, maybe they made the boot bigger instead.

Again, it’s all there — it just doesn’t feel as opulent as it once did and the hybrid powertrain and rasp from regenerative braking is not conducive to the library quiet interior for which Lexus is noted.

If active noise cancellation is present, who switched it off?

At the same time it’s undeniably big, classy and comfortable, and doesn’t use much fuel. You’ve gotta like that.

For some reason, Sport Luxury misses out on the adaptive suspension from F Sport, even though it is positioned at the top of the range.

Instead it gets a single-setting passive system, skewed towards better handling.

Push the start button and the engine doesn’t spring to life. The system becomes ready which means you’re good to go.

Compared to a Euro it’s a disappointing start, but one that is repaid in spades when it is time to fill up. Hybrid rules.

Once underway, performance is adequate, but far from exciting, with the usual noise, vibration and harshness that goes with a hybrid.

It feels quicker off the line than the figures suggest, but you need to stick the boot in when it comes to hills and overtaking, and even then it’s not convincing.

The ride is compliant, with a big car feel most of the time, like Falcons and Commodores of old, but becomes harsh and unforgiving when it encounters potholes and particularly speed humps.

Switched to manual mode and using the paddles to change gear, however, the car emerges from behind the economical, emissions-friendly facade.

It sits flat and corners impeccably, with plenty of grip and no hint of breakaway, no mean feat considering the weight of the battery pack under the rear seat.

On another note, the navigation is slow to respond and locked out once the car is moving, and good luck trying to change the map orientation and keep it there.

Likewise, try cancelling a destination. We couldn’t do it from the screen. It was necessary to use the good for nothing trackpad (oh, it is good for something). 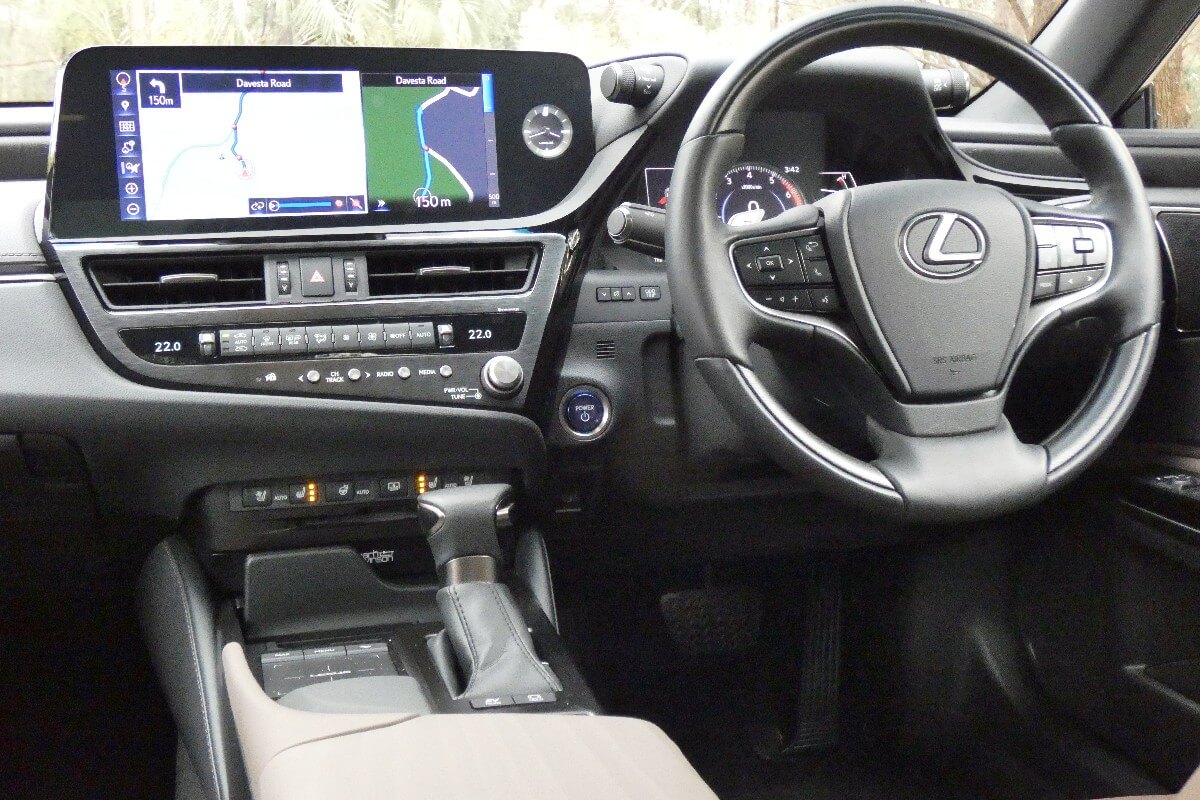 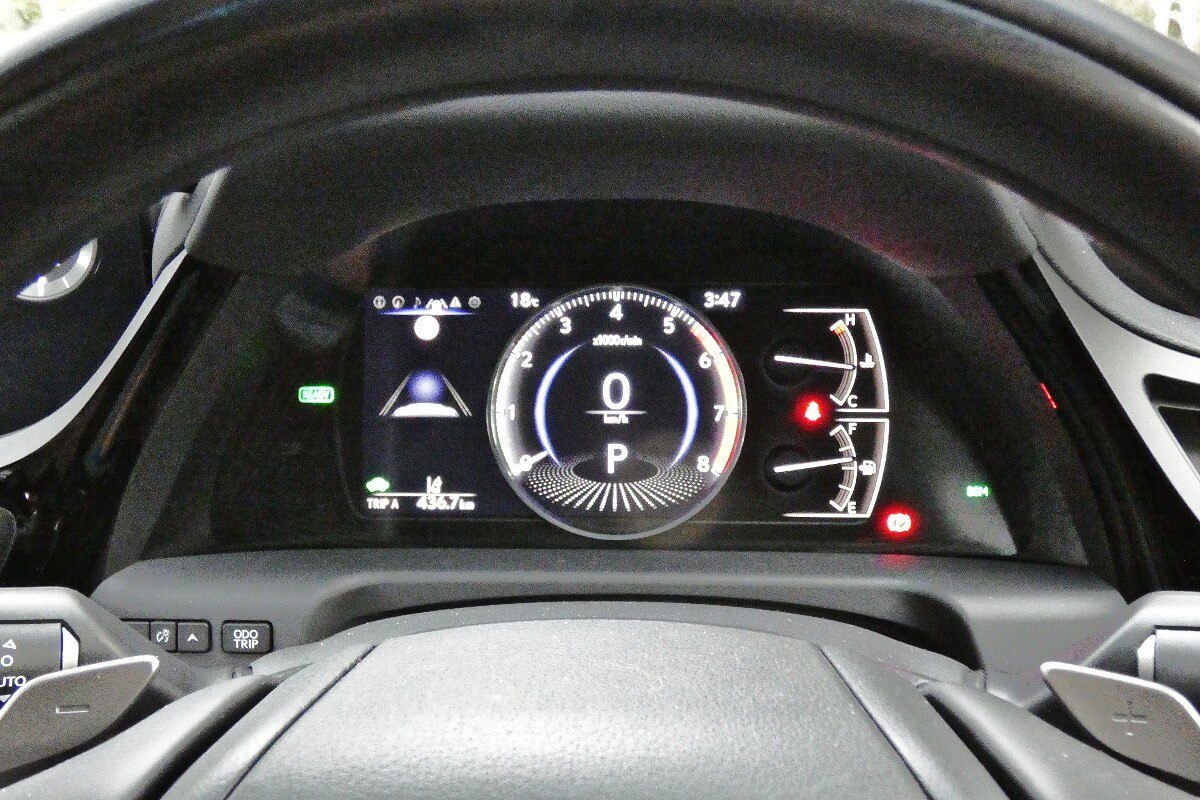 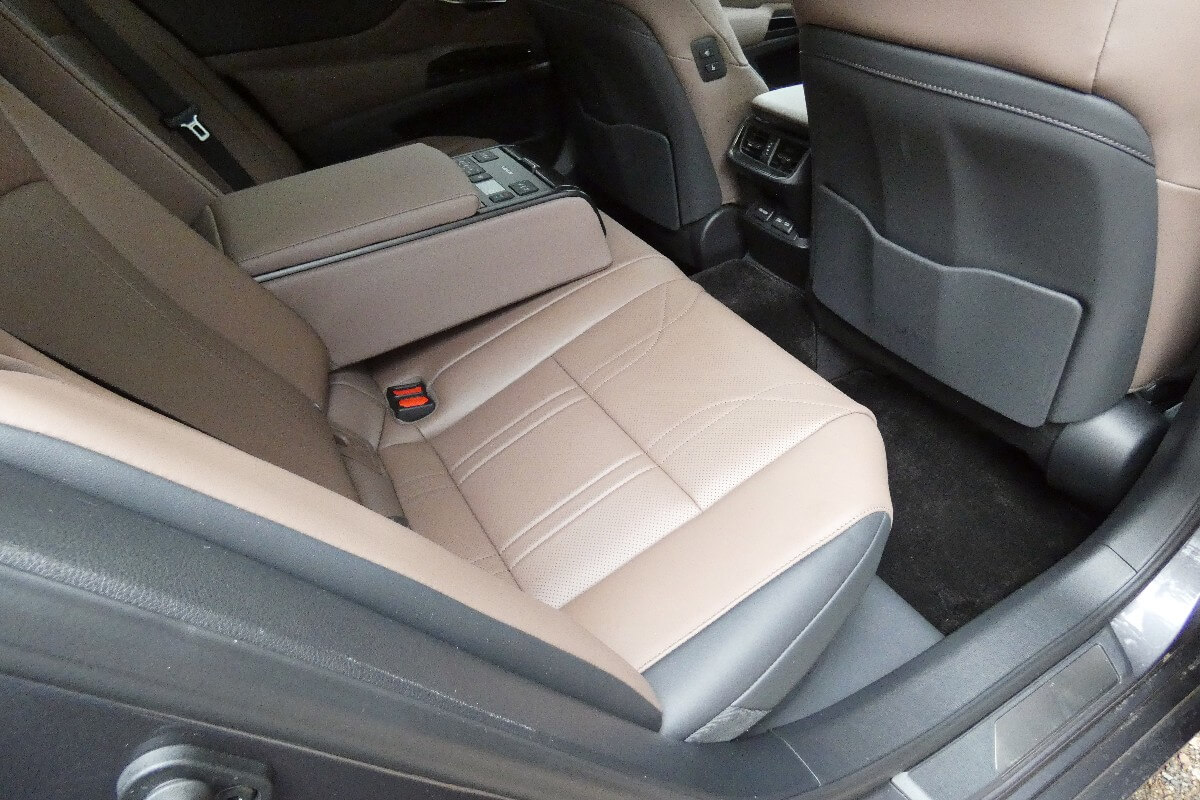 I was getting ready to hate this car.

Then, on the spur of the moment, I decided to go the long way around — to get off the motorway and give it some.

In manual mode, changing gears using the steering wheel paddles, the car emerges from the shadows, sitting flat and very much in control through corners, with nary a hint of breakaway.

Brakes are convincing too. Gets my vote. 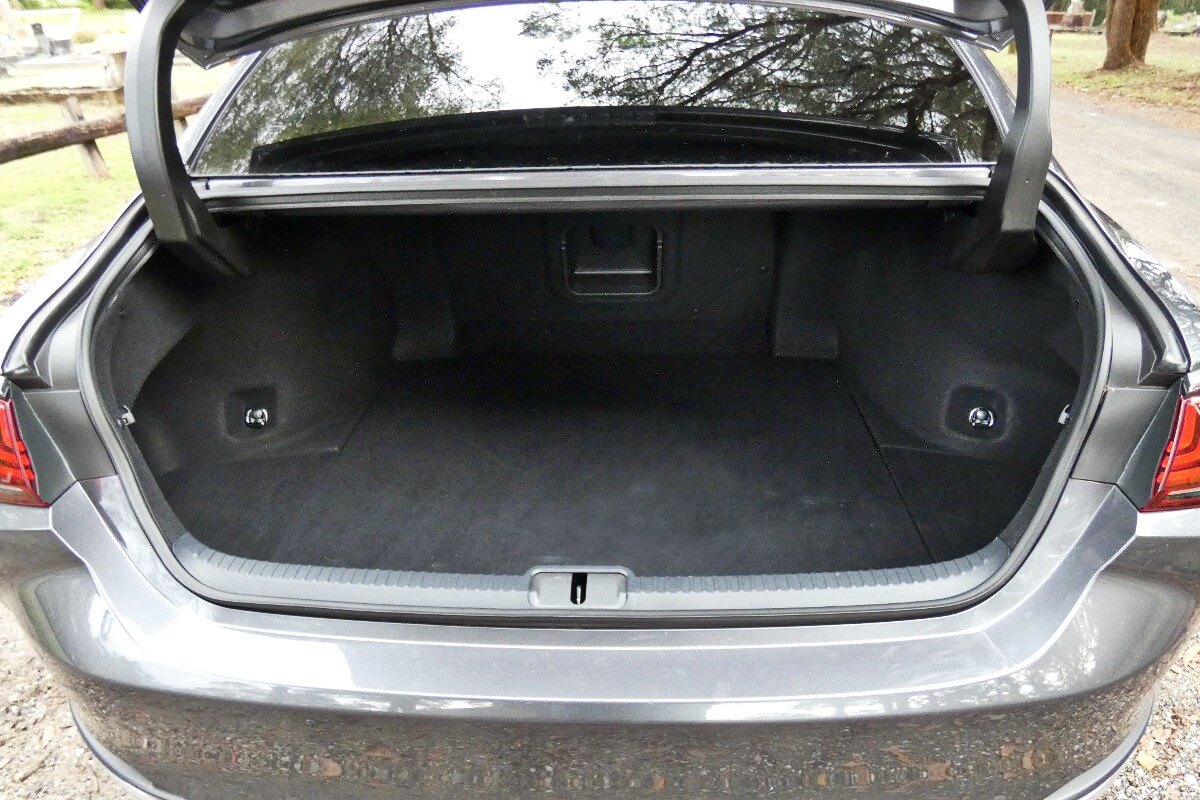 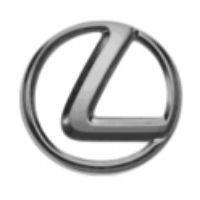 Check out deals on the Lexus ES300h