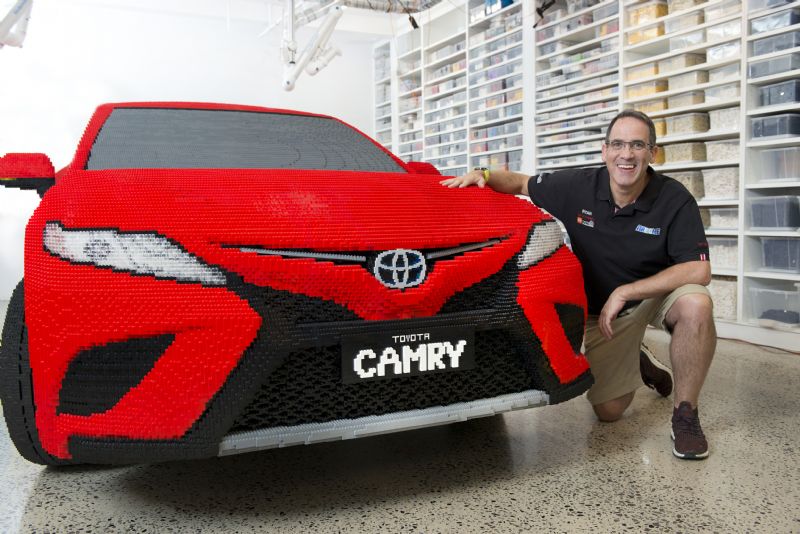 It’s all systems go for a full-size Lego replica of the all-new Toyota Camry that makes its debut today at the Brickman Awesome exhibition in Melbourne.

The high-quality replica took 900 hours to assemble over eight weeks, more than 40 times longer than Toyota takes to make a single car.

The Lego Camry was designed by Ryan ‘The Brickman’ McNaught, the only Lego certified professional in the southern hemisphere and one of only 14 in the world.

“I’m so excited to be unveiling my newest Lego creation – a life-sized Toyota Camry,” McNaught said.

“It’s taken over two months to build and comprises more than 500,000 bricks, but I’m really pleased with the outcome and can’t wait to see what everyone else thinks of it.

“I’m delighted we have partnered with Toyota and I’ve had this opportunity to build my first full-scale Lego car.”

The Lego Toyota Camry is on display at the Brickman Awesome exhibition in Melbourne Museum Plaza from Wednesday March 21 to Sunday April 29.

Tickets are available to purchase at www.ticketek.com.au