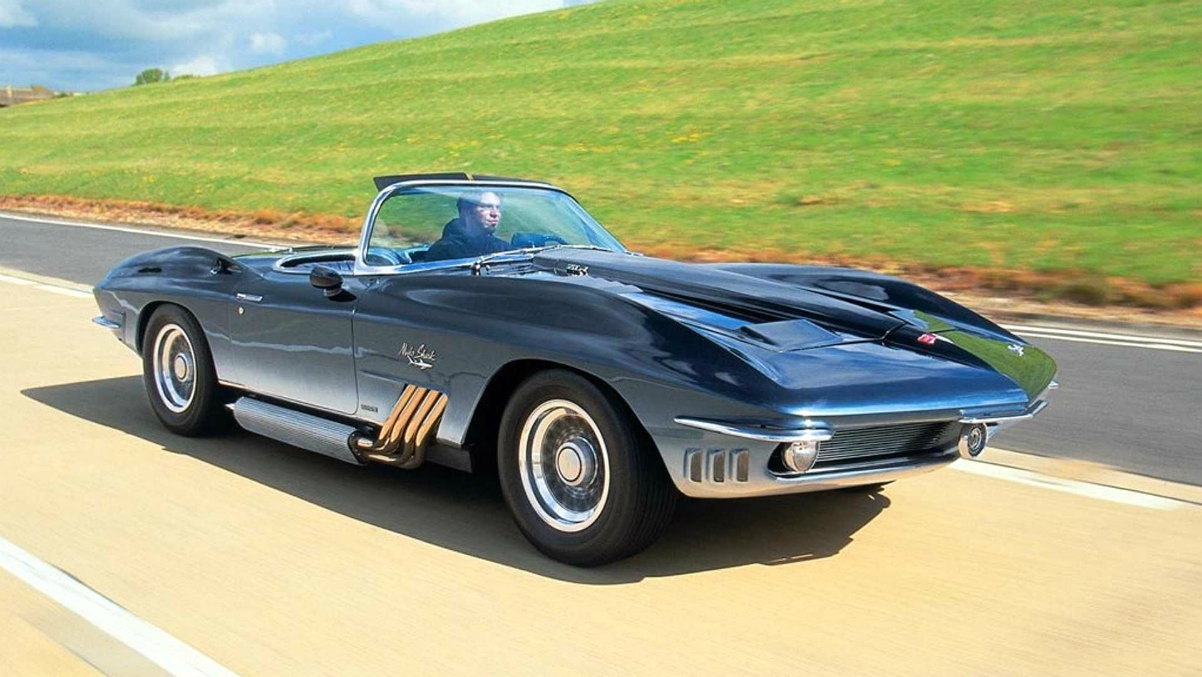 What’s a picture of a stuffed shark doing in a classic car column?

Well, it is a very influential shark. So influential in fact that it is kept in the collection of the Henry Ford Museum in Dearborn in the United States.

You see, this is the shark that was caught by GM design boss Bill Mitchell on a Bahamas fishing vacation in  the 1950s.

He had it stuffed and mounted on a wall in his office.

In fact, he liked it so much that in 1961 he turned it into a concept car and called it the Corvette Mako Shark.

It predicted the styling of the famous 1963 Corvette Sting Ray.

There’s an oft told legend behind the car’s colour scheme.

According to many sources, Mitchell insisted that the shark’s colours be replicated exactly on the car.

But, despite numerous attempts, his staff could not get the exact colour matches to Mitchell’s satisfaction.

So, they did the next best thing.

When Mitchell was out of his office on a long business trip they secretly took the shark off the wall and repainted it in the car’s colour scheme.

The designer is supposed to have been exceptionally pleased on his return to see they had “matched” the colours and never cottoned on to the trick they had played.

But it is a great yarn!

CHECKOUT: Scarab light years ahead of its time