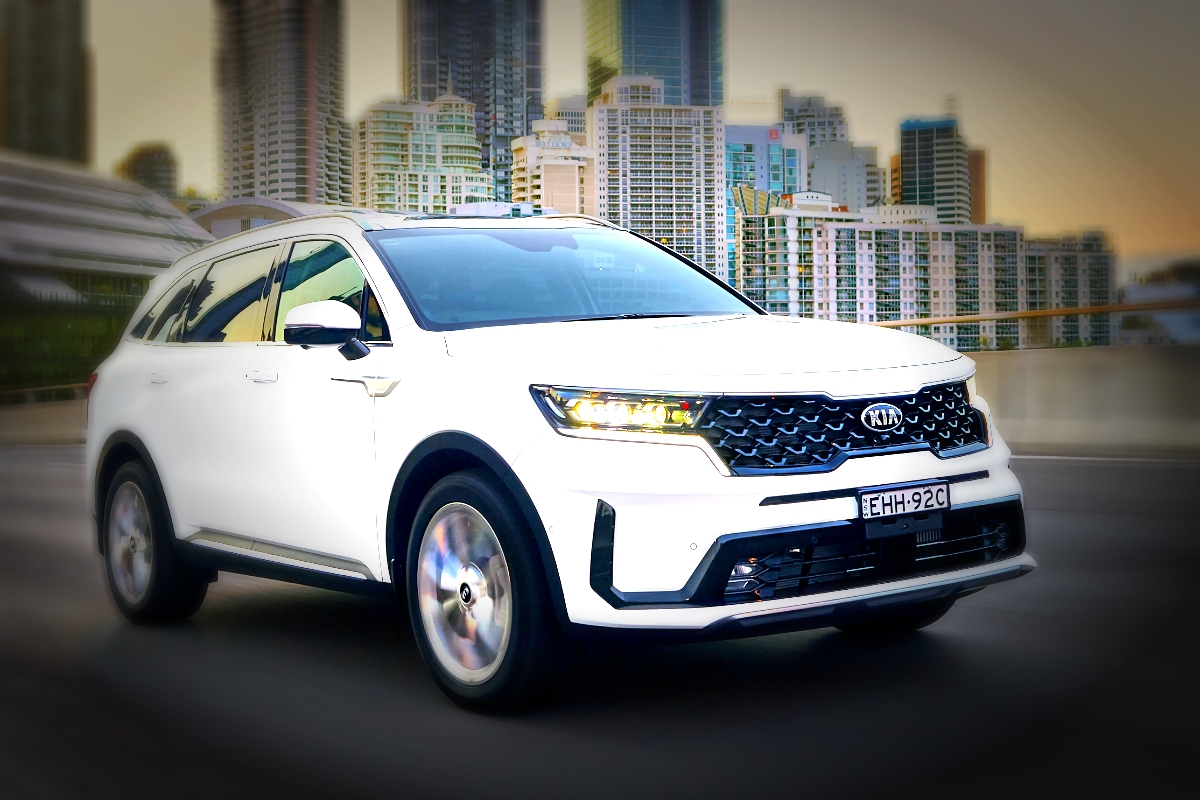 Home
Test drive
Kia Sorento: The hangover is over 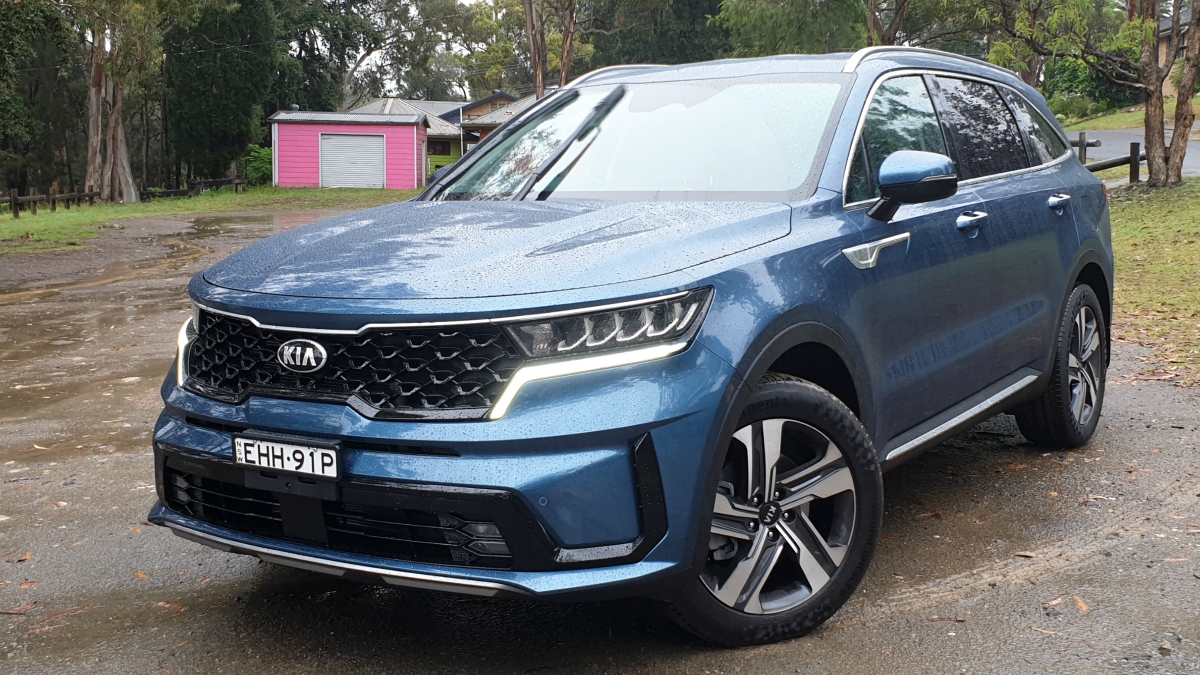 Kia’s 2021 Sorento is a fine example of what happens when a company works head down bum up to improve products.

In the space of just 15 years the brand has gone from producing basic and mediocre runabouts to genuine, world-quality automotive machines.

The Sorento range for 2021 is virtually new from the ground up.

The exterior has been overhauled and sharpened, the interior is more luxurious and fitted with tech for now and tomorrow — not last year.

Available in S, Sport, Sport +, and GT, the Sport + is the one for those that like the nice stuff but can live without the nice stuff.

All four are seven-seaters, all are available with a 3.5-litre petrol or 2.2-litre diesel, with the diesel having all-wheel drive and soft-road drive modes. 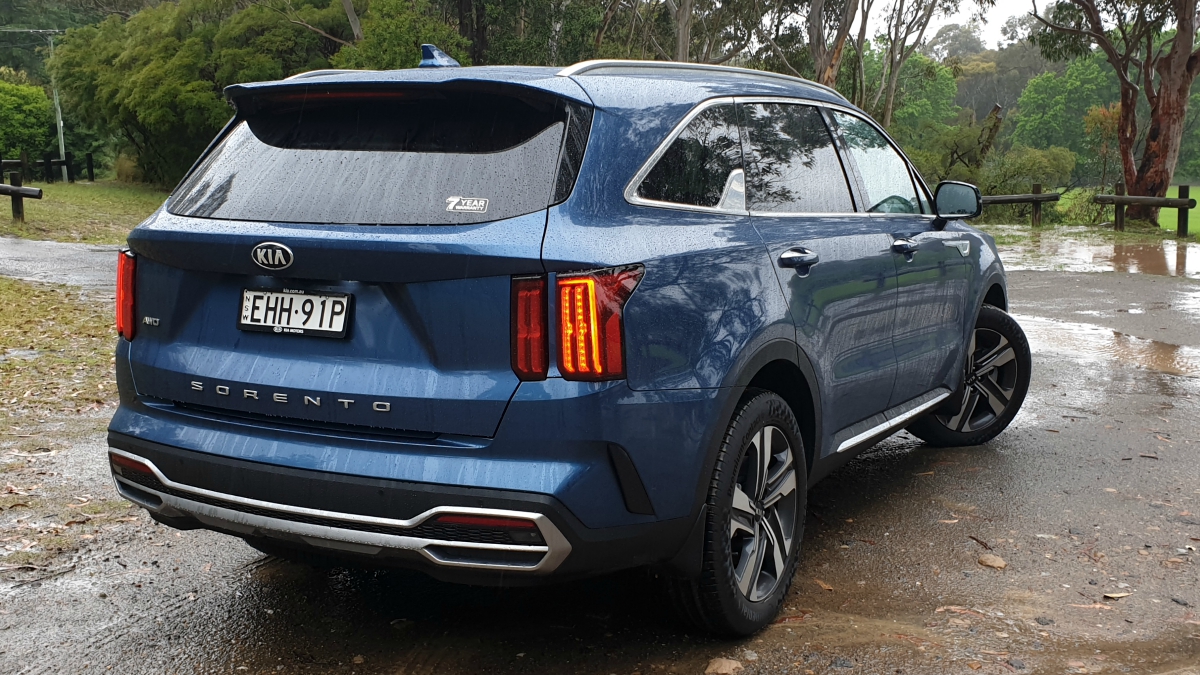 At the moment the Sport + is $57,390 drive-away including the Mineral Blue Premium paint.

That’s around $20K less than the bare-arsed Landcruiser recently reviewed. Admittedly the LC76 is a proper dirt eater, but lacks nearly everything else the Sport + has.

For starters there are new LED lights front and rear.

The new tail lights are twin verticals with a nod to an American muscle car.

The front is striking in its hard edge looks, a clear move away from the soft and ovoid model of the last couple of years.

In profile it displays a seemingly new Kia motif, with a fin as part of the C pillar.

It’s in an alloy look plastic and in our opinion clashes with the otherwise assertively good looking styling.

Head inside and it’s nearly all new.

The driver’s display looks largely untouched with a pair of analogue dials bracketing the digital display.

The dash itself is well laid out and the binnacle is superfluous.

New is the widescreen look spreading from the passenger’s right side all the way across to the right.

The larger touchscreen is designed to show split screens.

Underneath are haptic touch tabs for the climate control but they’re not always successful in their activation.

The aircon vents bear a striking resemblance to the tail lights of an HR Holden.

On the passenger’s side of the dash, and splashed around the doors, is a metal look plastic embossed with arrow head-styling.

It looks nice but is a sun-catching, light reflector too.

Drive selection is via T-bar auto; the GT gets a Jaguar/LandRover style rotary dial.

There is also a button and dial (press and rotate) to move between on-road and soft-road modes.

At the front end of the centre console are three USB ports.

Two are for charging, the third for smartphone connectivity.

The driver’s seat is 10-way adjustable. The GT gets that for the passenger seat.

The third row seats are operated by a wonderfully simple pull strap.

The middle row has power tabs to move and fold, making access and flexibility to the cargo area.

Boot space has grown; fold the second and third row and there is 2011 litres, up by a huge 349 litres compared to the previous model.

Safety-wise it virtually lacks for nothing. 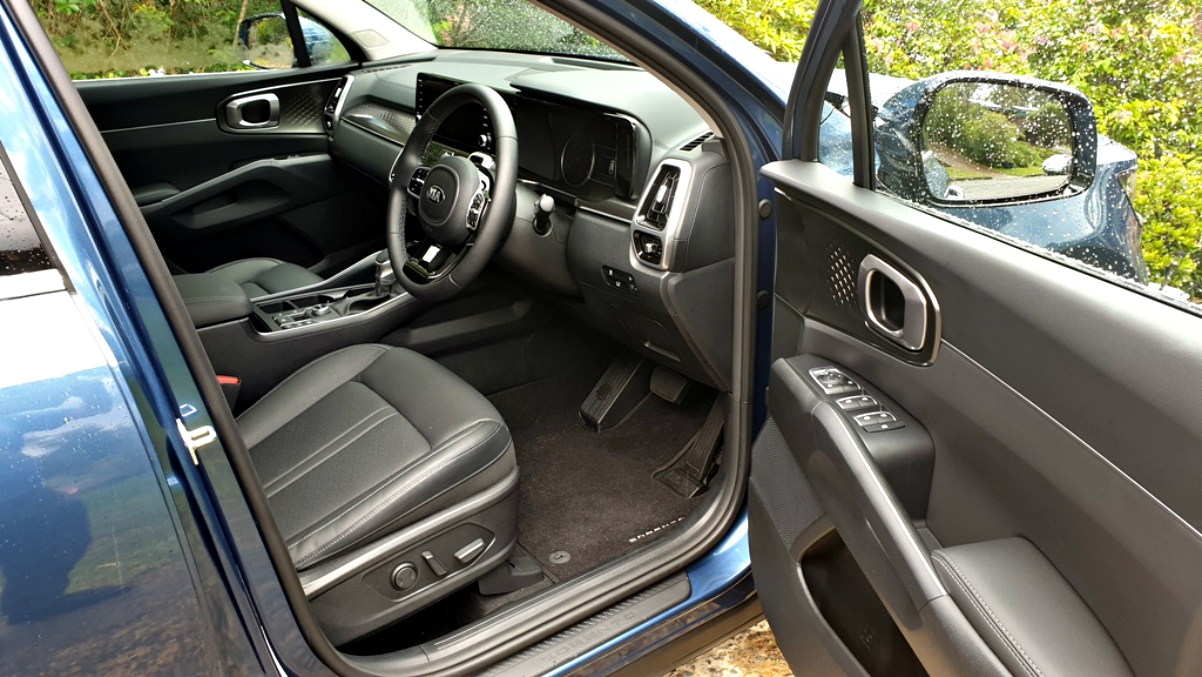 The actual capacity of the diesel is 2151cc, not that the missing 50cc from the nominal 2.2 litres is noticeable.

The Smartstream diesel is a firecracker, with 148kW. More importantly, there is 440Nm of torque from 1750rpm to 2750rpm.

This makes the 1908kg (dry) Sorento Sport + surprisingly easy to get up and running.

Standing starts acceleration, rolling acceleration, and cruising is as easy as blinking, such is the tractability of the diesel and 8-speed auto.

The changes are slick, both with gentle driving and go-hard punting.

The AWD system is a torque-split setup; when activating the drive modes such as Mud or Sand, it apportions torque front to rear appropriately.

Mazda BT-50 Thunder: On the money?

The latter is the one we used the most as the artificial intelligence learned our particular driving style.

The suspension is spot on with local Kia staff working heavily with head office to define the suspension tunes for Australia.

Supple, sporting, comfortable, taut, it’s an ideal mix in the Sport + for gentle cruising or hustling along.

Although more than 2 tonnes with fuel and cargo, there is absolutely no issue in giving the Sport + its head as it really can be thrown around with gusto.

The steering is light enough to make everyday driving as fuss free as possible, and weighted so highway sprints can be enjoyed. 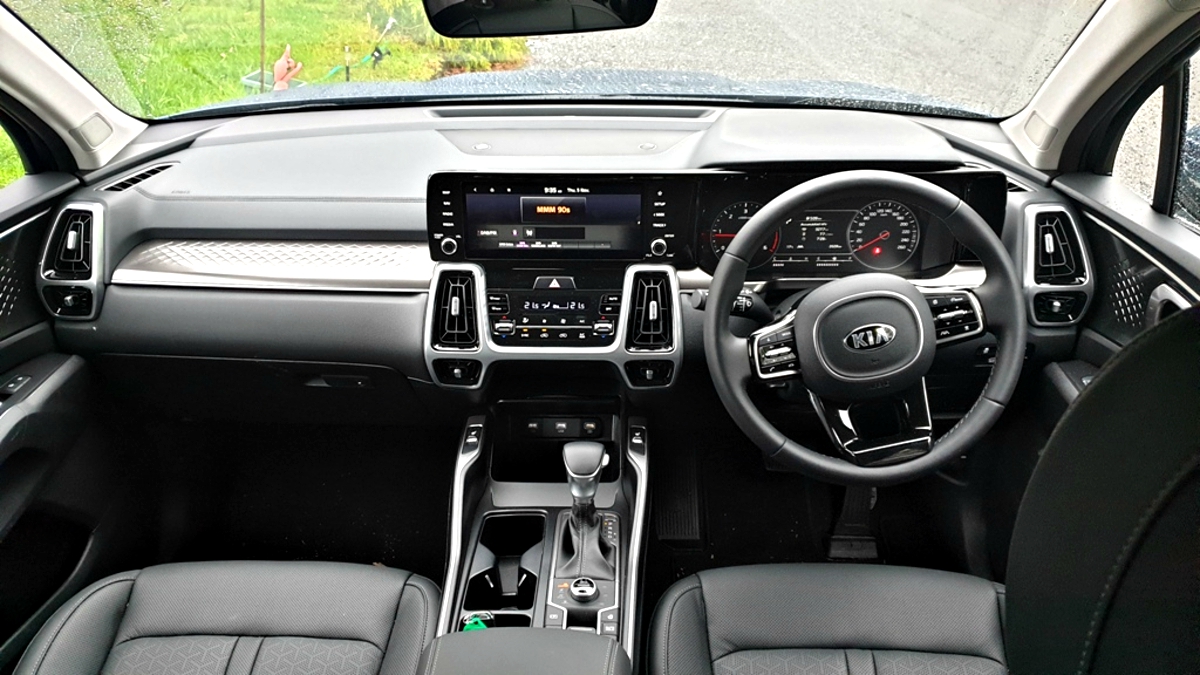 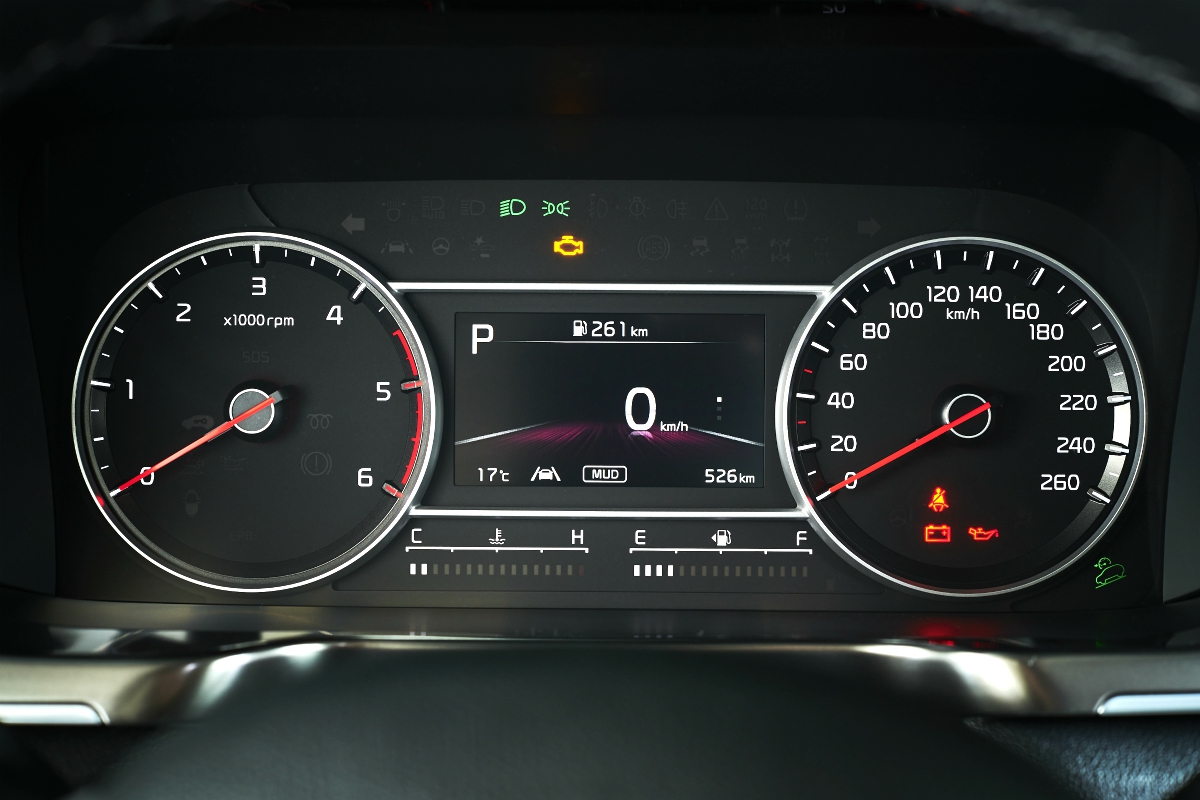 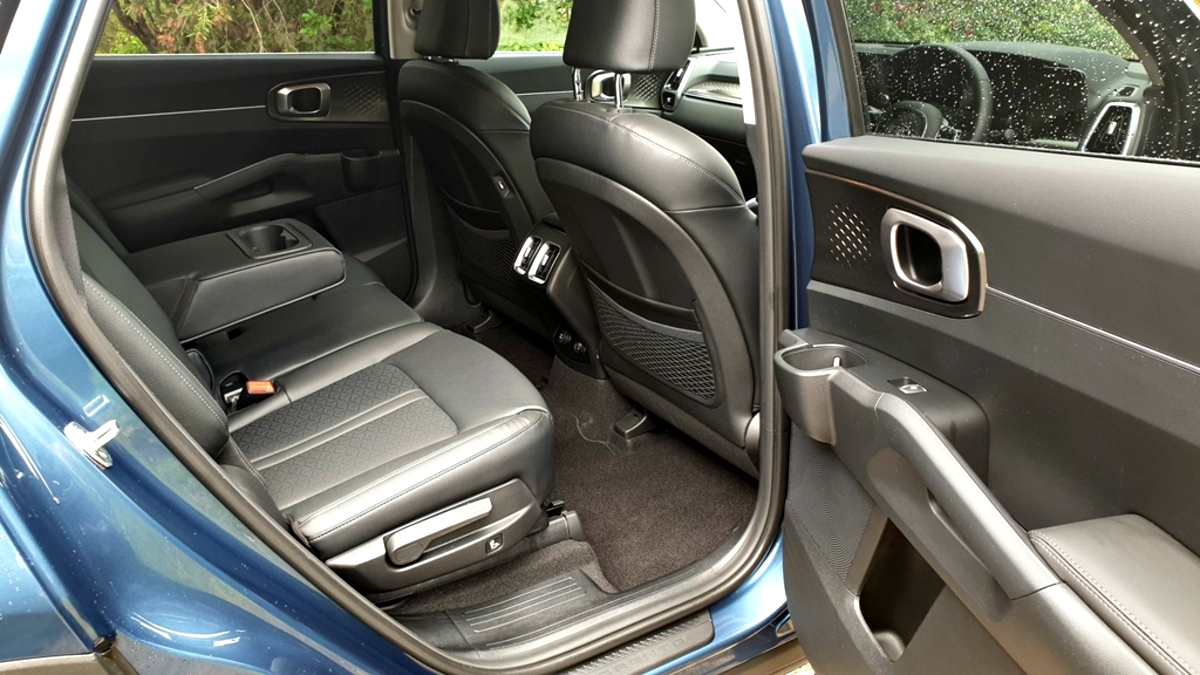 Kia is a brand that has a hangover from 15 years ago.

It’s a hangover that for still far too many, just won’t go away.

The cure for that hangover is, for those too many, pretty simple. Cast aside the prejudice and idiotic attitude. 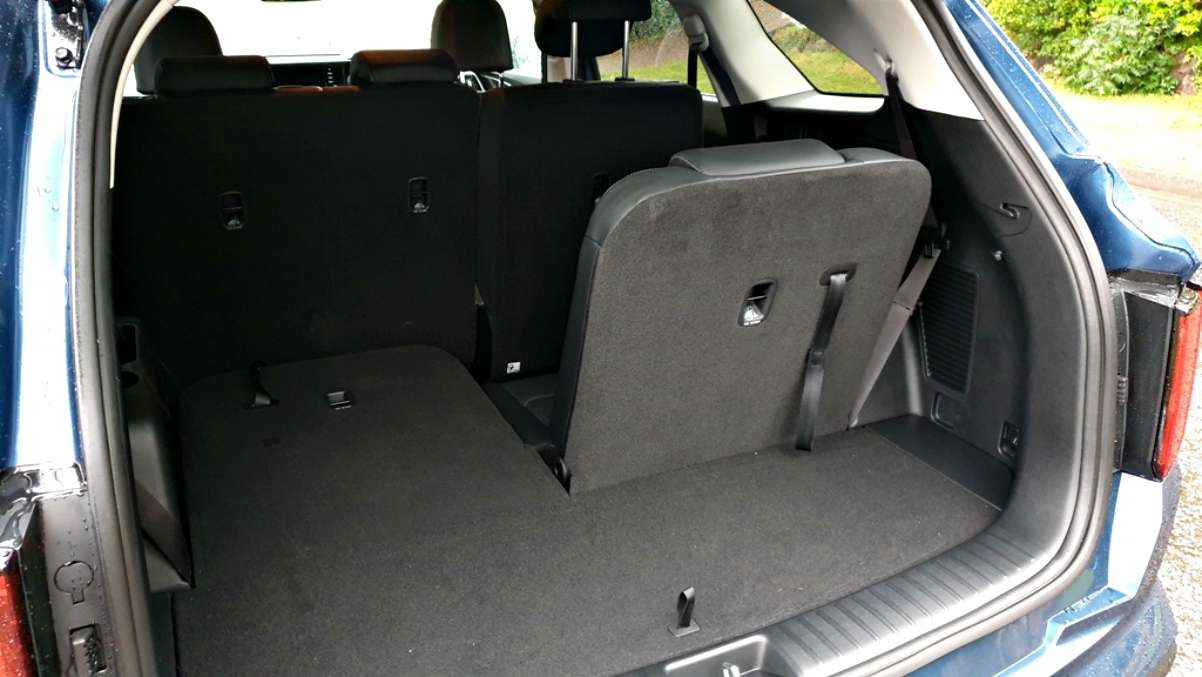