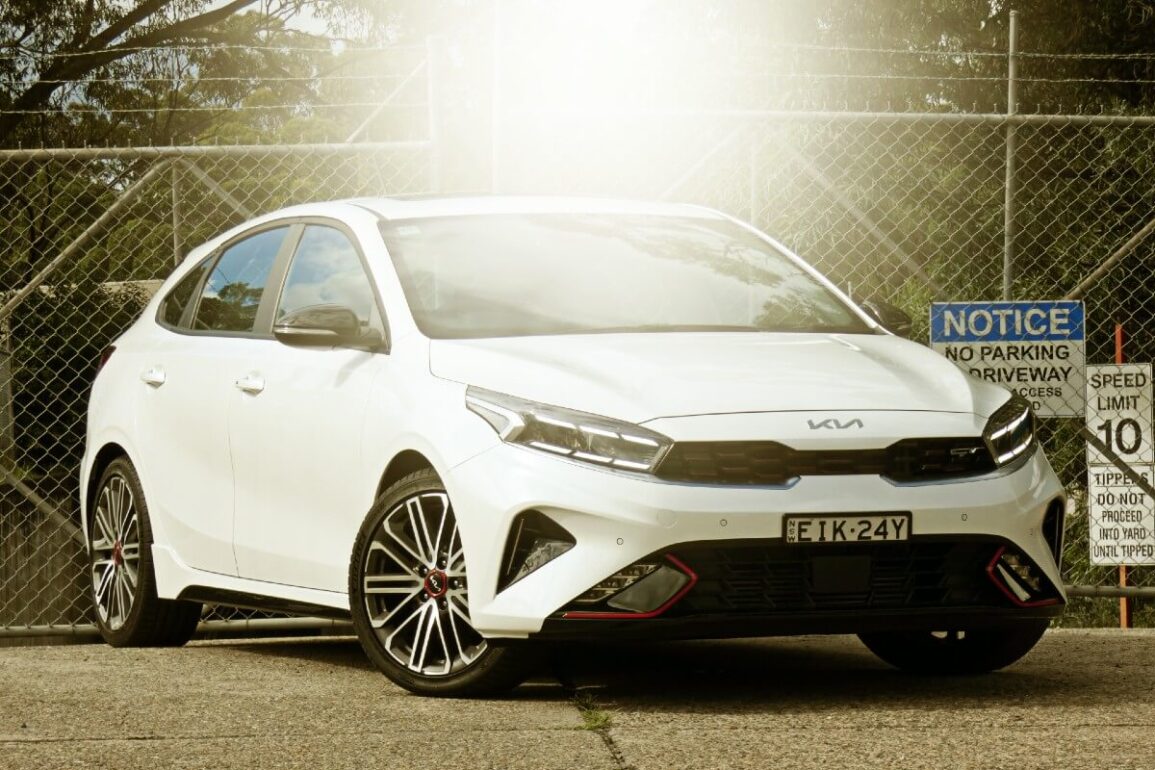 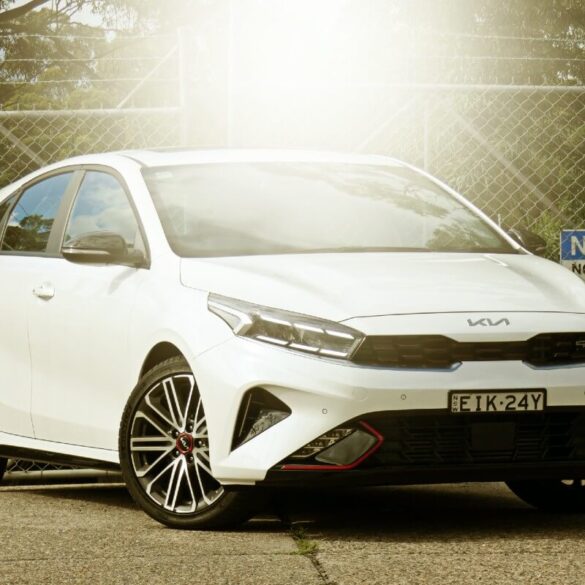 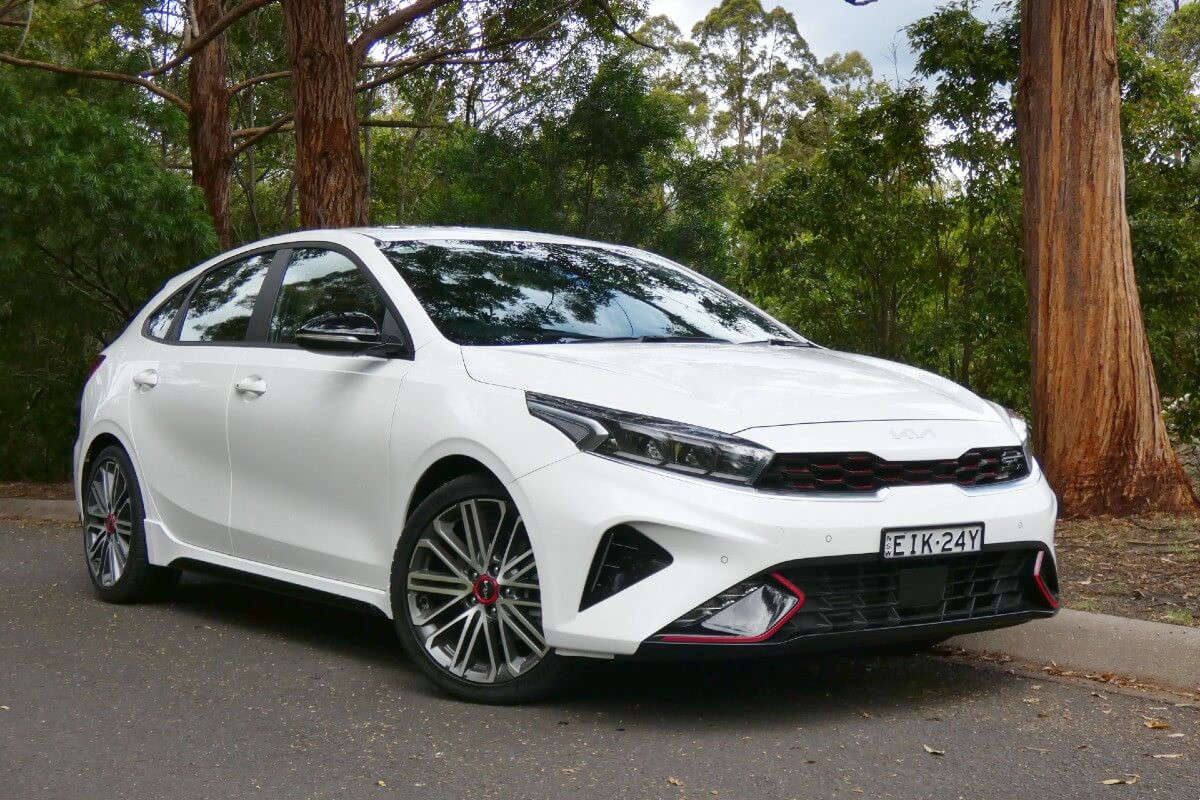 When you’re on to a good thing, it’s time to charge more for it.

At least that is the philosophy Kia seems to have adopted with its popular boy racer Cerato GT.

When the car was released three, or was it four years ago, it was $31,990 driveaway for hatch or sedan, an absolute bargain for the kind of performance it offered.

Cerato GT is still a good thing, but not the bargain it once was, as the price has steadily crept north. Nowadays, you’ll pay $36,990 — or about 15 per cent more for the same thing. 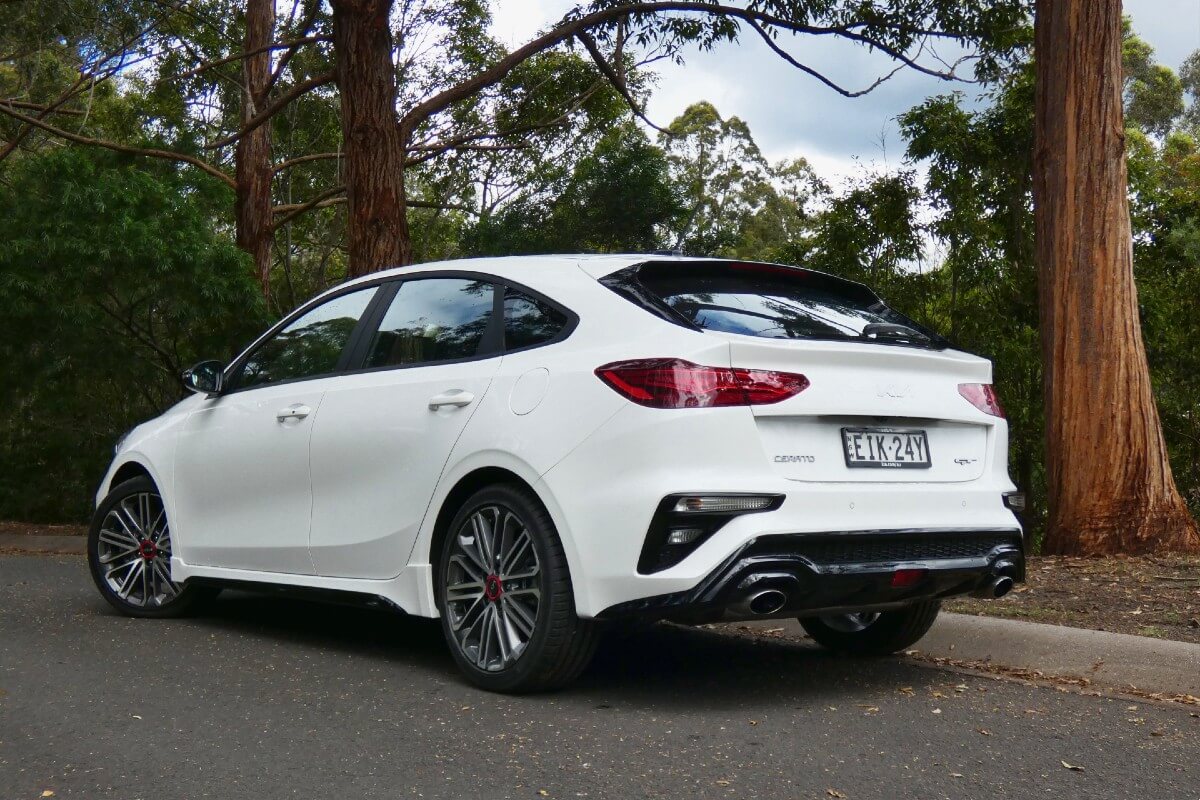 Cerato GT is a great alternative for those who can’t afford the Kia Stinger.

It’s not as big, nor as impressive to look at, but it certainly Fun to drive with a capital ‘F’ — and that’s the all-important thing.

Now in its second iteration, with flashier, more radical styling, you get some added value for the extra five grand.

A top and tail sees restyled headlights, radiator grille, front bumper and fog lights, while the rear gets updated tail lights, boot and rear bumper lines — the sedan that is, the hatch stays largely the same.

GT now comes with a tilt and slide sunroof, electronic parking brake and rear occupant alert — at least I think that’s the size of it.

They’ve also done some further work on the suspension, but more on that later.

Consulting the fine print and it says leather appointed “may comprise” of genuine leather, polyurethane and other man-made materials or a combination thereof (you never can tell). 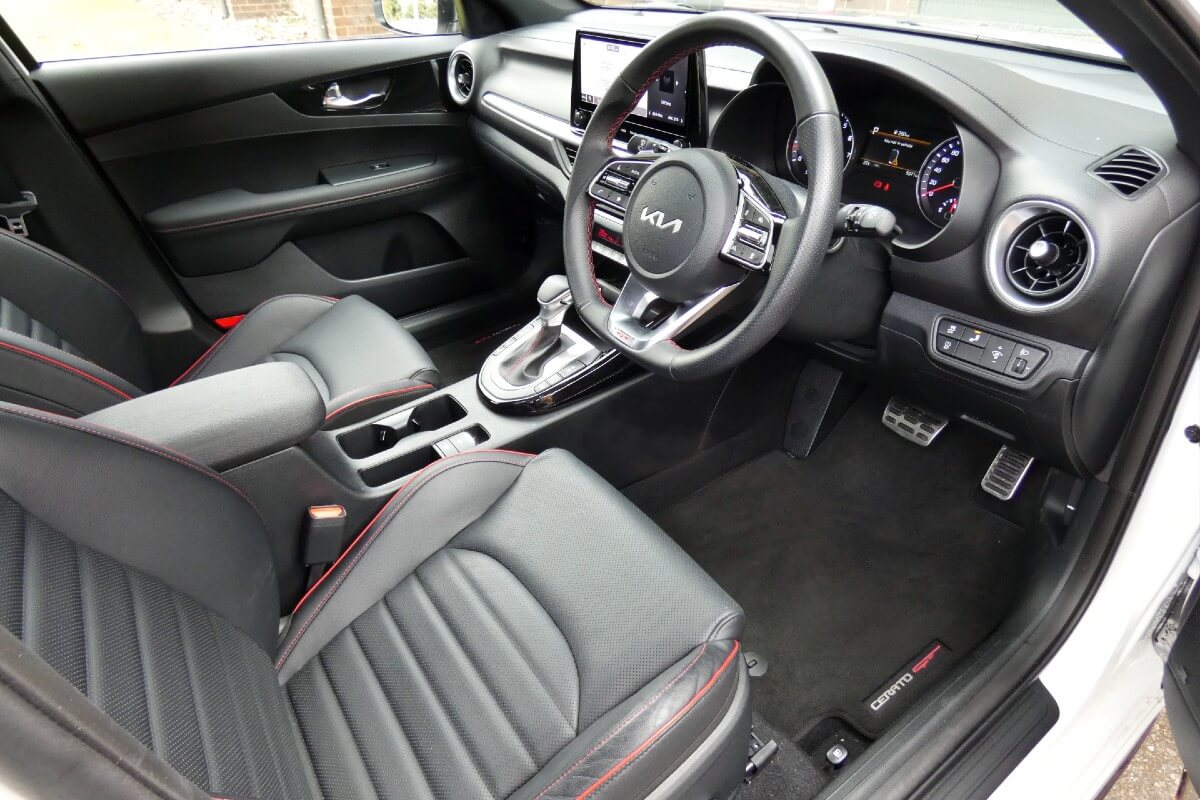 Our test car this time around was the hatch, although we prefer the look of the sedan.

The hatch also weighs about 25kg more, not much but as they say — every bit counts.

Regardless power comes from a 1.6-litre turbocharged four cylinder petrol engine that produces 150kW of power at 6000 rpm and 265Nm of torque from 1500-4500 rpm, with drive to the front wheels through a 7-speed dual clutch style gearbox.

Sorry, guys n’ gals — but there’s still no manual. In fact,  the six-speed manual gearbox has been deleted from all models.

It’s the same engine that has been used in a growing number of models spanning the Kia/Hyundai range, most notably in the odd-bod three-door Veloster.

Cerato received a mid-life update in June last year and as part of that update, engineers did a bit more work on the suspension setup.

The enhanced sports tune we’re told is designed to provide a better balance of ride and handling, particularly when it comes to rough roads and stability in corners.

Fuel consumption is a claimed 6.8L/100km for hatch and 6.9L/100km for the sedan (both figures ironically better than the 7.4L for the standard 2.0-litre model).

There’s four different drive modes too, with Smart, Eco and Comfort accessed via a switch — plus a hidden Sport mode of sorts.

Smart adapts to your style of driving.

Sport mode is accessed by pulling the gear shift towards you, which sharpens steering and delivers faster, more aggressive gear shifts.

GT rides 10mm lower than a standard Cerato, with upgraded, independent rear suspension, to make it ride and handle better, particularly when driven with enthusiasm.

Although there’s no manual change, the twin-clutch auto stamps its own character on the drive experience, offering fast seamless gear changes via steering wheel mounted paddles.

When you’re up it, the transmission stands ready to respond at an instant, but has a tendency to doze off after you have been cruising along for a while.

By that, I mean it takes a second or two to swing into action if you suddenly ask it the question — for instance to make a quick overtake.

GT’s steering carries over highlighting the difference between Normal and Sport modes.

The beefier brakes are more than up to the job, with plenty of bite even after repeated hard application going into corners.

We give it to the MAX

Kia’s tuning gurus have done a remarkable job considering they started with a car that is little more than a shopping trolley.

But you pay for it as a daily driver with a ride that is quite firm with little suspension travel to soak up bumps in the road.

In fact, compared to the car we drove in 2019, the ride is worse, suggesting the changes they made were targeted primarily at making it handle better — in other words further screwing down the suspension.

It takes standard unleaded, but really you’d have to be crazy not to feed this one the good stuff — for the performance alone. 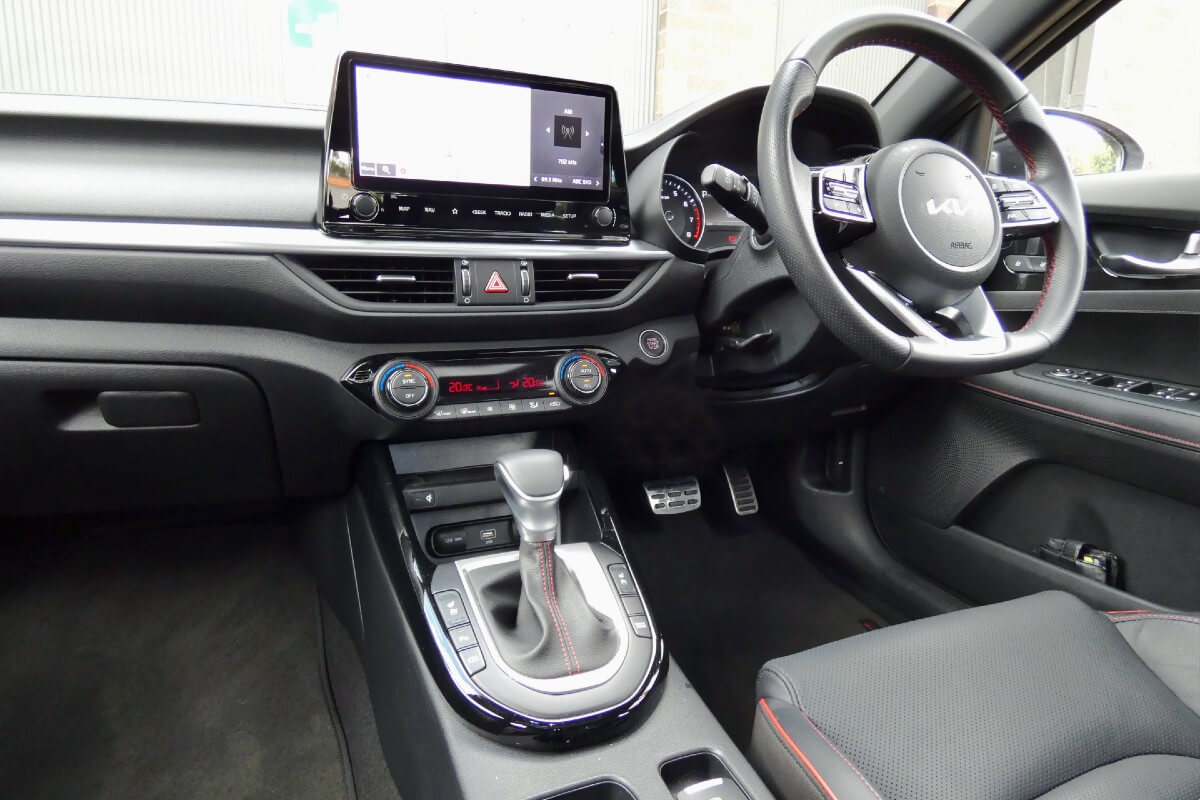 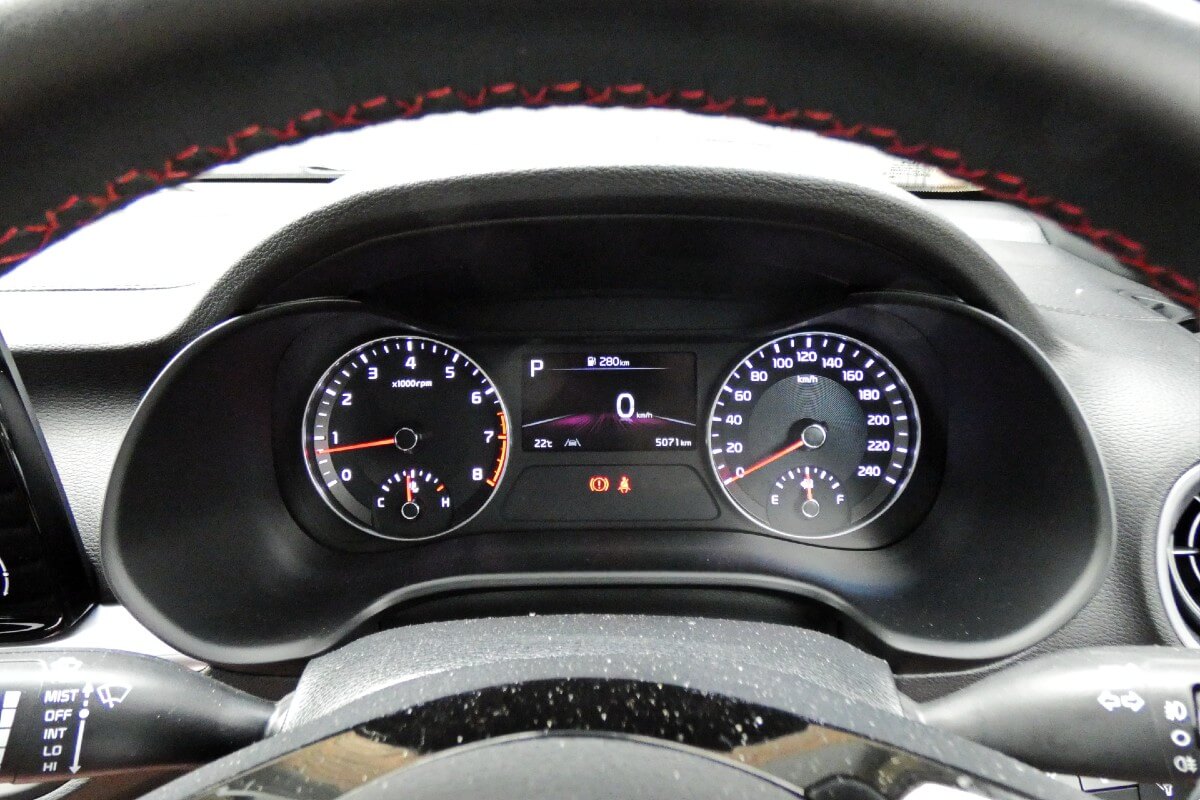 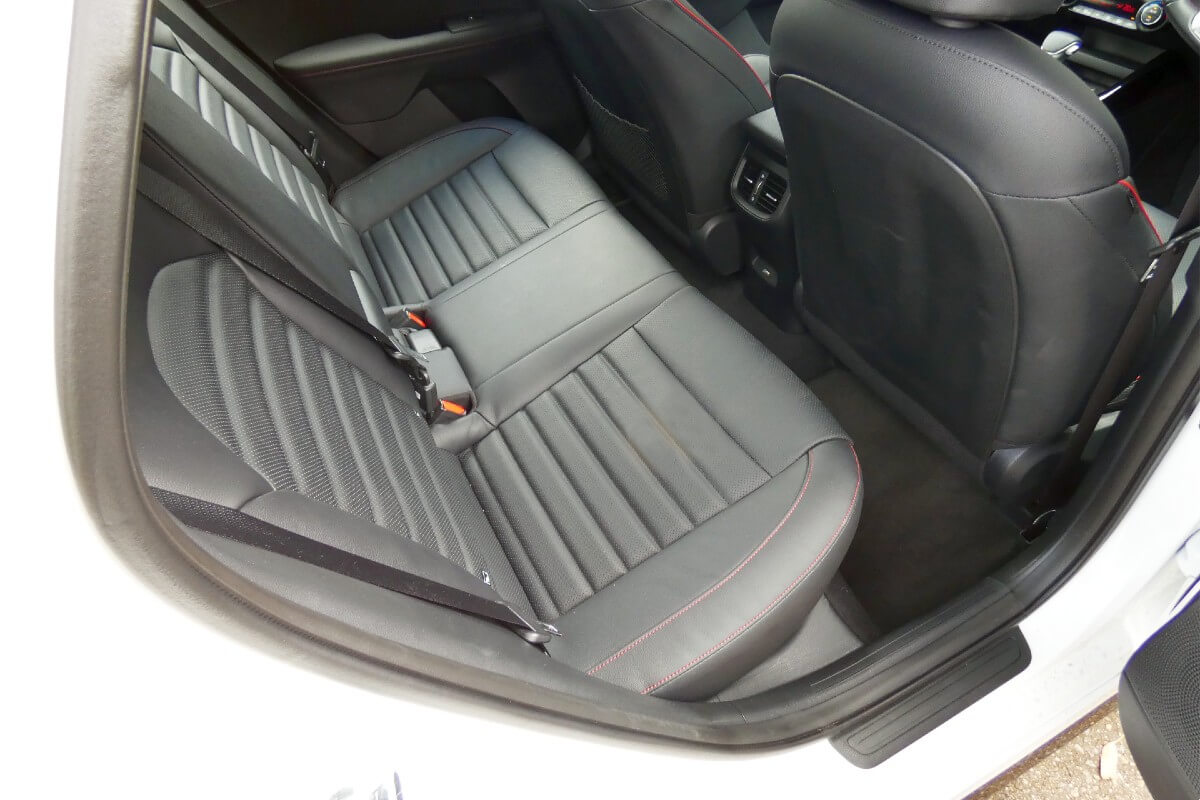 To be honest, I think the car has lost some of its appeal, either that or the rest of the market has caught up.

Given the choice, I’d opt for the original suspension setup which I reckon was more compliant, specially as a daily driver.

On the plus side the GT still offers that rare combination of style, value and performance that doesn’t come along very often. 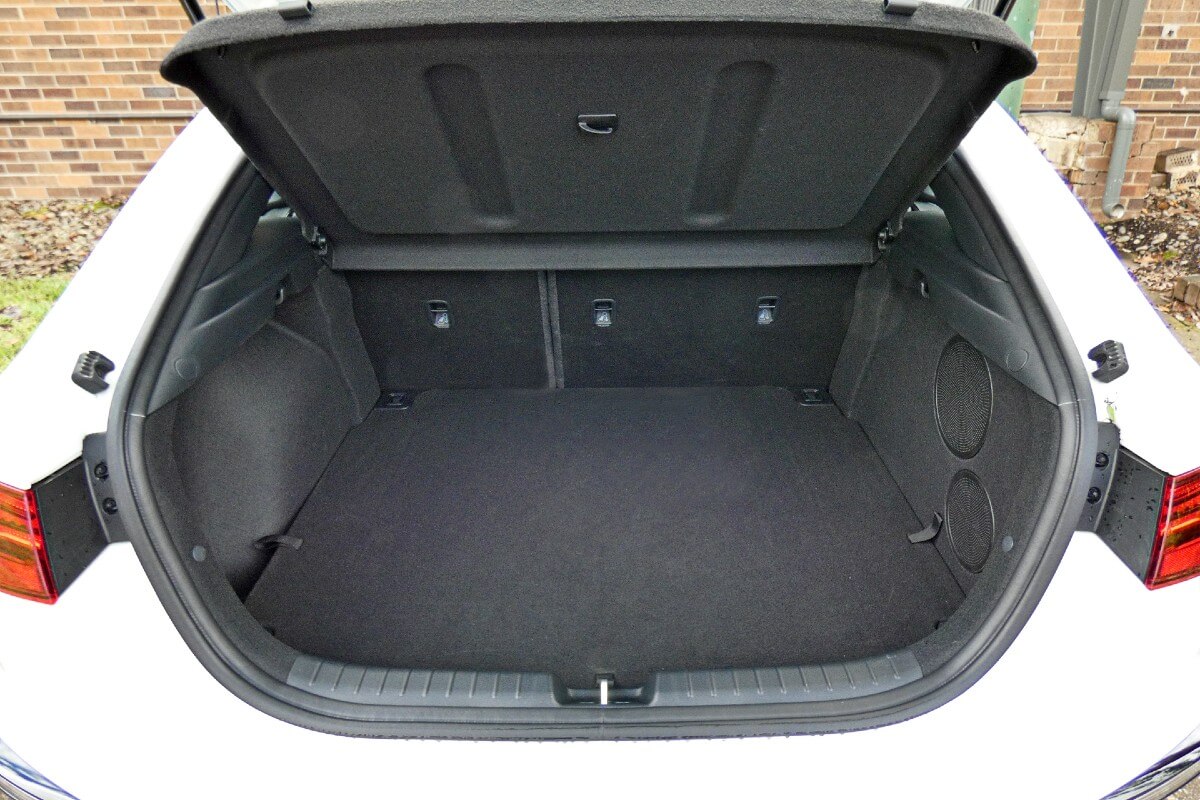 Check out deals on the Kia Cerato