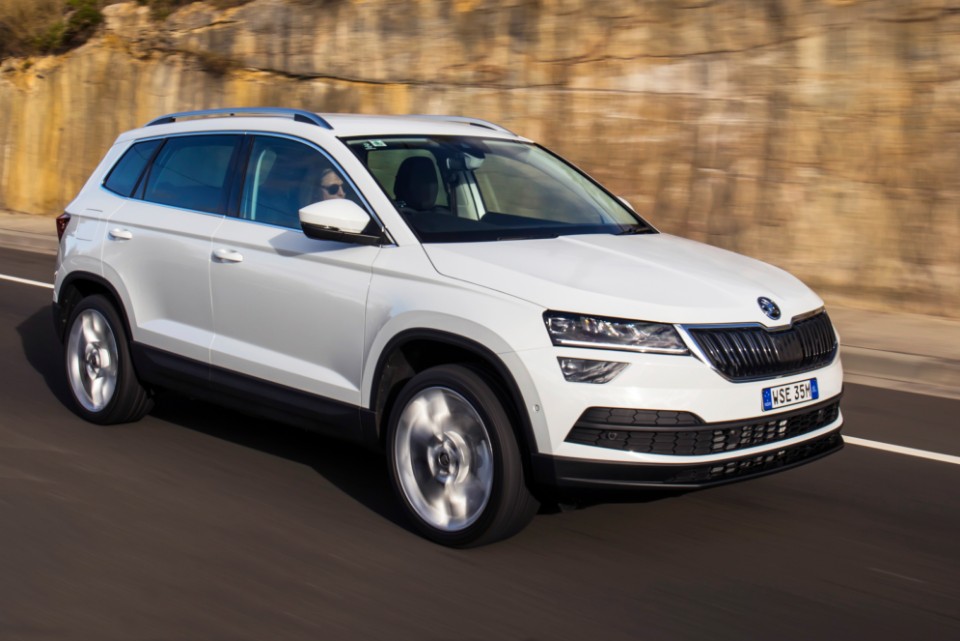 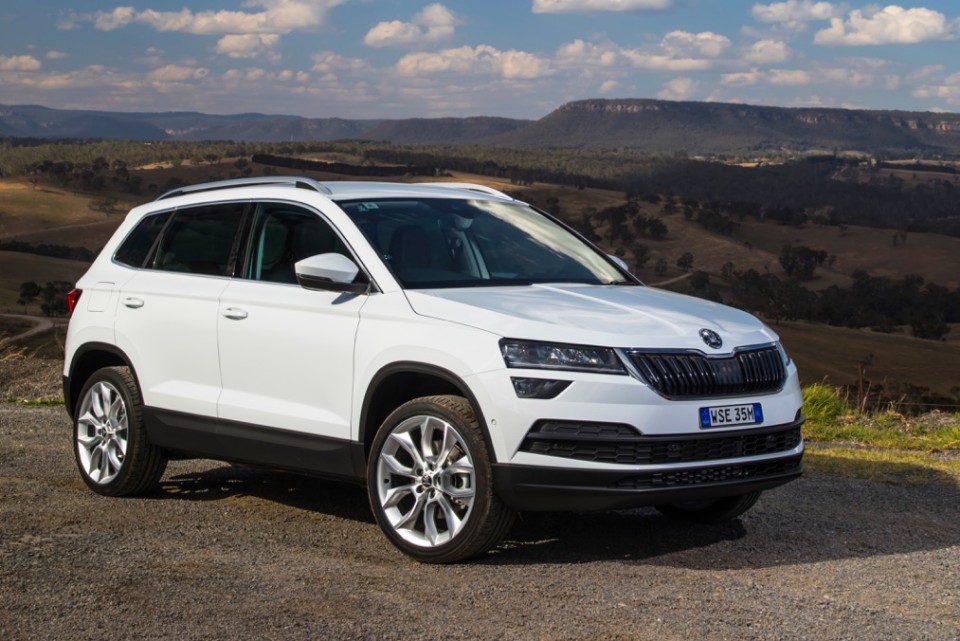 Skodas have always been interesting vehicles and before Emil Skoda took over the company in 1869, it was Europe’s leading arms manufacturer.

The Czech company was the world’s first maker of motorcycles (in 1899) and its products, even today, include locomotives, aircraft, ships, machine tools, steam turbines and lot of other stuff.

Its first car arrived in 1905 and now Skoda runs second only to Porsche in the giant Volkswagen Group’s profit-making brands.

Today we’re talking about its Karoq, a relatively newcomer to the medium SUV scene and a size bigger than the quirky Yeti, but smaller than the seven-seat Kodiaq.

It has some surprising features, among them a four-cylinder petrol engine that switches to two cylinders when it doesn’t need four-piston oomph, its impressive Varioflex system that allows for the easy folding or complete removal of the back seats and a wad of standard electronic safety features.

The test car also had another ‘wow, what was that?’ feature, one I hadn’t come across in all my years of motor scribing.

It was a variety of unnerving clunks, thuds and cracks that occurred at irregular intervals and reminded me of the company’s days in the arms business.

The clunk was like a box of size 9 Steel Blue industrial bolts being dropped from two metres on to a wooden floor. A minute or two later it was followed by a muted thud, then a couple of sharp cracks, like a .22 rifle being fired inside the car.

I checked the big cargo area — no boots, boxes or guns in there — and failed to locate the origin of the three distinctively different sounds.

And just when I thought the weird noises had settled down, they’d start again.

I was also less than impressed with the airconditioning, which left the interior humid even when turned down to 16C.

Then, suddenly, it would come on with a blast.

Partly because the Karoq has an exceptionally well insulated interior, I couldn’t tell if the noises came from the front, sides or back of the car, but True Love, who is blessed with acute hearing, said it was from the centre, under the dash.

No loose connections there or under the surprisingly heavy bonnet, so I got Dr Rob Bobla to take the explosive Karoq for a run.

“I’m pretty sure those loud noises are the flaps or valves on the system being whacked open and shut by an over-sensitive sensor, hence the hassle with the ventilation.

“It might need a replacement aircon system or part, but the car has a five-year warranty, so it’s an easy fix.”

So I lived with it for the rest of the review, and most other features turned out to be of the good, or excellent kind. 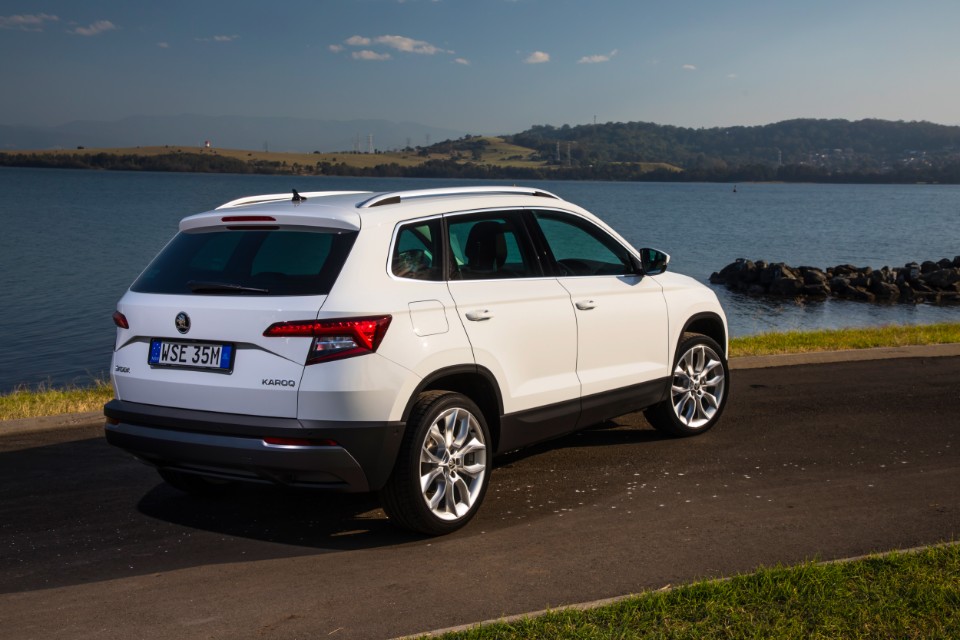 The driver gets a flat-bottomed, three-spoke, multifunctional chrome-decorated leather steering wheel with radio and telephone controls, and a trip computer with a high resolution colour display.

There’s comfortable cloth seating for two, three, four or five people, depending on how you configure the interior and a neat touch is the provision of holders for phones or tablets on the back of the front seat headrests.

Few Karoqs leave the showroom in standard form because of a trio of quite enticing option packs.

Alternatively, you can get the best features of all three in Skoda’s Launch Pack. 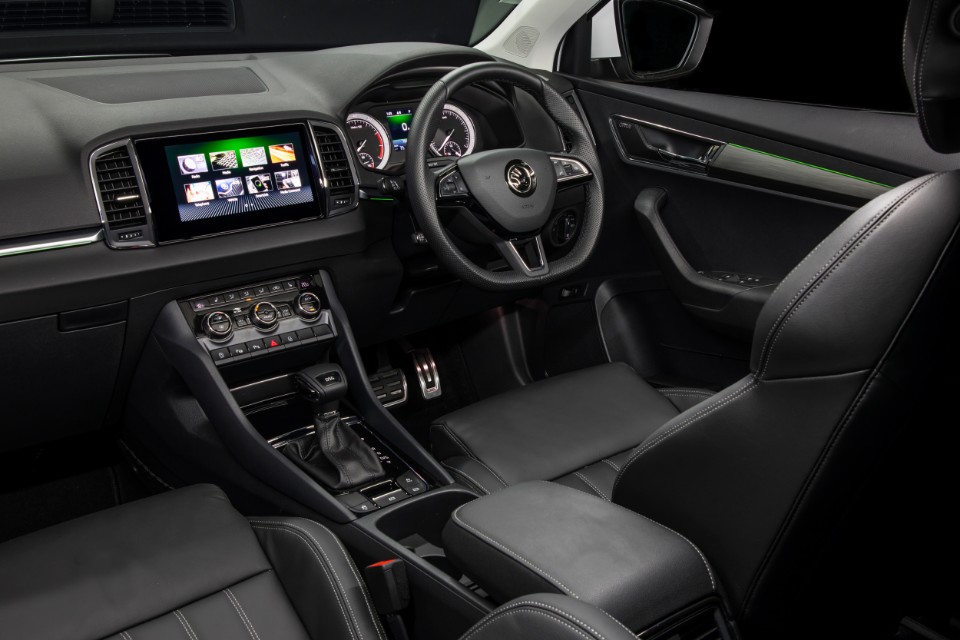 The Karoq has quite a fresh look in today’s sea of SUVs and is probably the most versatile, with a cargo availability of 1810 litres.

It starts with all seats in place at 479 litres, which is more than decent, and grows bigger as the seats are folded, or removed. It has few equals, even among the truck-based SUV behemoths.

Other clever and welcome bits of kit include a removable LED torch, an umbrella, cargo nets, a reversible boot liner and adjustable hooks for shopping bags.

Karoq is powered by a 1.5-litre four-cylinder turbo petrol engine which drives the front wheels via a  six-speed manual or seven-speed dual-clutch automatic transmission.

Our auto test car came within a whisker of equalling the claimed 5.7L/100km. We recorded 5.9 on our usual city/suburban cycle and we also did about 200km on a fairly flat freeway, where the car switched to two-cylinder power when we hit a steady cruising speed.

Switching back to all four cylinders wasn’t noticeable. It’s a sophisticated beastie and it has the zip to take the car from 0 to 100km/h in 8.6 seconds.

It has a light and precise electro-mechanical steering, and there’s even a ‘park assist’ function.

Another of the many features is start-stop, which switches off the engine while you wait at traffic lights. I don’t particularly like it, and it can be switched off – but resets when you start up again.

Visibility is fine except that the big mirrors, mounted close to the A-pillars, tend to block out a chunk of close-up vision.

Skoda plans to add a more powerful all-wheel drive version to the Karoq fleet next year, but I doubt it would be as fuel-efficient as the front wheel driver. 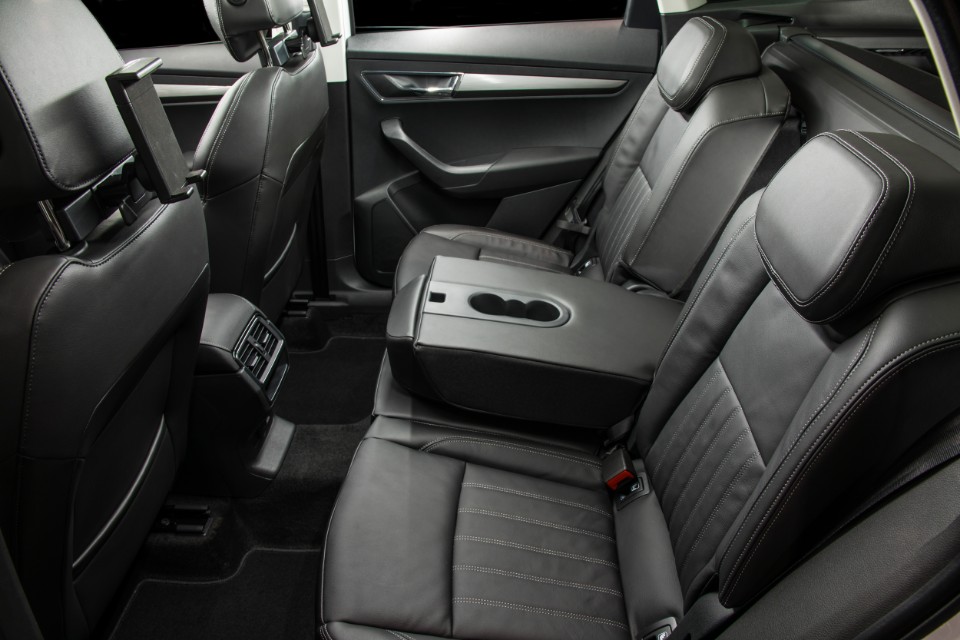 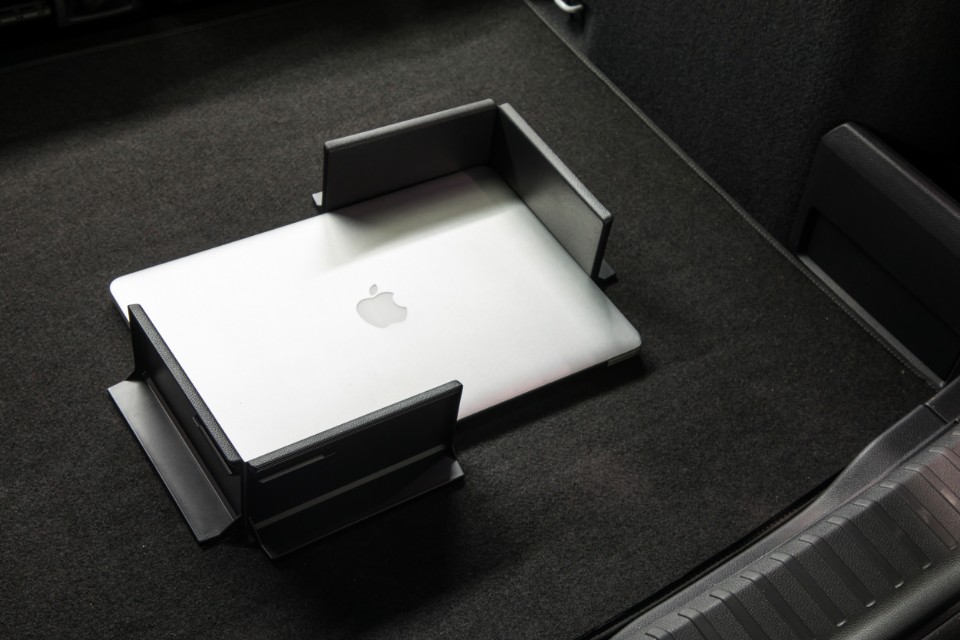 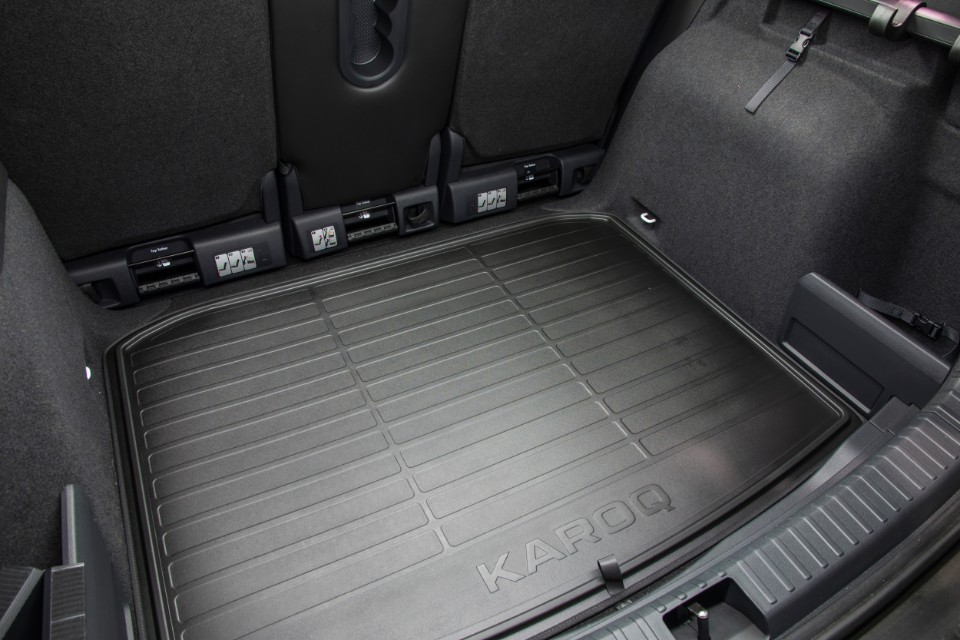 A delightful, stylish, very well built and versatile vehicle with impressive performance and economy. I loved it.

The loud noises that emanated from the test vehicle were almost certainly a product of Sod’s Law, that can strike any vehicle at any time. A competent clunkologist could fix it in no time.

CHECKOUT: Ducati on the chopping block

Check out deals on the Skoda Karoq