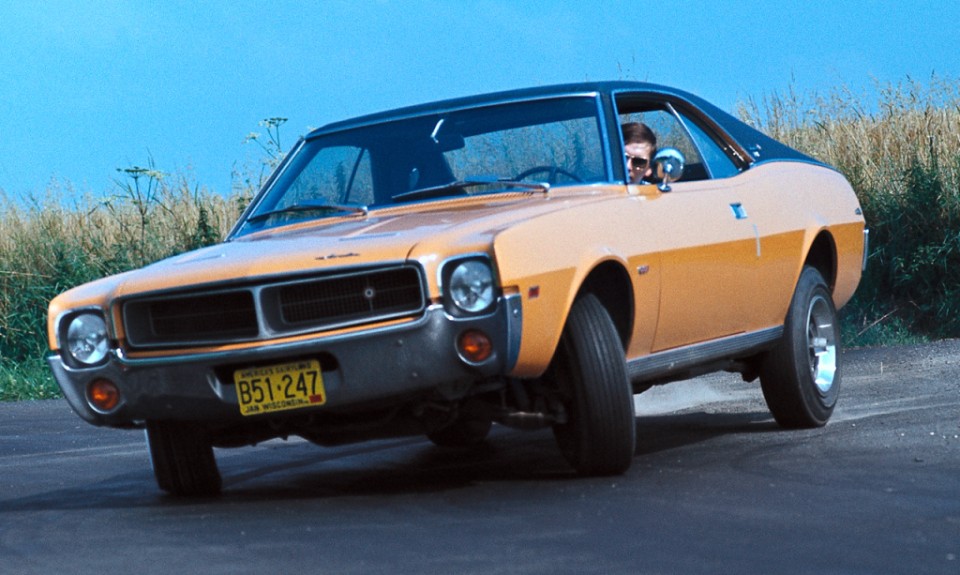 American Motors’ Javelin was the only American pony car actually built in Australia.

Just 258 went down the Australian Motor Industries production line between 1968 and 1972.

This makes the stylish two-door coupe a rare car in this country and one that attracts plenty of attention whenever their owners take them out of the garage.

The Javelin’s development has it genesis in an AMC concept car that debuted at the same time as the Ford Mustang in 1964.

Called the Tarpon, it was a fastback coupe and based on the compact Rambler American.

AMC’s design boss, Dick Teague, wanted the Tarpon to compete with the Mustang.

Abernathy was wrong, big time. The result was the Rambler Marlin — one ugly car.

With sales of the Marlin not going to plan, the decision was taken in late 1965 to develop a true Mustang competitor.

This was a bold step for a company that was renowned for marketing staid, smallish (in American terms) sedans and wagons.

To generate publicity and awareness in the minds of the buying public and dealers, AMC developed a number of concept cars and trucked them around the USA.

Appearing between 1966 and 1968 they were the AMX concept (two versions) AMX II, AMX III Sportswagon, AMX Cavalier and Vixen.

The Javelin, which was cleanly styled and took many design cues from the concept cars, appeared in August, 1967 and was well received.

Trouble was, the Javelin was really too late to the pony car party to have any great impact.

Mustang, Camaro, Barracuda and Firebird had most of the market.

The company also launched a shortened version of the Javelin, the legendary AMX.

It was based on two of the AMX I and AMX II concept cars.

The Rambler-badged Javelin was an expensive automobile in Australia.

Right-hand drive components — dash, interior and soft trim, as well as other components — were locally manufactured.