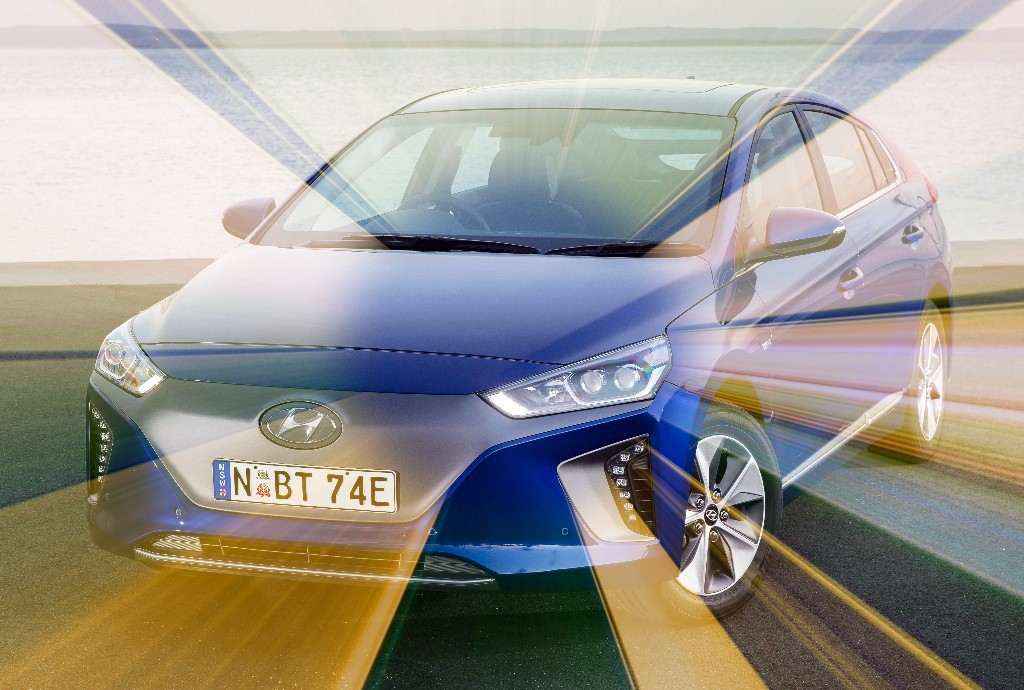 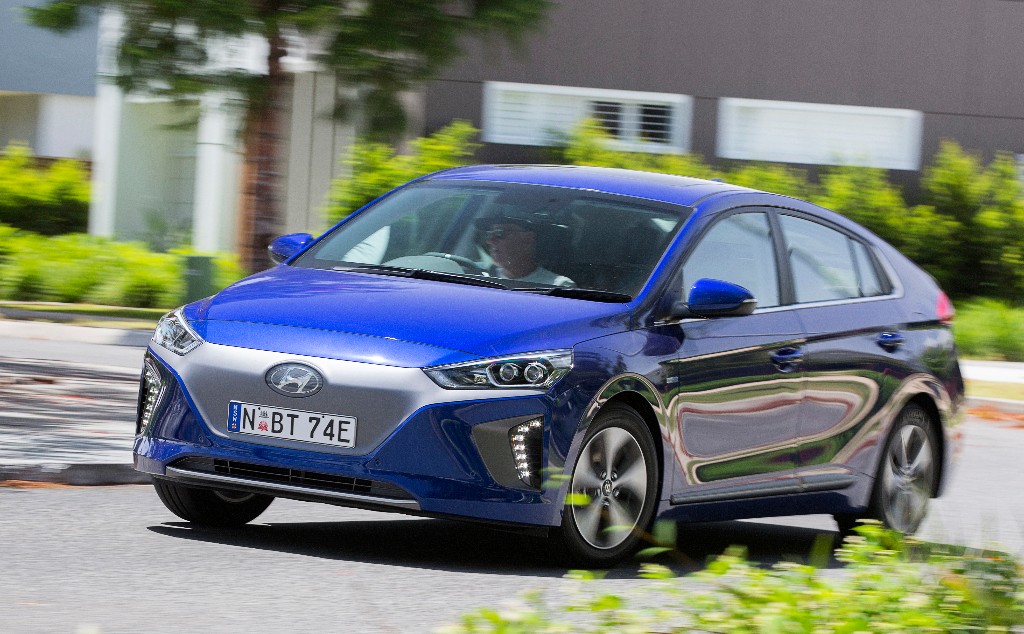 Simon and Garfunkel might have started it all with their hit song, The Sound of Silence.
That was a while ago, 1965 in fact, but it could have sowed the seed that revitalised the electric car industry that was so strong back in the early 1900s.
The electrics had a lot of advantages at the time. They didn’t need to be cranked into life, they didn’t smell of oil or petrol, they were quiet, had no gearbox to fight with and they weren’t dirty.
The ladies loved them.
But then in 1912 Charlie Kettering invented the starter motor, which eliminated the main drawback of the era, and the motor car entered a new phase.
Today, there’s a bit of a global social war going on, with many cities banning motorised vehicles from their CBD and other troublemakers lumping petrol and diesel together with Donald Trump and Scott Morrison as the cause of global warming.
Oh dear.
Anyway, Hyundai is playing both cards.
It has a considerable fleet of petrol, diesel and hybrid vehicles, as well as its Ioniq, which is available with hybrid or all-electric power. 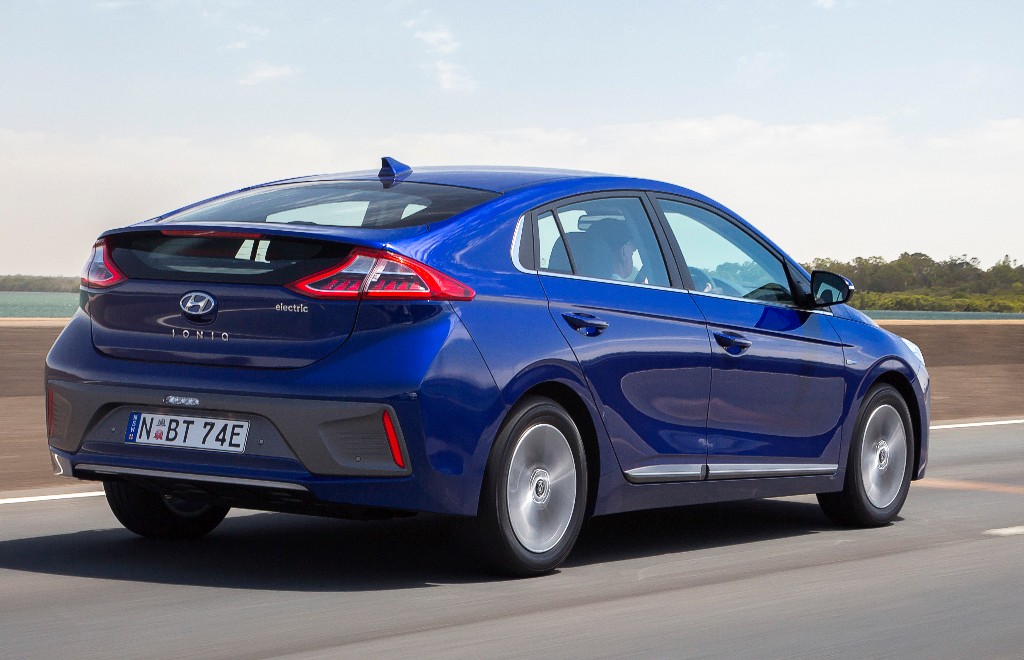 Here, we’re looking at Simon and Garfunkel’s favourite, the Electric Premium Ioniq, priced at $48,990.
Those lads have loads of cash, so the $4000 difference between the Premium and the Elite would not be a problem.
And for the extra loot, you get bigger wheels, leather trim with heating or cooling for the seats, dual-zone climate control and a power-operated glass sunroof.
Front seat accomodation is spacious and comfortable, pretty good in the back too and the boot’s 341 litres is ample for most families.
The cabin seems a bit dark, but it’s not being judged by the design gurus from The Block, and nobody else would care if the seat and door trim matched the dashboard’s piano black.
All the data you want is available in a big dash-mounted infotainment touchscreen in the dash, plus a smaller screen in the driver display and there’s a handy double-barrel console with space and cupholders on the passenger side and push-buttons for the driver to select forward or reverse motion, drive mode, parking sensors and the electronic parking brake, among others.
The Ioniq Electric has a 88kW/295Nm motor and a 28kWh battery that gives a driving range of about 230km before it needs to be plugged in, either at a proper charging station, or at home.
The quickest is via a commercial fast charge station, and the ones nearest to you are identified on the touchscreen. Find one, plug in (there’s about 3m of charge cord in a neat bag the boot) and you can be on your way again in about half an hour.
Alternatively, you can just go home, plug into a wall socket and leave it overnight, or if you have a home fast charge system, it should take less than five hours.
So it takes a bit of time, but few people, Uber drivers excepted, drive 230km in a day anyway. And that’s it.
Your electric bill might go up slightly, but you do have a dozen or more solar panels on the roof of your casa, right?
So it doesn’t matter. Plus you’ll save a tonne of cash compared to filling up with whichever potency of petrol.
You’ll also avoid the odour of petrol and the queues that form at servos on discounted price days — and you’ll be able to drive it knowing that the world won’t disintegrate tomorrow thanks to your foresight in having a car of the times. 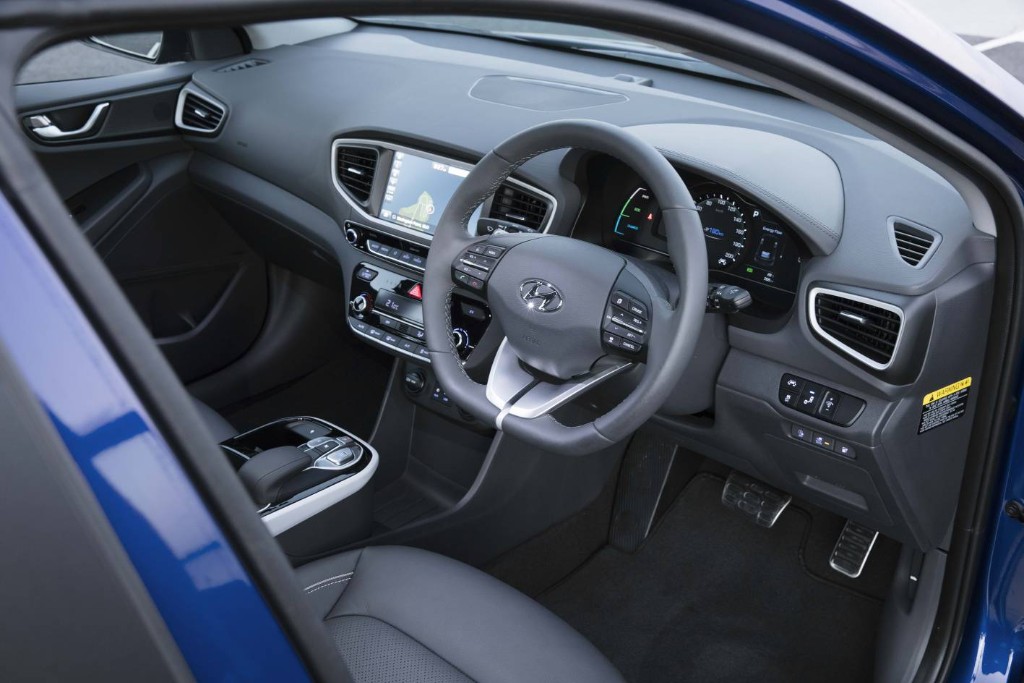 Driving it is great.
No noise, no gears, with off-the-mark performance to match Harry Potter’s Firebolt broom (9.9sec to 100km/h) and various ways to regenerate battery power as you glide along.
Torque is instantaneous and steep hills or overtaking matter not an iota to an Ioniq.
At the top end, it will zoom on to 165km/h, a speed that makes Oz authorities blanch, but means it will keep up with mainstream traffic in Germany, France and other parts of the globe were they’ve discovered it’s not speed that kills — but incompetent drivers.
The Electric handles fine too, although it differs from others in the range by having a torsion beam rear suspension, rather than the Hybrid’s independent system.
It has the same five-year/unlimited distance warranty as other Hyundais, plus an eight-year/160,000km warranty for the high-voltage battery.
Sole hassle we had was with the owner’s manual.
The small section on grey paper about how to use the charger cord had some pages fall out due to poor binding or gluing. 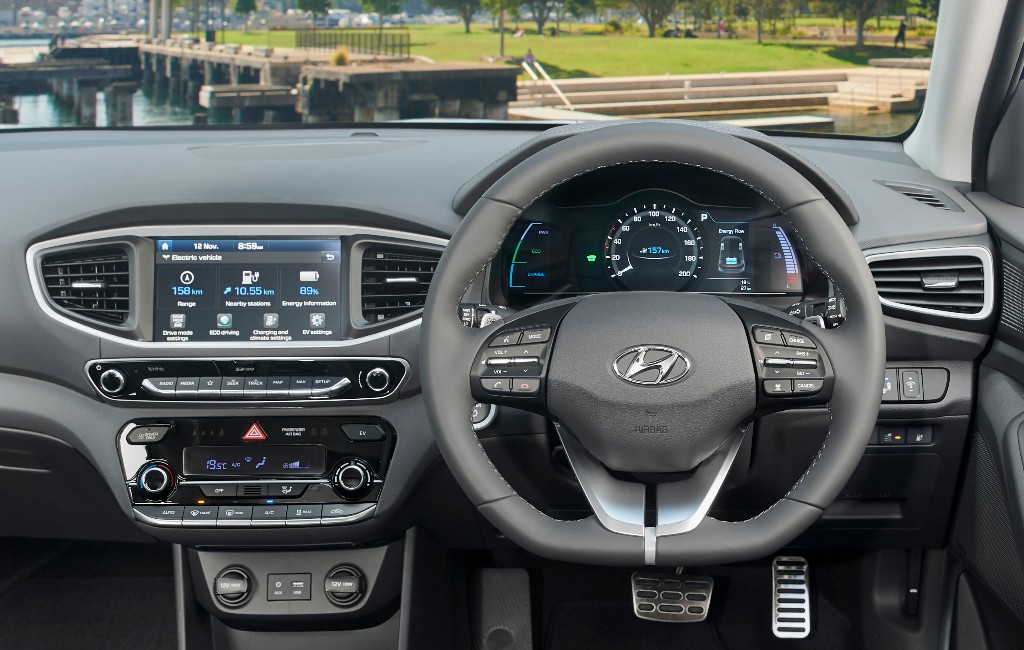 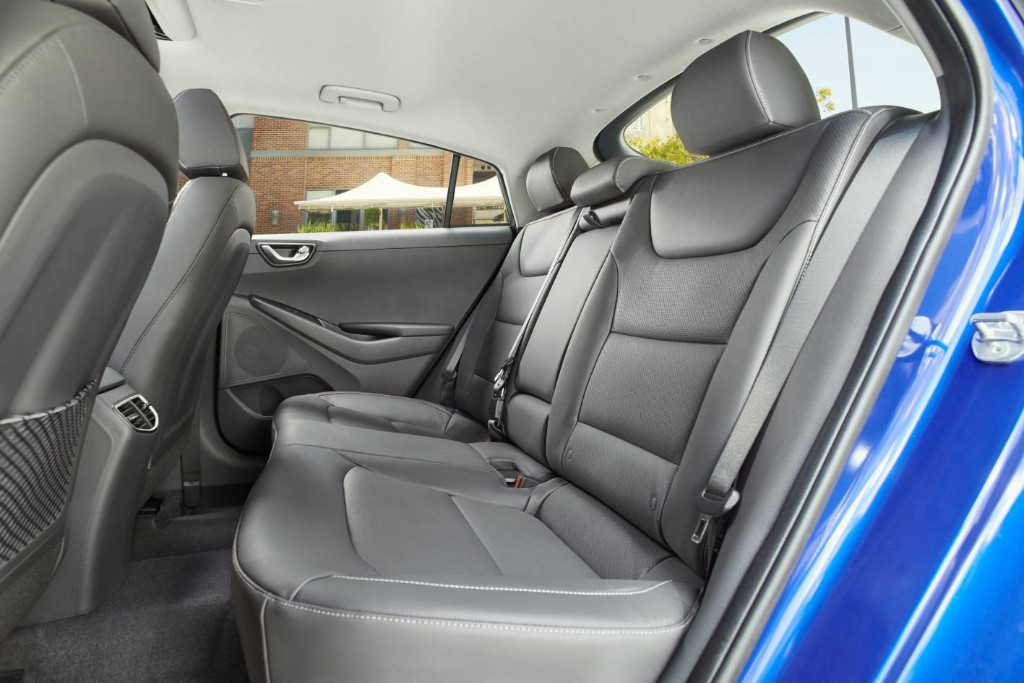 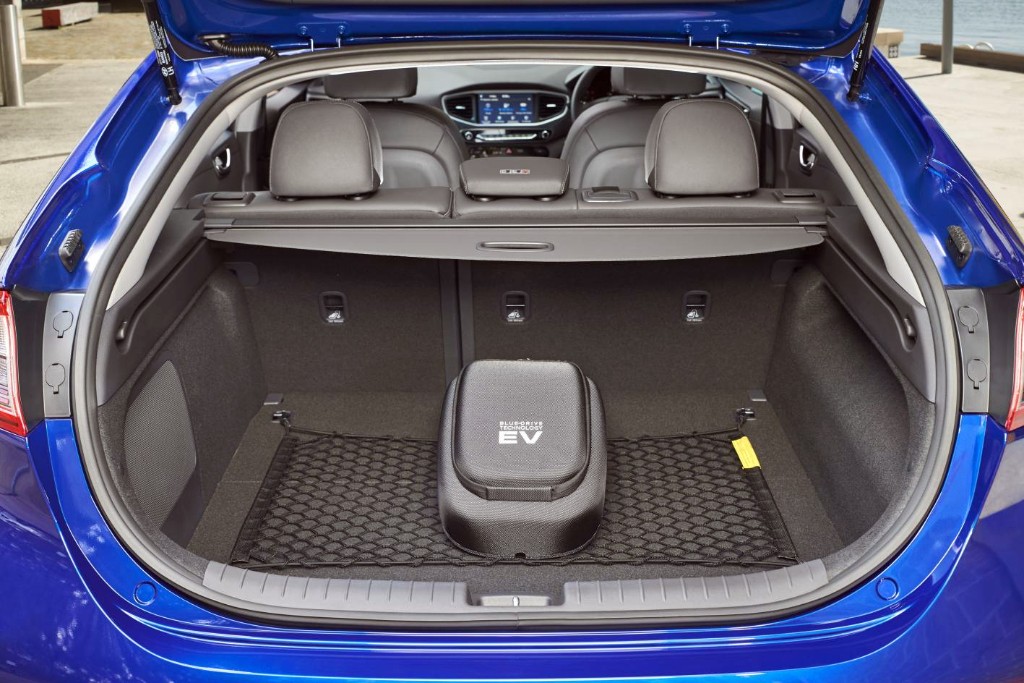 A quality-built car of the moment. Initial price is high, but it’s plain sailing forever after.

Check out deals on the Hyundai Ioniq