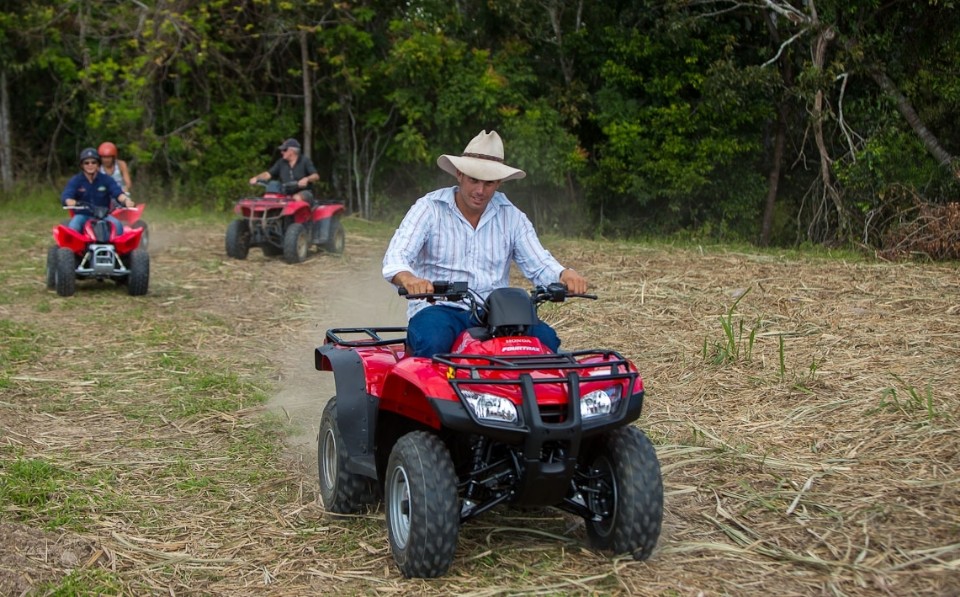 Industry in a spin over ATV protection

Home
Wheel life
Industry in a spin over ATV protection

The on again, off again argument over whether to fit roll over protection to All Terrain Vehicles (ATVs) took another bizarre turn this week.

The Australian Competition & Consumer Commission (ACCC) has declared roll-over protection devices will become “mandatory” for all new ATVs brought into Australia from October, 2021.

Yet, the Federal Chamber of Automotive Industries (FCAI) continues to protest over a decision that for many people would seem to be a no brainer.

FCAI claims the ACCC based its decision on the mistaken belief that roll-over protection is compulsory for these devices in Israel.

Speaking on behalf of FCAI (we assume), Yamaha’s Chief Operating Officer, Brad Ryan, debunked the claims about Israel as a myth.

“The truth is that while Israel did mandate the fitment of roll-over protection devices, they became more flexible in 2013,” he said.

Mr Ryan is a member of the newly appointed FCAI board.

Nonetheless, he said, an ACCC spokesperson was quoted recently in the media as saying that “Israel has had the requirement for roll-over protection in place for quite some time.”

“In fact, a major ATV manufacturer has been supplying utility ATVs – without fitting roll-over protection devices to them – to the Israel market since 2014,” he said.

These include the use of a helmet, not riding an adult-sized ATV if aged under 16 and not carrying more than the approved number of passengers.

The Motorcycle Group within the FCAI represents 11 importers of 16 brands of motorcycles and ATVs which comprise about 80 per cent of the market.

Crush protection devices can cause just as many injuries as they prevent, it maintains.

Mr Ryan said Yamaha does not sell ATVs with Operator Protection Devices (OPDs) anywhere in the world – and that includes Israel.

“In addition, to our knowledge, Yamaha products are not parallel imported into Israel and fitted with OPDs,” he said.

Cool your heels in a Willys

“Yamaha is, as we speak, licensed to sell Utility ATVs without OPDs in Israel, and has been doing so since 2014.

“I think once Israel realised their OPD rules were too restrictive they re-negotiated the licensing rules.

“So the Israel thing is misinformation. I don’t know where it came from, but rumour has it the information was given to the ACCC by an OPD manufacturer, and presumably the ACCC simply didn’t check.”

In October, the Federal Government accepted the ACCC’s recommendation to introduce a new mandatory safety standard for quad bikes.

The questions remains, however, why would anyone oppose the fitting of Rollover Protection Devices to ATVs?

CHECKOUT: Crush bars not the answer for ATVs?