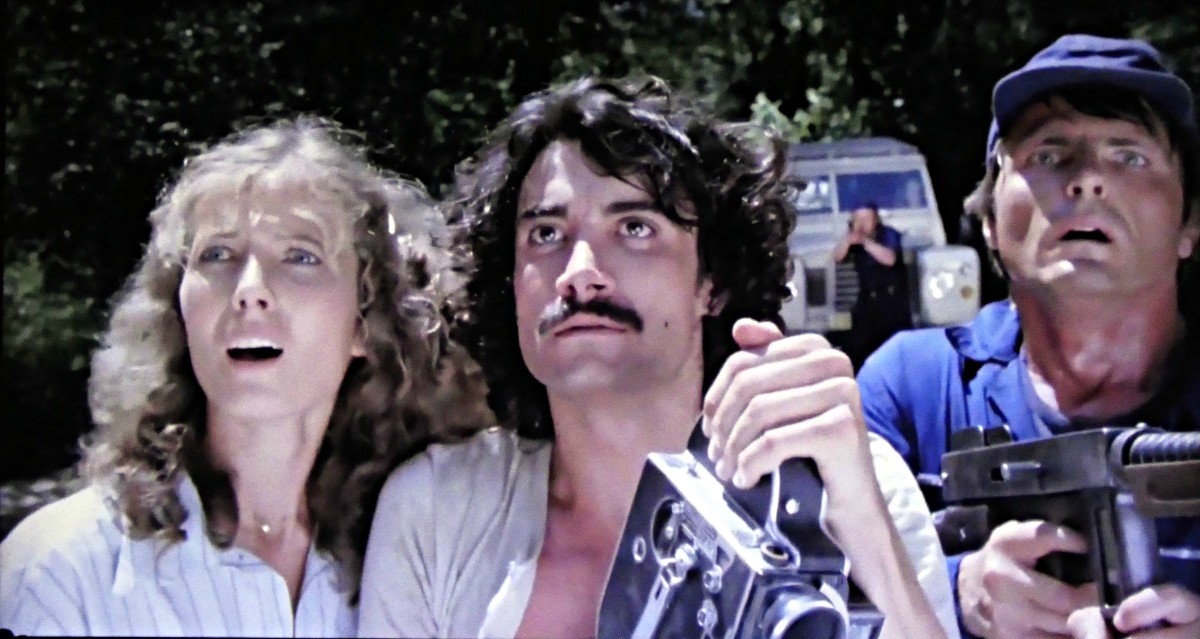 Look! Who are they?
Watch it
3 min read

Home
Time out
Watch it
If Corona doesn’t get you, the zombies will . . .

It had to happen.

Some smart cookie has come up with a Coronavirus movie, but it’s a movie with a twist.

In it victims of the pandemic return from the dead . . . as, you guessed it . . . festering, flesh-eating, meandering zombies.

Corona Zombies is billed as a comedy horror film, directed by Charles Band, and produced and distributed by Full Moon Features.

A quick squiz at Full Moon’s website reveals more than a few clues as to the content to come.

Full Moon is renowned for low budget, direct-to-video features, such titles as Puppet Master, Trancers, and Subspecies, as well as Castle Freak and the VideoZone featurette.

It’s a movie you probably need to see, you should see — just in case it comes up in conversation.

Given its timing and the fact it’s about the Coronavirus pandemic, well loosely anyway — it’s right on the money.

Corona Zombies we’re told stars Cody Renee Cameron as Barbie, Robin Sydney as Kendran and Russell Coker as one of the zombies.

Apart from the busty, brain-dead Barbie, who appears briefly in the opening scenes — we had trouble identifying the others.

Maybe that’s because the movie consists mainly of re-dubbed footage from two other movies — Hell of the Living Dead (1980) and Zombies vs. Strippers (2012), with some real-world news clips thrown in.

There’s not much of a plot.

The action gets underway as all hell breaks loose at a food processing plant in Wuhan, China where they’ve been making Scambell’s bat soup.

News flash and the dead are turning into “violent and ravenous flesh-eaters, for want of a better word — Corona zombies”.

Cut to the Corona Squad, formed to crackdown on the increasing numbers of hoarders and pirates after a container ship full of toilet paper is hi-jacked, leading to a ‘TP’ shortage.

The hijacker, we learn, is Claude Francois, a failed French-Canadian gymnast, who turned to a life of crime after he failed to win a Matt Dillon lookalike contest.

Cut to a New Jersey strip club where zombies are making a meal of patrons and performers alike, just as the headline act Anne How and her 48s are about to take the stage.

Blink and next thing you know we’re suddenly in the jungle, described as the wilds of Baltimore, with intrepid TV reporter Barbara Jensen (Lia Rousseau) and her cameraman (not sure).

The pair encounter a group of wandering zombies.

“Are you sure they’re Corona? They look like their drugged out of their minds.

“Maybe Charlie Sheen has a summer home around here?”

The sleazebag cameraman, meantime, is intent on getting into Barb’s pants.

“Alright sexy ace reporter Barbara Jensen, tell us how you’re going to help end all this Corona madness? If anyone can do it, you can,” he says.

“Are you hitting on me in the workplace?” Barb giggles.

Barbara however has other plans and, ripping open her shirt, announces she wants to make contact with the natives — to see if they have a cure.

“I’m going in alone. I know what they’ll respond to,” she declares.

Topless and adorned with lashings of face and body paint she leads the way.

“This broad really knows how to commit to a cause,” says one of the Corona Squad.

“There’s nothing like a tight ass and a face full of clown make up to help try and solve a worldwide pandemic. She just might find the cure . . .

Corona Zombies was reportedly filmed over a period of 28 days, but I find that claim somewhat extravagant.

I reckon cast and crew all came over for a barbecue, got stoned, watched the footage and ad-libbed the dialogue over the course of a single weekend at best.

The movie premiered digitally on the Full Moon website and app on April 10.

My tip. Turn off the screen and just listen to the dialogue — it’s a crackup.

Corona Zombies is pretty crook, but runs to only 61 minutes, so it’s only one hour of your life that you won’t get back — unlike the pandemic itself.

CHECKOUT: Forget COVID — it’s the end of the f***ing world

You’ve got to laugh.