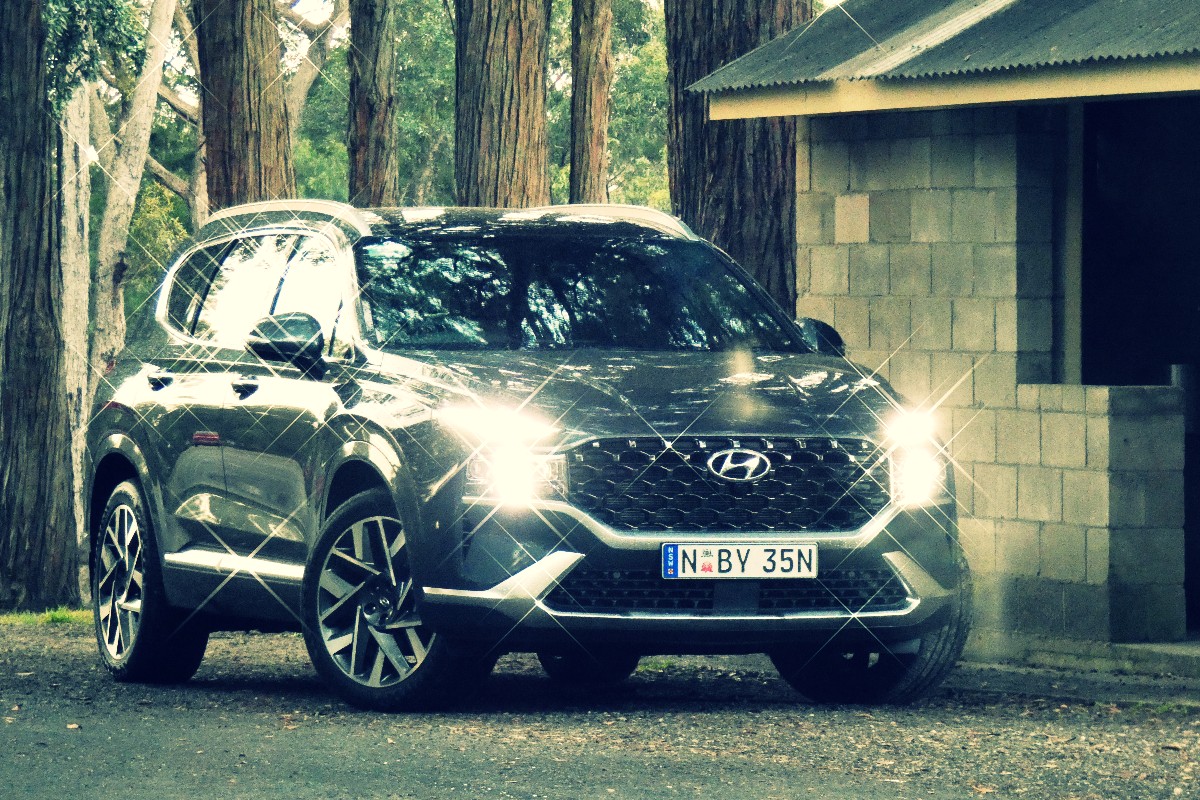 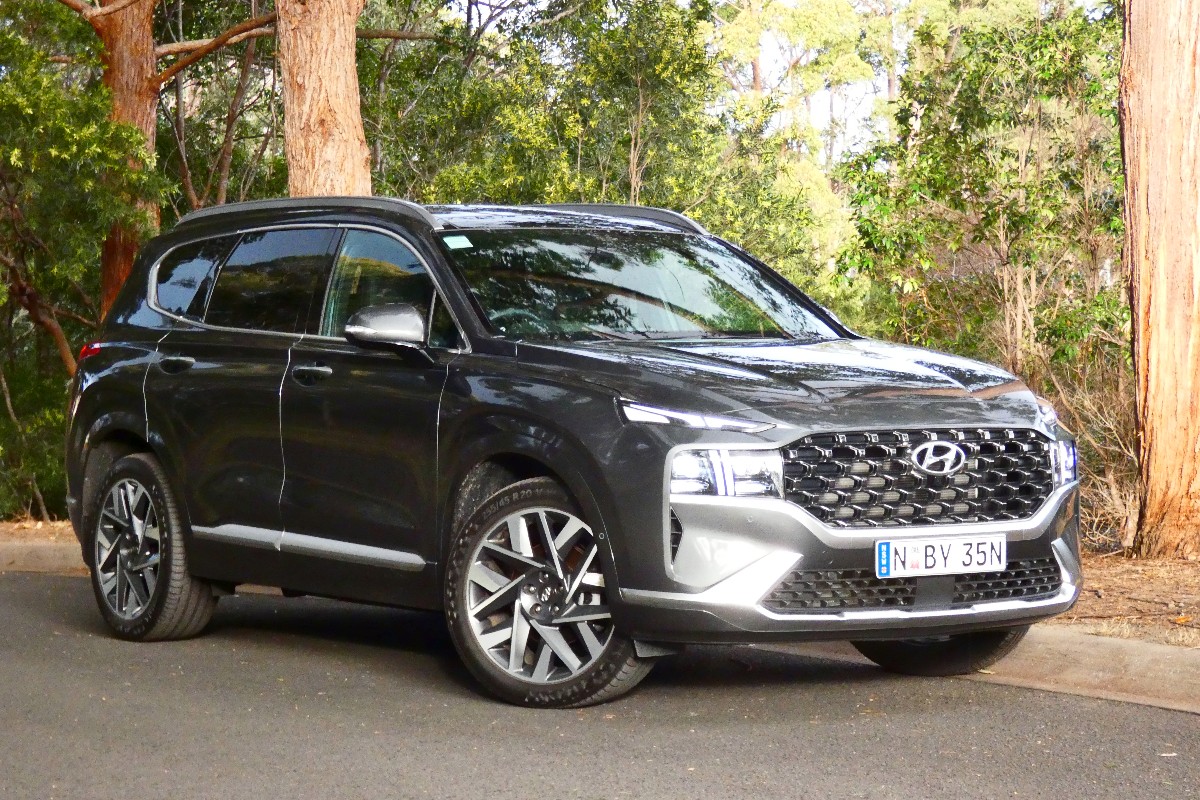 I remember standing on a hillside in Auckland 20 years ago at the launch of the original Santa Fe.

Despite shortcomings it went on to become one of the pillars of Hyundai’s renaissance.

By the second generation in 2005 it was fast becoming a force to be reckoned with, as was the brilliant 2.2-litre diesel that made its debut in the vehicle.

Now in its fourth generation, the latest Santa Fe is a classy spirational SUV and as good as anything on the market, including more expensive rivals from Europe. 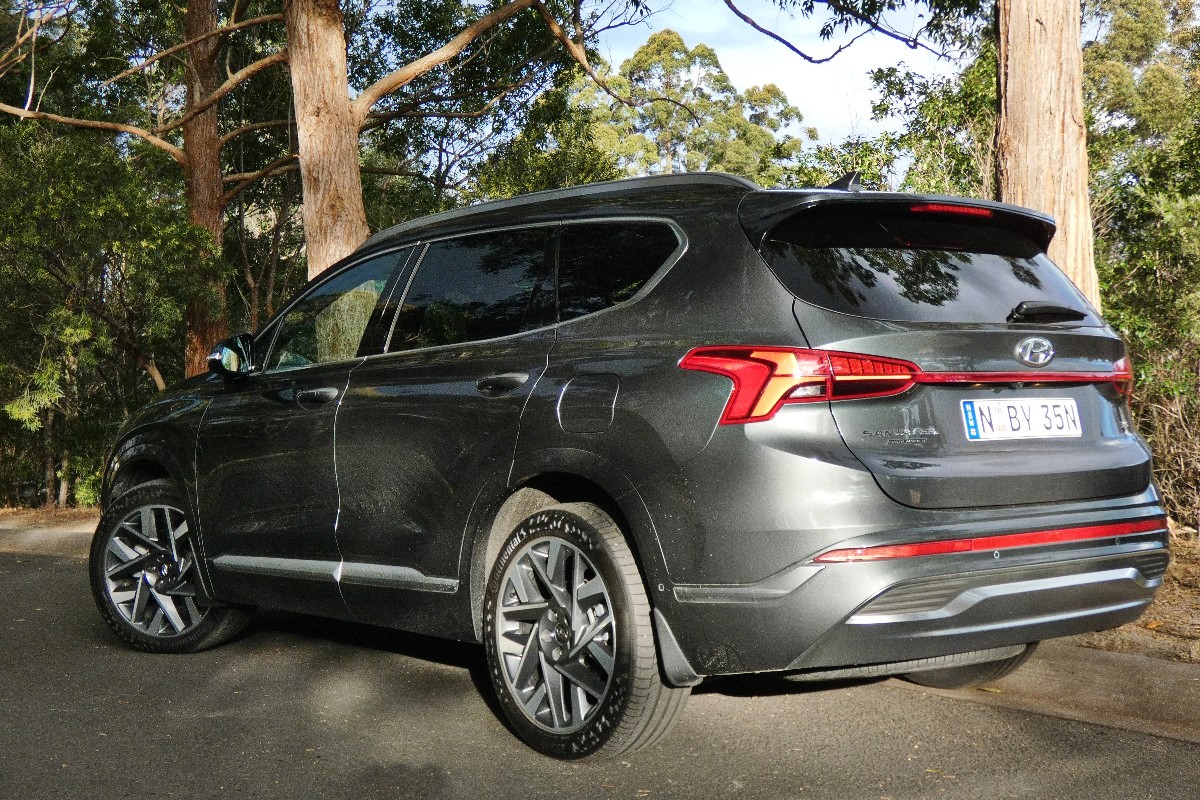 Each is available with a choice of 3.5-litre petrol V6 or 2.2-litre turbo-diesel four cylinder engines, all with an eight-speed auto — although in the diesel it’s a dual clutch style auto.

Petrol versions by the way are two-wheel drive, the diesel is all-wheel drive.

Our review vehicle is the top of the line Highlander with the 3.5-litre petrol V6. 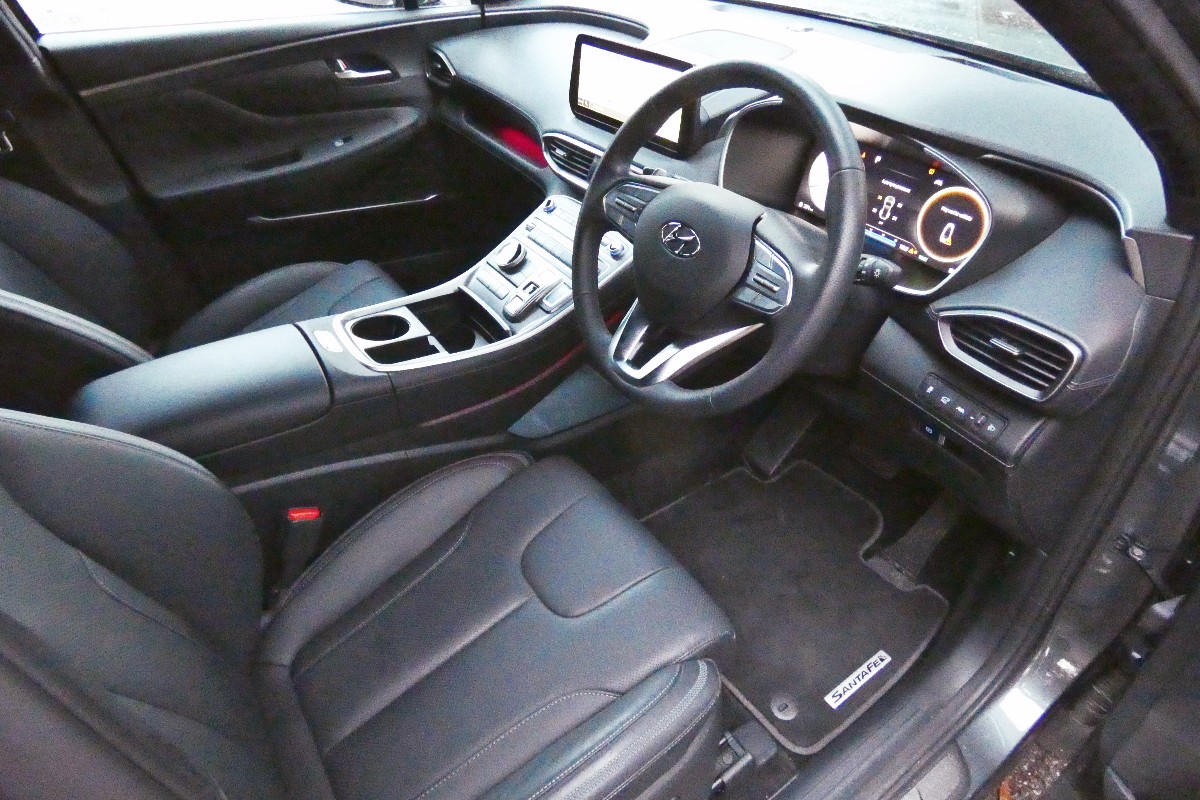 V6s are becoming few and far between, no doubt about it.

It’s smooth and powerful, with a real kick in the guts when you punch the accelerator (and satisfying snarl).

But we’ll be surprised if the V6 gets a guernsey in the next generation, because of the amount of fuel it consumers.

Officially rated at 10.5L/100km, it’s not outrageous and you can probably achieve that figure and perhaps less on a long, leisurely run down the motorway.

We were getting 10.2L/100km after about 450km of mixed driving, but for day to day motoring and the requirements of a family — the diesel makes more sense if can afford the extra $3500.

Then again, the oiler is probably not long for this life either, as countries legislate to reduce engine emissions and is likely to be replaced by a hybrid powertrain.

Santa Fe sits low and wide on 20-inch alloys with sticky but ultimately expensive 255/45 Continentals — expensive that is if you keep the car long enough to replace them.

The seats are comfy, almost opulent and the 8-speed auto has paddle shifts, with Comfort, Eco, Sport and Smart drive modes.

The last one adapts to your driving style and is probably where you are going to leave it.

Occasionally, we found the transmission a little slow to hook up after the car had settled into its stride.

The steering is light and easy to use, given its target seven-seat buyer.

Changing between modes also changes the look of the instrument panel, from pale dials to angry red ones in sport.

Turning on the indicators transforms either the left or right hand dial as appropriate into a camera that provides a view of the blind zone.

At 4875mm in length Santa Fe seats seven and shares a platform with the Kia Carnival and has also recently spawned Hyundai’s new Santa Cruz 4×4 ute.

The biggest changes in the look of the car are up front where face has been redesigned to reflect the radical over and under look that has been adopted across the range.

Central to the look is an elaborate light arrangement that features T-shaped LED driving lights.

The rear treatment looks fairly similar to the previous model.

It’s fair to say we’re not big fans of Kona and we’re still in two minds about the Santa Fe, but it certainly serves to differentiate the cars from the generic styling that has found its way into the automotive world over the past few years.

That’s got to be a good thing?

Inside, they’ve moved the centre part of the dash to the console area where it sits at a 45 degree angle.

It makes the controls easier to access and use, rather than trying to suspend and steady your hand as you try to operate often mobile switch gear.

This is still the case, however, with the high-mounted, free-standing touchscreen.

Other highlights include a clever, vertical wireless phone charging pouch located in the centre console close to the driver’s hip.

A Driver Talk feature uses a high-definition microphone and the audio system to allow the driver to speak to rear occupants without raising their voice.

The system automatically compensates for road and wind noise.

Remote Smart Parking Assist System (RSPAS) allows you to park the car, standing outside and using controls on the smart key.

A good way to lock in those in parallel paring spaces without access to the same technology (or to get a dent in your door)?

A full size, matching alloy spare wheel is provided, but the tow rating at just 2500kg is still rather disappointing for those wanting to pull a van. 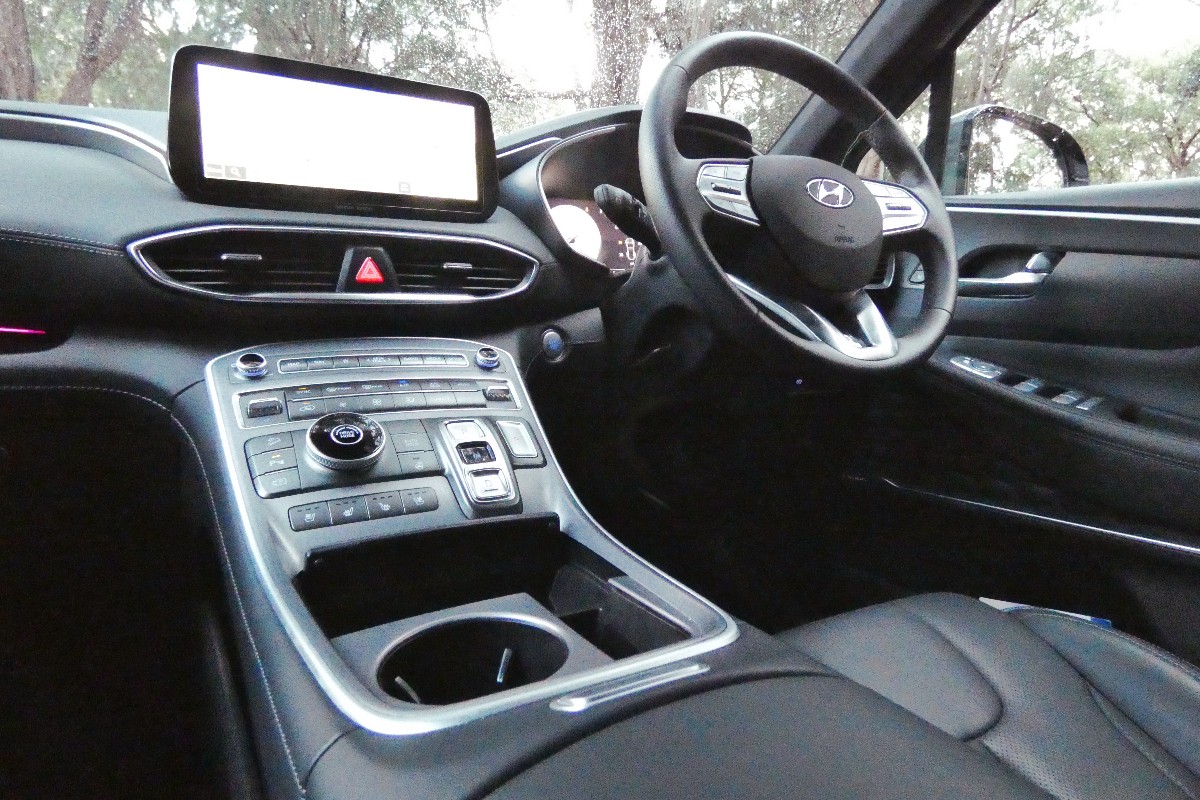 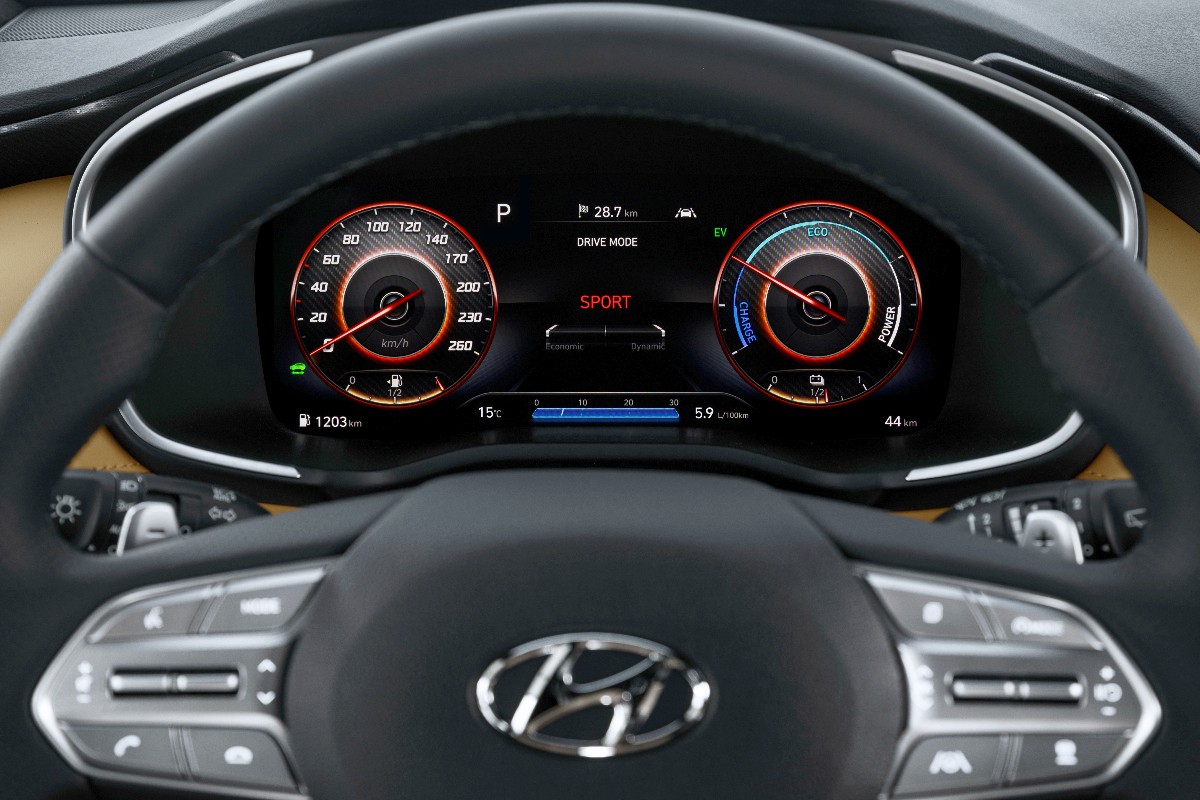 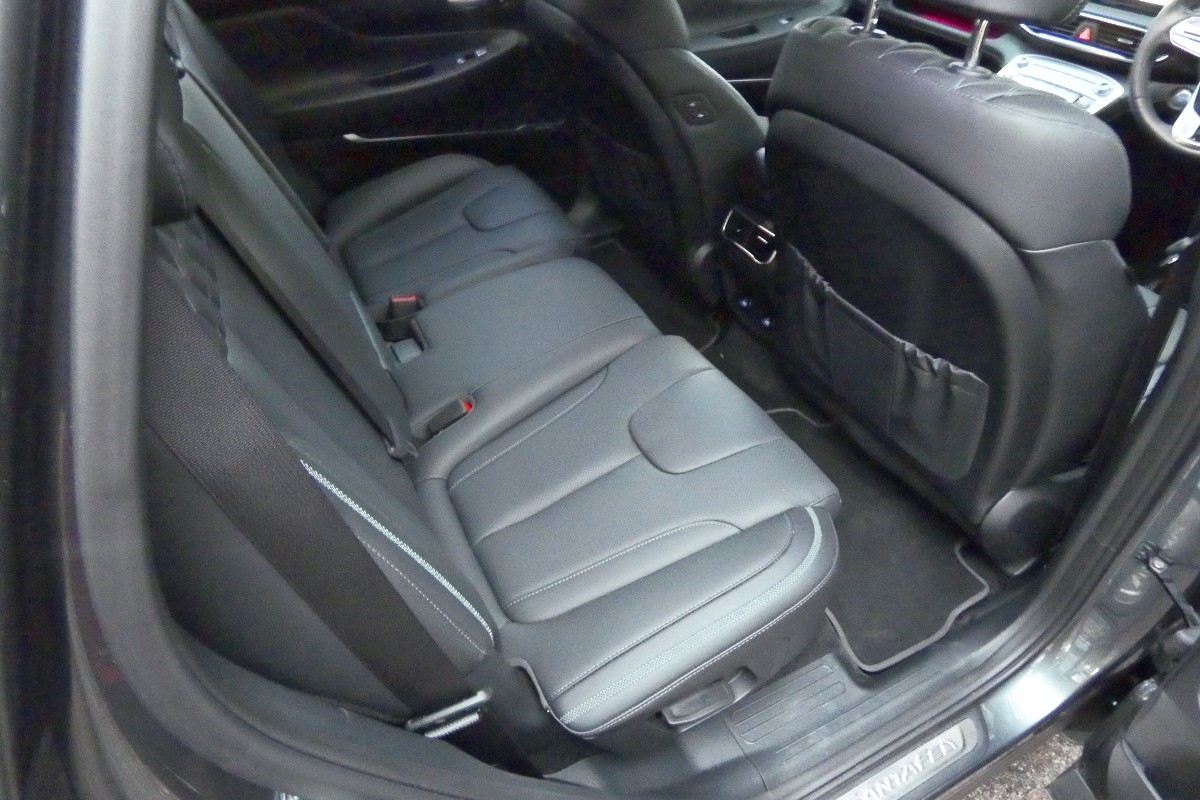 Wow. Nice for the price.

You could happily live out your life in a car like this, without ever needing to update.

But it will be interesting to see what impact if any the larger, recently released Palisade has on sales with seating for up to eight people? 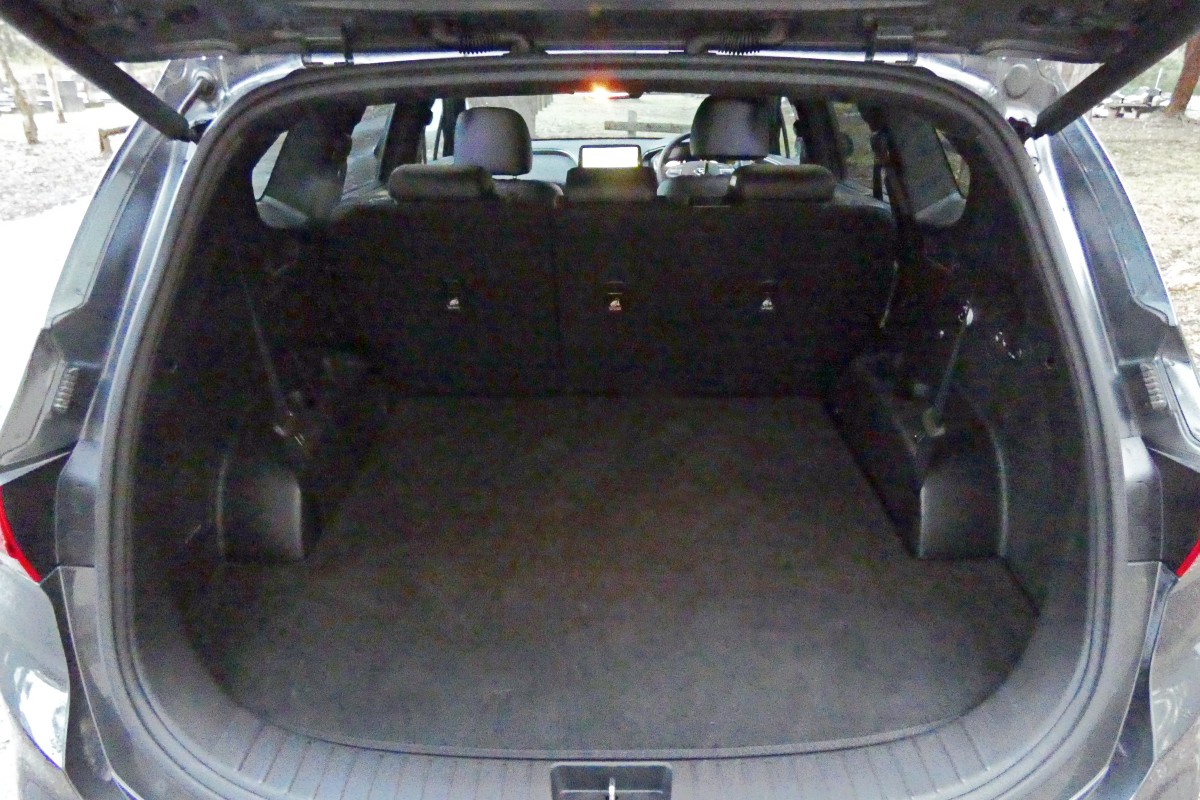 CHECKOUT: Hyundai does the heavy lifting with XCIENT