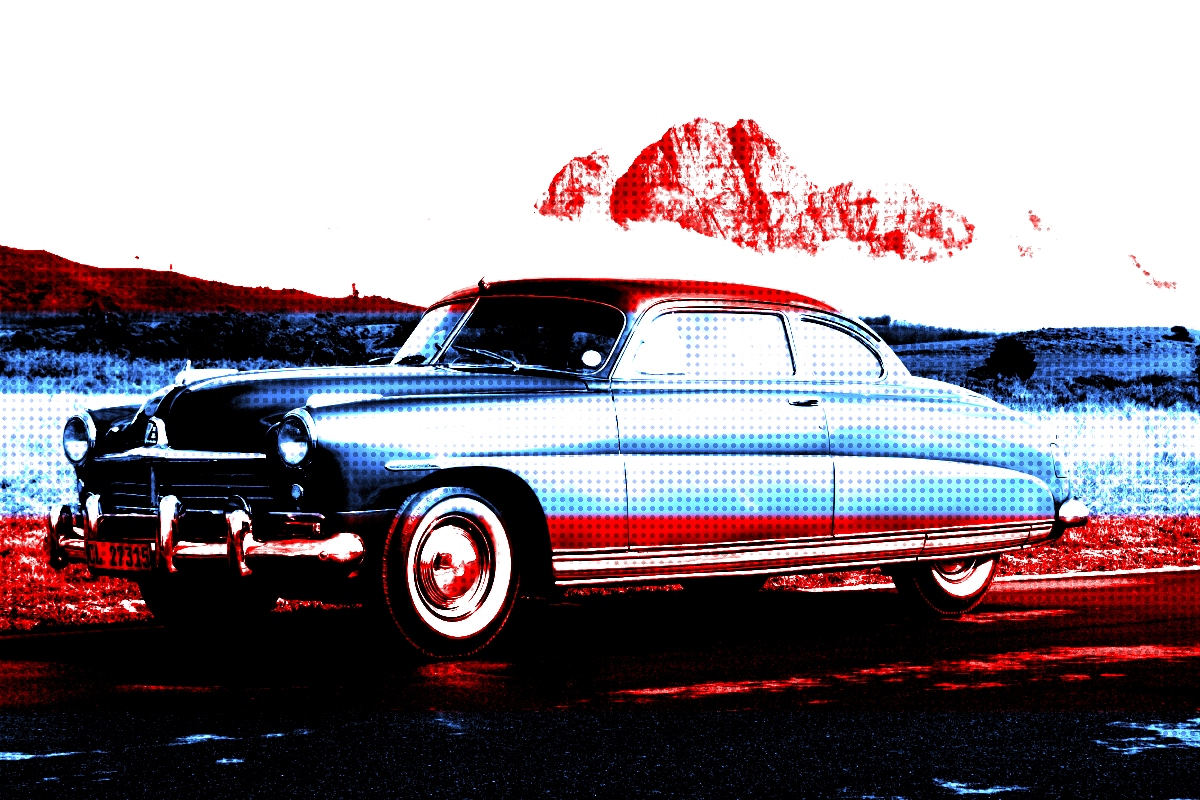 Hudson had it first (and the Commodore)

Although Hudson only existed for just under 50 years, the company was quite innovative during that time, typified by its luxurious Commodore range.

The Hudson Motor Car Company was formed on February 20, 1909 by a conglomerate of eight Detroit businessmen who wanted to produce an automobile that would sell for less than $1000.

The name stemmed from Joseph L Hudson, a department store entrepreneur who provided the necessary capital and gave permission for the company to be named after him.

Chief organiser of the company was Roy D Chapin Snr, a young executive who had worked with Ransom E. Olds, and under his leadership, the first car, the Hudson 20, was driven out of a small factory in Motor City on July 3 — less than six months after the company’s birth.

Hudson established a few auto ‘firsts’, including the use of dual brakes, dashboard oil-pressure and generator warning lights, and the adoption of a balanced crankshaft.

The last allowed Hudson’s first in-house produced engine, an in-line six launched in 1916, to work at a higher rotational speed while remaining smooth, helping to develop more power for its size than lower-speed engines.

Prior to the ‘Super Six’, the company designed engines that were manufactured by Continental Motors Company.

Hudson transmissions also used an oil bath and cork clutch mechanism that proved to be as durable as it was smooth.

For the 1930 model year, Hudson introduced a new, flat-head 218.8 ci (3.585 litre) straight-eight with block and crankcase cast as a unit, and fitted with two cylinder heads.

It featured a five-bearing crank with eight counterweights — an industry first — as well as a Lanchester vibration damper.

In 1936, Hudson brought in a new ‘rhythmic ride’ suspension, which supported the live front axle via two steel bars and (softer) leaf springs.

The 1939 models joined other American cars in the use of a column-mounted gearshift lever.

Hudson became the first car manufacturer to use foam rubber in its seats.

For 1940, the company introduced coil spring independent front suspension with shock absorbers mounted within the springs, and true centre-point steering on all its models.

But Hudson sales for 1940 were lower than in 1939 and the company continued to lose money.

Then came the first-generation Commodore – and war.

Befitting its name, the new Commodore was flagship of the fleet but lasted only two years, from 1941-42 — cut short as America became involved in WWII during which Hudson made aircraft and landing craft engines.

Afterwards, having generated a small profit from its wartime effort, in 1946 the company returned to motor manufacture with facelifted versions of the pre-war models, which boasted a three-speed helical-gear all-synchromesh gearbox.

The second generation also lasted only two years before its ground-breaking replacement appeared.

Often hailed as one of the great post-war designs, production of the third-generation Hudson Commodore began in December, 1947 and was available in just three versions – a four-door sedan, two-door Club Coupé and two-door Brougham Convertible.

The car’s all-steel monocoque design was quite radical for its time.

Its construction incorporated a perimeter frame that allowed for the seats to be set lower than would be possible with the more common separate body/chassis assembly, so passengers ‘stepped down’ into the car, which became a catchphrase when referring to the design.

Apart from saving weight, the layout offered some side impact safety protection and lowered the car’s overall height and consequently the centre of gravity, which benefited handling, a characteristic for which the car became universally acclaimed.

A narrow glasshouse, full length bodyside swage lines and spats over the rear wheels made the car appear exceptionally low and sleek.

In later years, the look appealed to hot rodders who often converted Commodores into lead sleds, a ground-hugging expression of automotive art that usually horrifies purists but thrills the California custom culture.

Inside, seats featured foam cushions and sedans were trimmed in broadcloth while coupés boasted leather.

The Super Series cars had a 17-inch wheel.

The motor delivered 95kW at 4000 rpm and 271Nm of torque at a low 1600 revs, and was mated with a three-speed column shift manual gearbox.

A near identical 1949 Hudson Commodore sedan was one of the star cars in the Oscar-winning movie Driving Miss Daisy, starring Morgan Freeman as the driver Hoke Colburn and Jessica Tandy as Miss Daisy.

But perhaps Hudson’s more famous silver screen star was the lovable Doc Hudson in Pixar’s animated Cars movies, but he was actually modelled on a 1951 Hudson Hornet Club Coupé.

However, the similarities are obvious. The Hornet and Wasp briefly superseded the Commodore before the body style, which surprisingly was not a trendsetter, was dropped for the 1954 model year when Hudson merged with the Nash-Kelvinator Corporation to form American Motors.

In 1957, AMC dropped the Hudson name (along with Nash) to concentrate on the Rambler brand.

So, doing my best Hoke impression and in company with FMM’s 1948 Club Coupé, I set about driving Miss Daisy.

Tipping the scales at just over 1600kg, the Hudson is no sprinter but the motor feels – and is – strong.

Thankfully, the big wheel is not too heavy to twirl when manoeuvring, but such bulk needs consideration when pressing on along twisty roads.

For sure, roll is hardly evident and looking through the split windscreen, the car exudes a kind of majesty when cruising, the shallow windows adding an air of mystique to outsiders looking to see who is driving – and being driven.

While maybe not quite having the image of some of its luxury market rivals, the Hudson nevertheless carries a distinct panache that is perhaps more appreciated today than it was back then.

Certainly, driving along observing the two-door version, the rounded, low-slung look combined with its bulk really is an imposing sight — an image you would want to give way to when it appeared in your rear-view mirror.

“What you say, Miss Daisy?”

“I had the air conditioning checked. I don’t know what for. You never allow me to turn it on.”