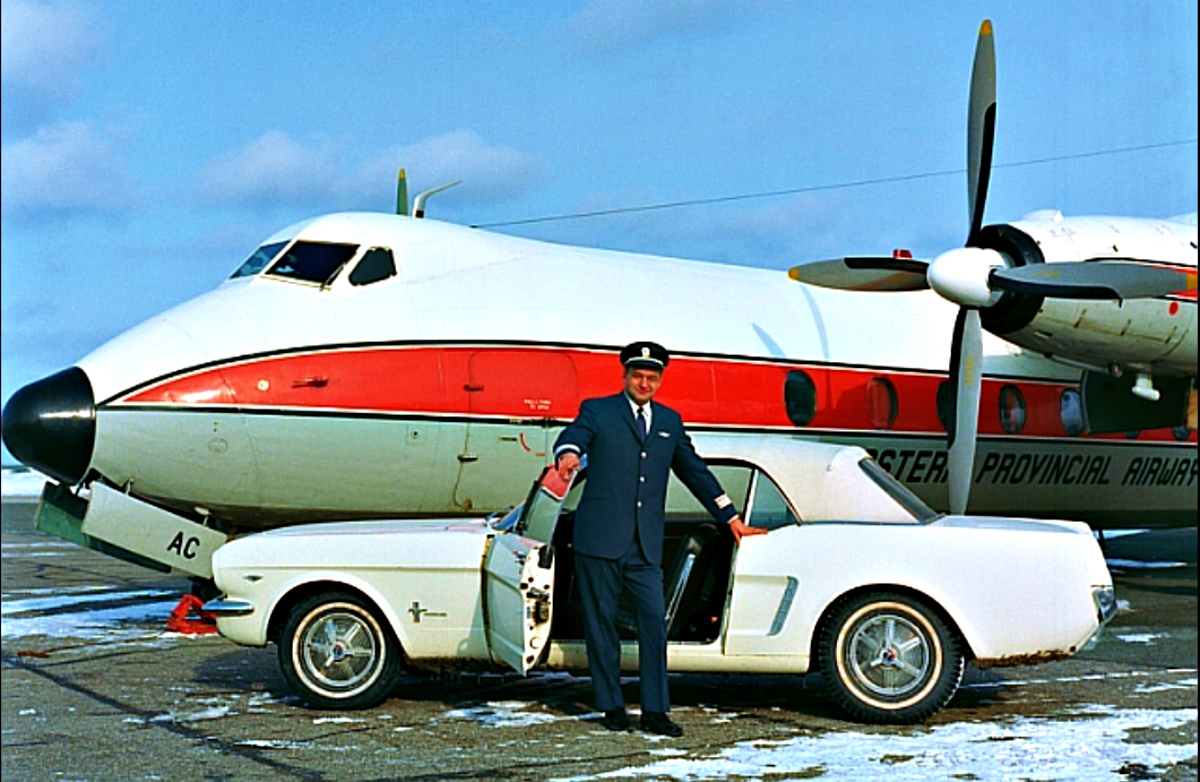 Does the name Stanley Tucker mean anything to you?

Well, for Mustang fans, it’s the name of the Canadian airline pilot who purchased the very first, pre-production Mustang convertible — by mistake.

And just how did this most valuable of cars escape the corral and make its way across the border, to be sold in Canada?

The story goes that by the time the Ford Mustang officially went on sale on April 17, 1964, it had been rolling off the assembly lines for about five weeks.

Thousands of Mustangs had been shipped to dealers throughout North America so they would be ready and available in showrooms on opening day.

Not all of the cars on display, however, were actually meant to be sold to customers.

Among them was a Wimbledon White convertible with the serial number 5F08F100001 that rolled off the line on March 4, 1964 and was shipped to the George Parsons Ford dealership in St. Johns, Newfoundland, Canada.

That car, along with about 180 other early examples, was not meant for sale.

These pre-production models were supposed to be used for internal testing and promotional purposes only.

The next day, however, Eastern Airlines captain Stanley Tucker saw the sleek new convertible and knew he just had to have it.

Tucker convinced Parsons to sell it to him.

As more than 22,000 orders and sales had poured in during the opening weekend of the launch, no one back at Ford’s global  headquarters in Dearborn realised the significance of that particular sale.

Once it became known a couple of weeks later that Mustang number 1 had been inadvertently sold, Ford officials got on the blower to Tucker.

Their mission was simple: get it back!

But Tucker was having so much fun with his new car that he initially declined to sell it back to the company.

For a long time, he had the only Mustang in St John, and the car attracted enormous attention.

Eventually, Ford found a way to entice Tucker out of Mustang 1.

On March 2, 1966, less than two years after production began, Tucker drove the first Mustang back to Detroit where he handed over the keys.

In return he received a brand-new example which just happened to be the one millionth Mustang produced – another white convertible.

Ford Motor Company donated Mustang number 1 to the nearby Henry Ford Museum where it was placed in storage as is.

Get this! It was Museum policy not to display anything less than 20 years old . . .

But, in 1983, the car was finally restored and you can see it at the Henry Ford today.