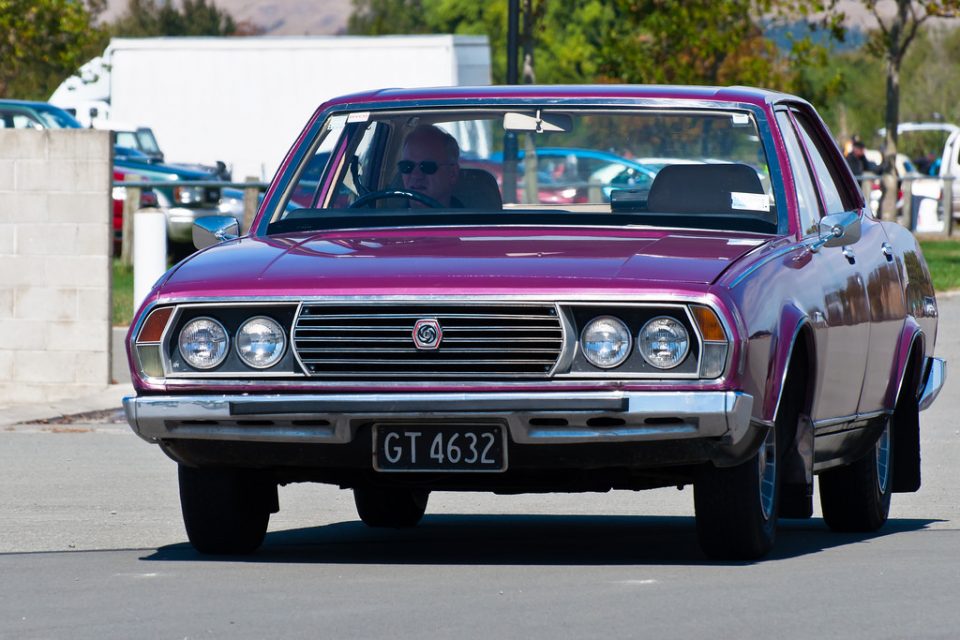 Once the object of jokes, the P76 is now looked upon with fond nostalgia.

Owners are fiercely protective of its reputation and are always eager to extol the car’s virtues.

Safety equipment was ahead of impending Australian Design Rules, with recessed door handles and full-length side intrusion reinforcements.

So with all of this advanced technology Leyland had high hopes of big sales and ran an advertising campaign touting the P76 as “anything but average”.

A local car magazine added to the glitter when it bestowed its annual car of the year award on the automobile.

Well, three things stood in the way of success for Leyland — styling, fuel and money.

Let’s face it; the P76 was not an overly attractive car.

The guy who penned it was Italian Giovanni Michelotti. His brief was to style a big car for a big country and make sure the boot could hold a 44 gallon drum.

And he did, but he forgot one thing — to make it look good!

The P76 side view was okay with its aggressive wedge shape, but the front and rear ends looked plain and unfinished compared to its rivals.

Then the Arab oil crisis hit and big cars fell out of favour as buyers looked for smaller alternatives.

Finally, Leyland Australia was not financially strong. Same goes for its UK parent.

Development and marketing funds were in short supply. They did not have the financial grunt to compete with the Holden, Chrysler and Ford — nor with their strong dealer networks and deep pockets. Inevitably, sales slowed.

The local CEO had exited and the British sent out their fix-it man, 31-year-old David Abell.

He wasted no time and closed the whole show down.

More than 5000 people lost their jobs when Leyland closed its Sydney plant.

Station wagon and “Force 7” coupe versions were designed, but never made it past the prototype stage.

Only one wagon and a handful of coupes survive.

CHECKOUT:The car made from soybeans