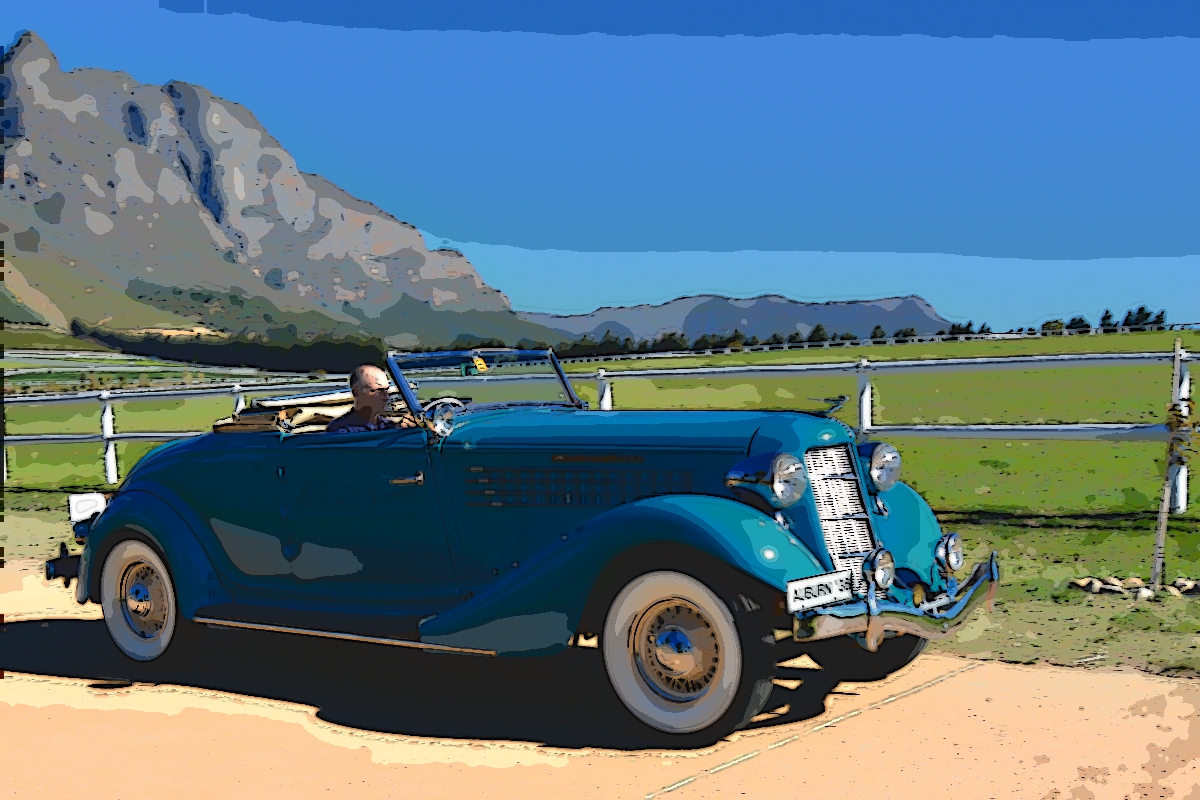 Hollywood looks failed to save Auburn

Led by the enigmatic E L Cord, Auburn was on the crest of a wave 85 years ago — but a sudden, post-Depression collapse left the automotive world short of a charismatic brand.

The company’s star performer, the Model 8, was actually the last to carry the name and garnered Hollywood-like popularity in the mid-1930s, but failed to save Auburn from closing down.

In particular, the elegant roadsters epitomised high society and had the go to match the show, thanks to a powerful straight-eight engine.

But stunning looks and performance were not enough to ensure survival when America was still in the throes of the Great Depression.

Along with Cord and Duesenberg, Auburn collapsed, yet its name is still talked about in revered tones.

Auburn Automobile Company Incorporated emerged from the Eckhart Carriage Company founded in 1874 by wheelwright Charles Eckhart, who had worked for the Studebaker brothers, and manufactured wagons at a factory in Auburn, Indiana.

Charles retired in 1893 leaving the business to sons Frank and Morris, the offspring taking time out from wagon production to develop their own bespoke motor cars.

In 1900 the Auburn Automobile Company was formed, but it was only after the 1903 Chicago Motor Show that the company properly started business.

The 1904 Auburn – a 2/4-seat touring car driven by a centrally-mounted, horizontal single-cylinder engine and two-speed planetary transmission, sold for $1000 which was a substantial sum 116 years ago — and maybe why the company was not particularly successful.

A move into new, larger premises signified a modestly successful operation but a shortage of materials brought about by World War One forced the factory to a halt.

Immediately after the war, the Eckharts sold out to a group of Chicago investors (including William Wrigley Jr of chewing gum fame) who re-started production but sales – and profits – were not as anticipated and Auburn found itself in the doldrums again.

In 1924, the group approached the maverick successful car salesman Errett Lobban Cord with a proposal for him to run the company with a clause that he could buy a controlling interest if he saved it.

Cord accepted and it appeared a shrewd move on his part, as he freshened-up unsold stock and began aggressive selling — to such good effect that by the end of 1925 he was able to take full control and became company president.

During the next five years, Cord backed a successful record-breaking run by Auburns at Atlantic City Speedway and Pikes Peak, and followed this by taking over Duesenberg, thus inheriting brothers Frederick and August Duesenberg’s engineering skills, talent and the brand name in order to produce luxury cars.

‘Duesys’ were also successful in motor sport, which helped its image.

Among other acquisitions, Cord bought engine manufacturer Lycoming to provide power plants for his products, as he pressed on with his plan to produce a range of high-priced, hi-tech luxury automobiles including the Model J Duesenberg.

He even created a brand after his own name, the Cord L-29, which appeared in 1929 and was America’s first mass-produced front-wheel drive car.

Cord’s empire was on a roll, flying in the face of Black Tuesday, the Wall Street crash of October, 1929, with Auburn sales almost doubling by 1931.

US Business Week described the brand as offering “more car for the money than the public has ever seen”.

The company even had an export program for both six- and eight-cylinder models with ‘Vanity excused’ as an advertising tag line.

During this time Cord employed Alan Leamy to design a new car and he came up with a range of models based on the company’s rigid straight-eight chassis, which featured channel-section side members and cruciform bracing under the floor.

The front axle was a forged beam and half-elliptic springs were used front and rear.

Body styles included a two-door Brougham, coupé, four-door sedan, and Phaeton sedan and a convertible — but it was the two-door, two-seat Speedster that captured the Hollywood spirit.

One of Auburn’s strong points was its use of the Lycoming GG straight-eight engine.

The block was cast iron and the side-valve flat-head made from aluminium.

From 1935 the single Stromberg downdraft carburettor was force fed by a Schwitzer-Cummins centrifugal supercharger (that spun to 24,000 revs) helping to deliver a peak power output of 112kW at 4000 rpm.

A three-speed manual gearbox took drive to a Columbia two-speed rear axle, the ratios (a ‘fast’ 4.5:1 and ‘cruising’ 3.1:1) selected by a steering-mounted control, effectively creating a six-speed transmission.

Top speed was the magical 100 mph (161 km/h), a fact promoted to good effect in the car’s advertising material.

A Straight Eight Speedster driven by David ‘Ab’ Jenkins at Utah averaged 100 mph for 12 hours to establish a US Stock Car record.

But there was a depression within the depression, and Auburn sales began to plummet.

While Leamy’s styling was elegant, Duesy designer Gordon Buehrig, tweaked the model range’s looks to create the straight-eight’s last hurrah — the 1935/36 Model 8 Speedster, with a boat-tail version as the pinnacle of fashion.

Known as the 851 for 1935 and 852 for 1936 (there were no significant changes), the cars were sold for a loss-making $2245 to attract showroom traffic to lesser, more affordable six- and eight-cylinder models.

But only around 500 examples were sold during the two years.

Auburn experimented with a Cummins diesel engine but the writing was already on the wall.

Under scrutiny of America’s Bureau of Internal Revenue and Securities and Exchange Commission, Cord sold his holdings and in 1937 Auburn – along with Cord and Duesenberg – went out of business.

South Africa’s famous Franschhoek Motor Museum has a 1936 852 Speedster, one of the last of the line, acquired from prominent collector, Bertie Bester.

The car later required mechanical refurbishment after the block became porous, with the result an unwelcome mixing of oil and water.

Replacement Lycoming engines are scarce but a standard straight-eight block was located in White River, purchased and together with the original motor sent to a Cape Town engineering shop for a rebuild.

The new block’s porting had to be modified in order to accept the supercharged induction system, but the crankshaft, con-rods and pistons were salvaged from the original engine.

The result is a motor that delivers a deep-throat rumble from its exhaust system that features four flexible stainless steel pipes that protrude from the left side of the side-louvred bonnet, dropping through the mudguard and running underneath the running board before merging into a single tailpipe.

The word SUPERCHARGED in big script above the louvres adds significantly to the appearance.

Climbing aboard through the rear-hinged door, the Speedster has a comfortable, airy and lavishly equipped interior.

But this is a car to be seen in, particularly with its striking sky blue paintwork, so after undoing a rather complex mechanism, the substantial soft-top can be lowered and the thrill of al fresco motoring enjoyed.

Once the fiddly ignition/starter has been activated, the hefty 852 – it weighs around 1700kg – purrs with an assurance that only quality-built cars display.

The long-throw gearshift prefers unhurried operation, but together with the dual-speed axle provides ground-eating performance from an engine working well within its capabilities.

Dip the clutch and turn a dial in the centre of the steering wheel to smoothly change ratios.

Ride and handling are taut thanks to the stiff chassis, the steering is meaty without being heavy at speed, and the brakes were pin sharp having just been overhauled.

In 1974, the Auburn Cord Duesenberg Automobile Museum was established in Auburn’s art deco headquarters built in 1929 in the city, and four years later listed on the National Register of Historic Places.

It houses over 120 vehicles and artefacts.

Today we can only look back and wonder ‘What if?’ and appreciate the survivors, of which this Straight-Eight Speedster is a prime example.