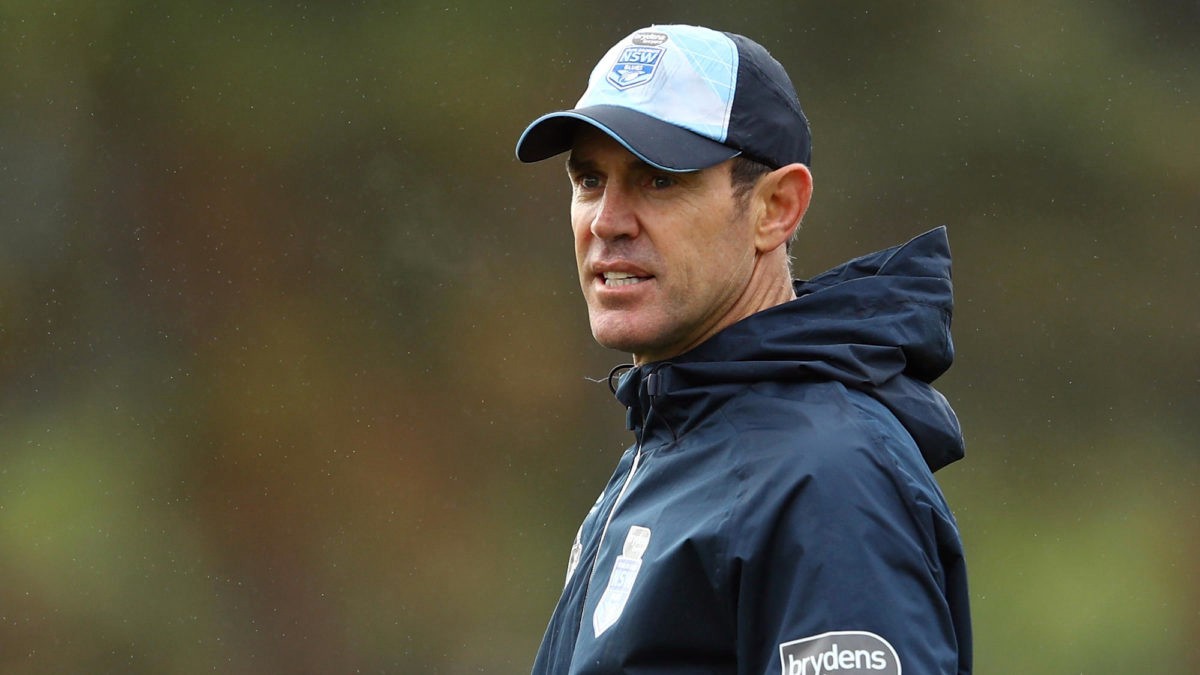 The NSW Blues bounced back from a shock loss in last year’s State of Origin Series by humiliating the Qld Maroons 50-6.

Penrith’s great form over the last two seasons saw five players picked for the Blues and one for the Maroons.

Two of their players on debut, who played starring roles, were five-eighth Jerome Luai and winger Brian To’o.

Many people questioned their selection. Some claimed that Canberra’s Jack Wighton, who is the current Dally M Medalist, should have played five-eighth — and that Brian To’o was too short for the wing.

Blues coach Brad Fittler decided to give them a go, however, and they repaid him in the best way possible — To’o scoring a double and Luai linking brilliantly with halfback Nathan Cleary to lead a dominant Blues pack around the park.

I never doubted they would make it in the toughest rugby league competition of them all — State of Origin. Why, you might ask?

Because both players spent time while growing up at that great Rugby League nursery, Patrician Brothers Blacktown.

Their website boasts there are 30 former Pat’s boys in the NRL at the moment.

They include Luai and To’o as well as Penrith team mates Spencer Leniu, Stephen Crichton, Brent Naden and Tyrone May.

Luke Lewis is another old boy. Lewis played 324 games in the NRL and 17 Tests for Australia.

Pat’s old boys also include State cricketers and Olympians, as well as the Blue Wiggle Anthony Field and his brother Paul who is the band’s manager.

Oh, and they have one more famous old boy. Me, Mr Sport.

I was in the same class as the Field boys older brother, Pat.

Watching Luai and To’o brought back memories of my time at St Pats.

Rugby League was like a religion. They had a number one oval, and two other ovals.

We were allowed to play on the other two ovals at any time, but the number one oval was off limits, except for lunch time on Friday — and even then, we had to take off our shoes.

On Wednesday afternoon, we didn’t have sport, we had rugby league. It was the only sport we had — and everyone HAD to play.

One year I was in a team that had a few solid players and were doing all right.

While not in the same class as the players I mentioned earlier, I think I must have been pretty good. I once heard one of the teachers say I was my team’s biggest drawback.

Anyway, after a season playing on half fields on the lower ovals, we actually made the Grand Final.

One of my best mates was team captain. His father came to the Grand Final to give us a bit of coaching.

We didn’t have any superstars, just a lot of fairly solid players.

Our Grand Final opponents on the day had one of the better players in our year.

He was a big guy of Eastern European heritage. I’ve forgotten his name, so I’ll call him Igor.

My mate’s dad spent about 30 minutes with us before the game trying to impart some his knowledge.

His game plan consisted of double-teaming Igor, to prevent his impact and relied on the fact the other players in his team posed little threat.

He also decided that I would play fullback, and told me I needed to stay back as our last line of defence.

I remember running out on to the number one oval, thinking to myself that this was the first time I had ever been on the oval with my shoes on.

I was keen to get involved in the game, but every time I tried to move up in attack or defence, the coach’s voice bellowed out: “Mr Sport, get back in position”.

After all the times that I had spent at his house, he still didn’t remember my name.

Anyway, the game plan worked fairly well, with our forwards preventing Igor from having much impact.

With a couple of minutes to go, we were ahead by two points in a low scoring game.

And then it happened.

Igor got the ball and beat a couple of tackles down the right hand side.

As fullback, I had been floating around at the back as the “last line of defence”.

I quickly moved across the field in case he broke through any more tackles, which of course he did.

So there I was on our 22 yard line (this was pre-metric), about 10 yards in from touch.

Igor is about 15 yards from me. As he bears down on me, I can make out a bead of sweat, trickling down into his 5 O’clock shadow, which is very scary when you are in 1st form (year 7).

Igor was athletic for such a big kid and I realised that all he had to do was use his famed left foot step and leave me for dead as he raced around for the winning try under the posts.

And then I saw his eyes and an evil grin spread across his face.

It was then I realised that instead of side-stepping me, he was going to run right over the top of me.

The time it took him to run that final 15 yards seemed to take forever.

I’ll never know, because by then my eyes were closed.

As I flew backwards through the air, I prayed desperately that I would slow him down enough to give someone else a chance to tackle him.

By now I was lying flat on my back on the ground, with a massive pain in my chest.

I opened my eyes to find that the chest pain was in fact Igor’s foot, which I was clutching with both hands.

I had made the tackle and we won the Grand Final.

The whole school was watching and cheering me for my courageous tackle. At least I assumed they were.

There was so much ringing in my ears that I couldn’t hear anyone for another 15 minutes.

Then, a couple of weeks later, I suffered a knee injury while working as a St Johns Ambulance boy on the sidelines of another rugby league game, and that folks spelled the end of my footy career — but that’s another story for another day.

Pat’s Boys are bred tough. That’s why I knew Luai and To’o wouldn’t let us down.