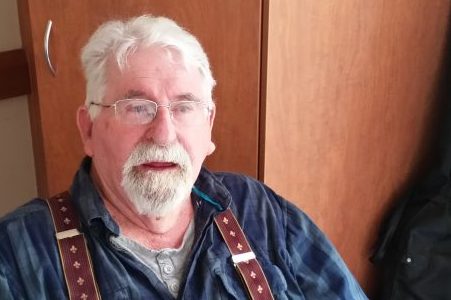 My father celebrated his 90th birthday this week.

It’s a big number and one that makes you stop and think.

In 1927, when Kev was born, they were still driving vintage cars, TV hadn’t been invented, and no one had even thought of computers or mobile phones.

Everyone grows old, there’s nothing surer.

But not everyone is going to make it to the finishing line.

Sadly, we’ll lose some friends and relatives along the way, to awful things like cancer, car accidents and the odd shark attack (if you live in the west).

And, ironically, the older you get the less friends you’ll have, as one by one they fall by the wayside.

Then there’s other forms of bereavement, such as divorce and family arguments.

My parents parted company way back in the 80s, soon after I’d left home to go to university, leaving my younger brother and sister behind.

Mum, who was a truly inspiring lady, passed almost three years ago after a long and valiant struggle against Alzheimer’s.

My brother. Well, we don’t talk much – not since Mum’s funeral.

My sister. She didn’t make it – she decided to take her own life years ago.

Like I said, just living is a dangerous business.

As the sticker on the back of my Forester says: “Don’t take life too seriously – it isn’t permanent.”

Which brings us back to Kev’s birthday bash this Sunday.

We felt 90 required something special but drawing up the invitation list was challenging.

You see the only real friend Kev has left is a bloke from the nursing home where he has lived for the past 10 years.

He was forced to give up his one-bedroom unit after the fall which left him on the ground for several days before being discovered.

Alf, his mate, wasn’t sure whether he could make it on Sunday – it’s the day his daughter usually visits.

Fortunately, he’s been able to get a pass.

The rest of Kev’s mates are either dead, have moved on or were left behind in the move.

So the guest list at this stage comprises mainly our friends, some of whom have met Kev off and on over the years.

We decided against asking for presents.

I mean what do you give someone who needs very little, apart from food, clothing, the paper and a TV to watch?

Anyway, the good news is that Kev’s looking forward to the big party, to seeing his other son, our older cousin, the grand kids and great grandchildren.

We haven’t told it’s a party, just lunch with a few of the family.

He’s looking forward to having a big feed of fish and chips.

The way he’s going Kev will probably outlive us all.

He doesn’t look 90 and has trouble believing it himself.

Apart from being a little hard of hearing and stuck in a wheelchair, he’s actually in pretty good health for someone his age

He still reads, listens to the radio, watches television, and flirts with the nurses when he gets a chance.

Sometimes Kev talks about buying another Kombi and heading up the coast, putting up his easel and doing some painting.