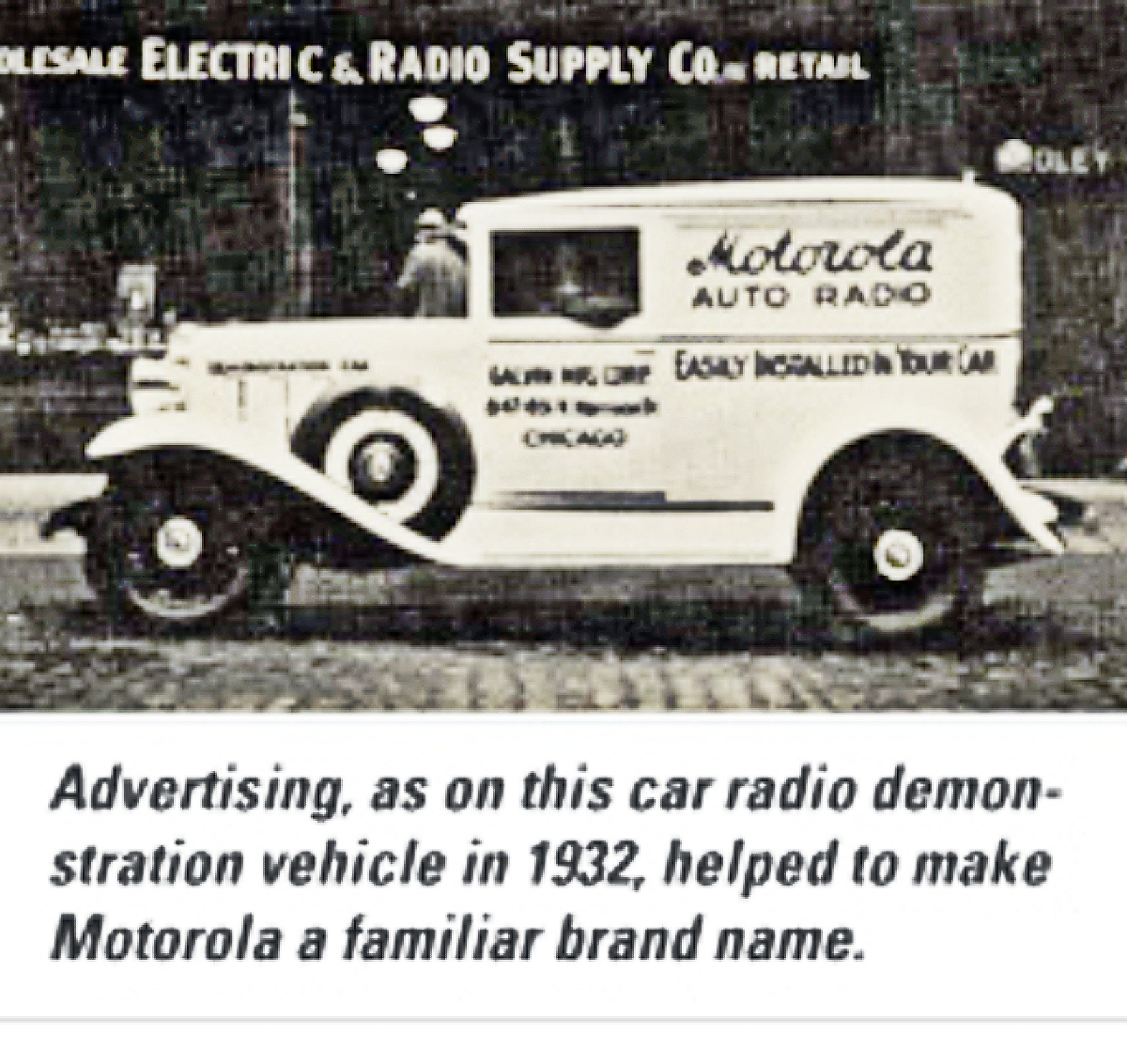 Guys who came up with car radio

Home
Memory lane
Guys who came up with car radio

IMAGINE modern cars without what is now called an ‘audio system.’

Salespeople wouldn’t be able to give them away, because they’re viewed as essential components and to many of the ‘infotainment’ slaves –they’re almost as important as the engine or the wheels.

What? No multi-speaker and woofered Bose, Alpine, Bang and Olufsen or Bowers and Wilkins?

Or any other brand for that matter.

Oddly, car radios had a rather slow start, first appearing in the 1930s, but only gaining real popularity in the 1940s – and then as an optional and pretty pricey extra.

Elmer H. Wavering, William Lear and Paul Galvin were the pioneers of car radios, no mean feat considering many homes in the 1930s had no electric power and home radios were often dependent on batteries.

Wavering, who grew up in Quincy, Illinois, was fascinated by radio and spent all his time after school and weekends working in a radio parts store run by Bill Lear – the same man who, decades later, founded the Lear Jet Corporation.

Lear, five years Wavering’s senior, had worked as a radio operator for the US Navy in WWI and was quick to see the potential the medium had in future aviation.

The two young men tinkered with parts, much of them from wartime surplus, that allowed customers to build their own radios.

But it wasn’t long before they set their sights on developing a radio for cars.

It turned out to be a hell of a task.

The radio was made up of a receiver, a sizeable box with vacuum tubes and an octagonal box that contained a single speaker and was mounted under the dashboard.

Another box housed a tuner and volume control and was mounted on the steering wheel.

The receiver was connected to two batteries under the seats and the aerial was hidden in the roof lining.

It worked, but components such as the generator and spark plugs sent noisy, pitching static through to the speaker, drowning out whatever was on air.

The lads went to work, finding and suppressing the manifold sources of interference until they finally got it right.

Next, they took their bulky, complex creation to a radio convention in Chicago, where they met Paul Galvin, head of the Galvin Manufacturing Corporation, makers of the Battery Eliminator — a big selling item that allowed battery-powered radios to run on household AC current.

Galvin was taken with the product, especially since more homes were steadily being wired with electricity and his Battery Eliminator was clearly headed for obsolete status.

Lear and Wavering went to work in a section of Galvin’s factory, refined their crude creation and mounted it in his Studebaker.

Galvin next went to apply for a loan to expand the operation and headed off to see his bank manager.

To prove how good the radio was, he had one fitted to the banker’s Packard – which minutes later went up in flames.

Did he get the loan?

Next stop was to Atlantic City, some 1200km away, which hosted the 1930 Radio Manufacturers Association convention.

He didn’t have the cash to pay for a display stand, so he simply parked his Studebaker at the convention centre’s entrance, opened the car’s doors and windows and cranked up the volume.

Bemused attendees liked what they heard and Galvin got enough orders to put the radio, which he initially called the 5T71, into production.

Galvin was pretty smart at marketing and figured a name would be better than a number, so he called the radio the Motorola.

Sales were still slow because the product cost about $110 in 1930, and installing it was more than an effort.

It took two technicians three to four days because the dashboard had to be removed and modified to accommodate the receiver and speaker, and the roof lining had to be taken out and refitted after the aerial was put in place.

The radio also had its own battery, which was usually fitted under the floor.

The installation manual had eight diagrams and 28 pages of instructions.

The price was also a big problem because the average new car of the time cost about $650, and the country was sliding into the Great Depression.

Ford came to the rescue in 1933, when it offered Motorolas as a factory-fitted option on its cars and a year later the B F Goodrich tyre company sold them at its nationwide chain of shops.

By 1935, the price of the radio, including fitting, had dropped to $55, which was somewhat more appealing.

A few years later WWII intervened and in 1947, just two years after the end of hostilities, Galvin Manufacturing changed its name to Motorola and with the help of Elmer Wavering, who had by then taken over as company president, developed many new and advanced products.

In the 1950s he developed the first mass-produced automotive alternator, replacing the notoriously problematic generators of old.

That, in turn, allowed car makers to introduce luxuries such as power windows, seats, steering and brakes, central locking and air conditioning.

”The radio may have made the car fun,” Wavering once said, “but the alternator made everything else possible.”

He also helped to build Motorola into one of North America’s top companies before retiring in 1972.

In between, Motorola introduced the world’s first pager and, in 1969, its radio and television equipment was used to give the world voice and footage of astronaut Neil Armstrong’s first steps on the Moon.

That milestone was followed in 1973 with the world’s first handheld cellular phone.

Yep, the thing nearly everyone today owns and refers to (in Oz) as a mobile.

Motorola remains one of the largest cell/mobile phone manufacturers in the world.

But what became of the two pioneers of the car radio?

Elmer Wavering stayed with Motorola, but never forgot where he came from.

He put his hometown of Quincy on the map and created a great many jobs by building three plants there making radio parts.

The grateful town responded by naming a central city park in his honour.

William Lear was turfed out of several schools because he was so much smarter than most of the teachers.

To save face, the education folk branded him a ‘difficult’ student, and expelled him.

Lear, the son of immigrant parents, said that by the age of 12 he had worked out a blueprint of his life, based upon inventing things that people wanted.

He quit school to become a mechanic and at the age of 16 joined the US Navy, lying about his age – and learning all he could about radio.

The brilliant Lear simply kept on inventing and ended up with more than 150 patents.

Remember eight-track tape players? That was another of his inventions. Likewise amplifiers.

The bigger part of his heart lay in aviation and, among other now essential products, he invented radio direction finders.

By 1939 more than half the private aircraft in the US were using Lear radio and navigational equipment.

In World War II, the company made various precision devices for Allied aircraft.

At the time he was focused on developing his F-5 autopilot and was flying his own Beechcraft.

Aboard was his wife, Moya, and four-year-old son, David.

So engrossed was Lear in his calculations that he strayed into secure air space and only became aware of it when he spotted a pair of fighter planes scrambled by the USAF to identify the intruder.

Lear often told of how he put young David in the pilot’s seat and told him to smile and wave at the fighter pilots when they came close – while he and Moya hid on the floor.

He would shake with laughter wondering what he pilots would write in their reports.

His autopilot came to fruition in 1949, earned him the Collier Trophy, presented by President Harry Truman, and was described as the  “greatest achievement in aviation” of the era.

By 1956, more 100,000 F-5 autopilots were in use, some for French Caravelle jetliners, with the City of Paris honouring him with the Great Silver Medal.

He then went on to build his famous and super-successful Lear Jet, the world’s first mass-produced business jet.

However, the inspiring lives of Lear and Wavering all started with the humble Motorola car radio.