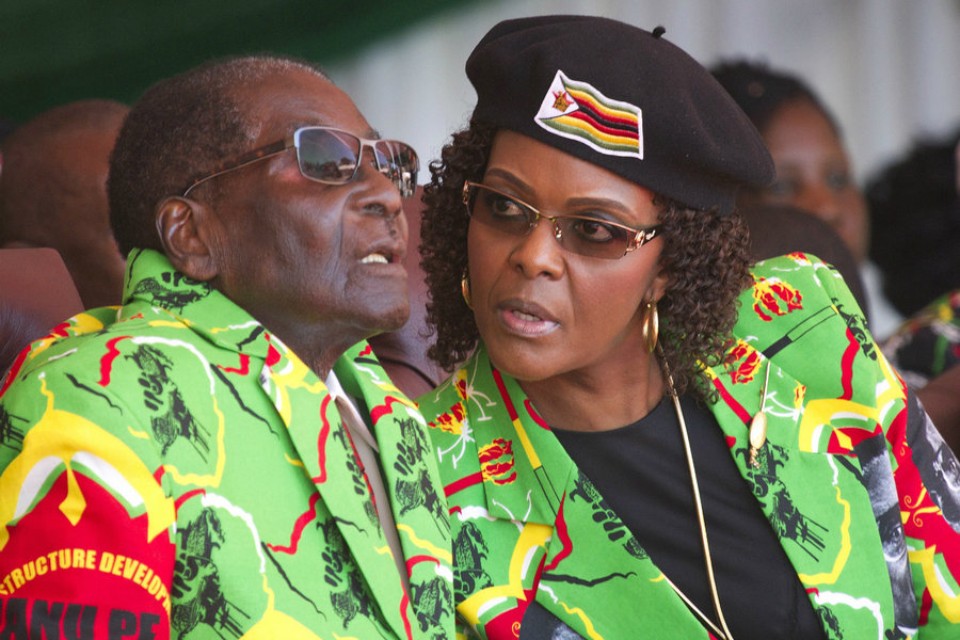 THREE luxury cars belonging to the Mugabe family were briefly detained in Botswana after the vehicles were involved in a crash as they were driven out of Zimbabwe en route to South Africa.

Police said the Rolls-Royce – one of three bought by the Mugabes – a red Porsche and a Range Rover were damaged when the convoy – led by former first lady Grace Mugabe’s son – slowed down to avoid cattle crossing the road.

Superintendent Wazha Zambezi said the vehicles were hit by a Toyota Corolla near the village of Artesia, 80km northeast of Gaberone, in the accident on Friday night.

“We kept the vehicles for few hours at the police station and they were released to the owners on Saturday morning,” he said.

“We always keep the vehicles involved in accidents and those three cars were not an exception.”

Grace Mugabe, widely known as ‘Gucci Grace’ and ‘DisGrace’ for her violent temper and extravagant spending habits, is said to have organised the transfer after fearing she would lose her ill-gotten gains in a crackdown on corruption in the wake of the bloodless coup which ended her husband Robert’s 37-year rule.

She has not been seen in public since her husband was ousted from power in November.

The Chronicle, a state-owned newspaper in Zimbabwe, reported this week that Grace’s son Russell Goreraza had been stopped at the border for several hours as he drove into Botswana.

The cars were suspected of being used to smuggle cash and other valuables out of Zimbabwe after Mugabe’s fall.

They were released after several hours of searches and when Goreraza produced documents proving that Grace had granted him permission to drive her Rolls-Royce to Botswana and South Africa.

The Chronicle quoted Goreraza as saying he was driving to South Africa to have the cars serviced.

He is Grace’s son from her first marriage. She also has two sons and a daughter with Robert Mugabe, 93.

Grace, who is 41 younger than her husband, was widely criticised for her extravagance and lavish shopping sprees as the Zimbabwean economy collapsed under Mugabe’s authoritarian rule.

Her sons spend most of their time in luxury homes in Johannesburg, but Grace is fearful of visiting her multi-million dollar properties there for fear of being arrested after assaulting a young woman there a few months ago.