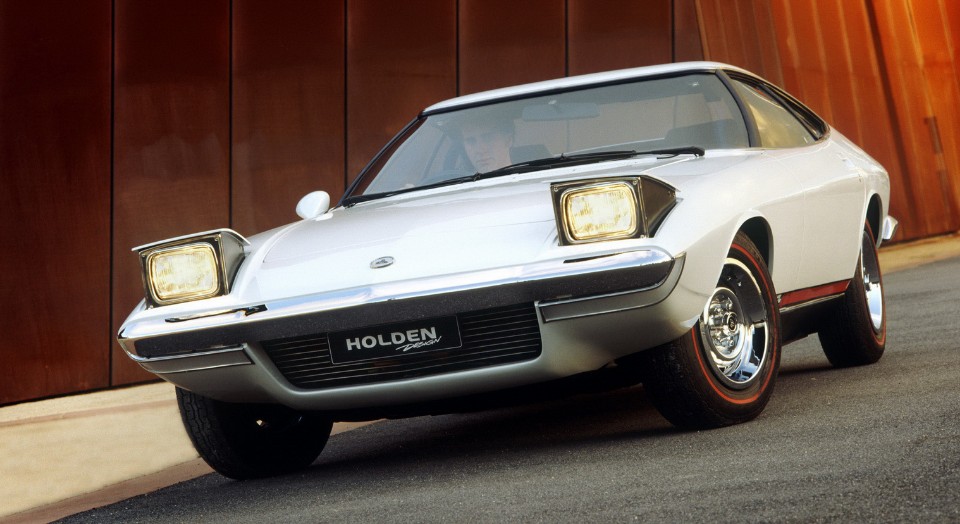 GTR-X just a cooee from reality

Starting life in July, 1969, the design concept, which was based on the famous LC Torana GTR XU-1, featured an aerodynamic, wedge-shaped fibreglass body.

Simplicity is the keynote, extolled Holden at the time.

“Front and rear bumpers assume the contour of the body. To identify the car, the GTR-X identification is contained within a crisp black and orange stripe running parallel to the rocker panel”.

The brief for the design team was that the GTR-X had to meet or exceed all existing and future design and safety regulations.

At the same time, it had to offer superior ride and handling – all in a unique, never before seen body style.

The lightweight body was constructed in three sections: back, body and front.

The sections were bonded with fibreglass resin and reinforced with steel, together with the addition of a roll bar for crash protection.

Finished in pearl white, the two-seat hatch weighed in at 1043kg and had a claimed top speed of 210km/h.

Underneath the body of the prototype lurked the platform and power train from the XU-1, with a 3.0-litre (186 cubic inch) six-cylinder engine that developed 120kW of power at 5200 revs and 258Nm of torque at 3600rpm.

Drive was transmitted to the rear wheels through a four-speed, all-syncro manual tranny.

Exterior ornamentation was minimal, restricted to a GTR-X decal, orange stripe that runs the length of the car and Holden Lion emblems on the hood and deck panels.

The experimental coupe almost made it into production, that is before rising costs brought an end to the project — even though marketing materials had already been printed and delivered.

A two-seater of any description is always a hard sell, one of the primary reasons Mazda has never followed through with another RX-7.

GTR-X would have been the first Holden to be factory fitted with four-wheel disc brakes – a distinction that went to the later A9X Torana.

The only existing complete prototype of the car was on permanent display at the Salmon St offices of Holden in Melbourne.

Not sure where that car is now, but another can be seen at the Birdwood Motor Museum in South Australia.

CHECKOUT: Half century since the Hurricane struck