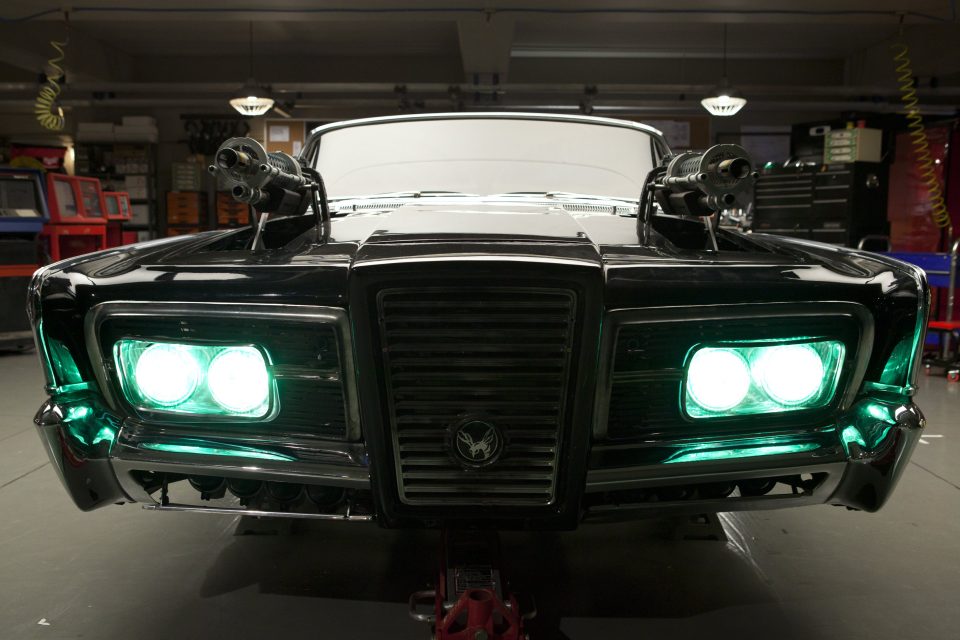 Green Hornet had cool gadgets too

About the time Batman and Robin were fighting crime, another dynamic duo graced our television screens – The Green Hornet and Kato.

And, just like the caped crusader, the suave Hornet had a special car with lots of really cool gadgets to keep the baddies at bay.

In fact, the pair actually appeared in a couple of Batman episodes back in the Sixties.

Based on a radio drama by George W Trendle, the Green Hornet ran for one season of 26, 30-minute episodes that went to air between 1966 and 1967.

It was Lee’s first major Hollywood role and audiences were stunned by his prowess.

In the radio dramas, Britt Reid is the son of Dan Reid, who was the Lone Ranger’s nephew (John Reid).

For TV, however, it was suggested that John Reid is Britt’s great granduncle.

Trivia buffs will also be interested to learn that Van Williams and Batman star Adam West were once next door neighbours and reportedly the best of buddies.

In the series the Hornet’s car is a jet black 1966 Chrysler Crown Imperial that had been heavily customised for its screen role.

The car known as ‘‘The Black Beauty’’ reportedly cost US $50,000 to build and was the work of Dean Jefferies who authored many Hollywood vehicles including the Batmobile.

Jefferies was commissioned by the show’s producers to build a car that looked ‘‘heavy duty’’, not just a hot rod.

There were actually two Beauties: one for close-ups and the other less detailed model for long shots.

Jefferies had 30 days to build the car and, as was the norm in those days, many of the gadgets actually worked.

You could fire rockets from the front and rear, although the first time they tried to do this for the camera, it blew half the front away.

A built-in TV camera could see ‘‘four miles’’ ahead and twin green headlights rotated, emitting a light that could only be seen by the Hornet and Kato.

Built into the trunk was the launching mechanism for the Hornet Scanner, but in one episode this was replaced with a mortar.

Pop out brooms swept away tell-tale tyre tracks behind each rear wheel.

Steel rams in the front and rear locked into clamps which held the car tight as the floor on which it sat revolved, to reveal Britt Reid’s daily drive and to hide the Beauty from prying eyes.

When originally delivered the Black Beauty was finished in an impressive black lacquer, however it did not show up well on film as the lacquer reflected the light.

So the car was returned to Dean and repainted flat black.

After the series was cancelled the Beauty spent more than 20 years rotting in the studio backlot before it was salvaged by enthusiast Dan ‘‘JR’’ Goodman.

They rebooted the Green Hornet in 2011 with Seth Rogen and Jay Chou in the main roles, but frankly it isn’t a very good movie – split between satire and action.

CHECKOUT:Bruce Lee would have been 80