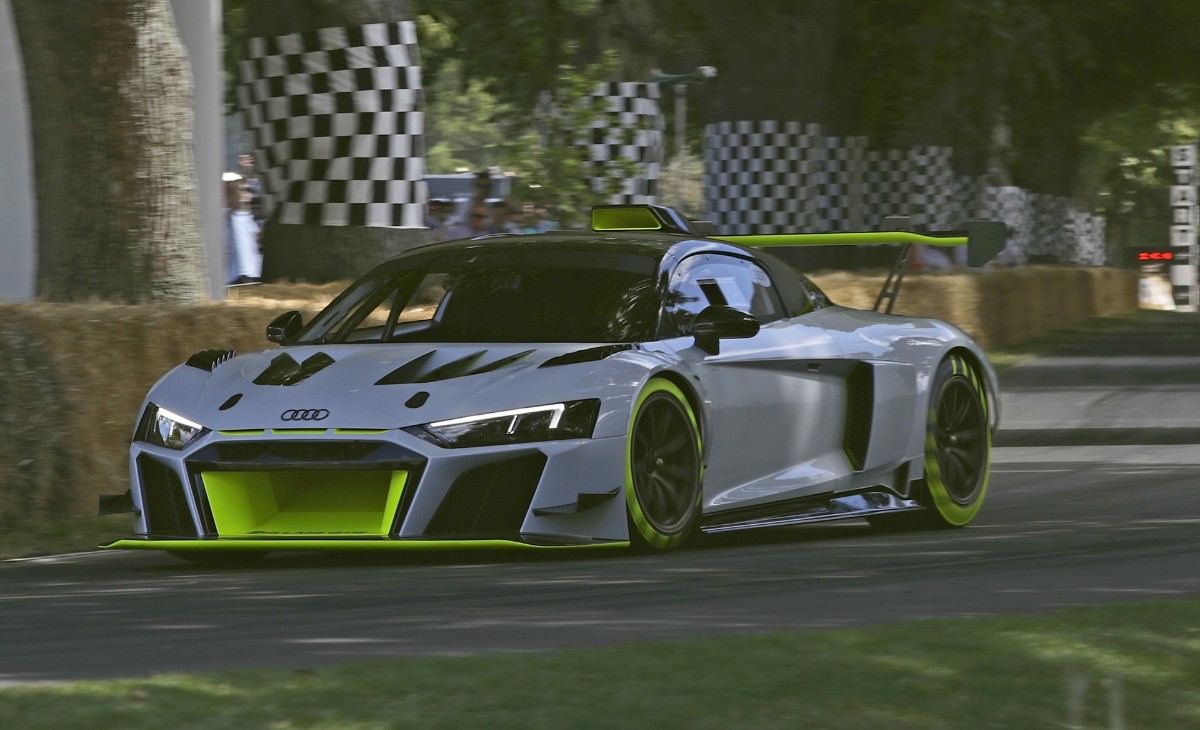 WHAT is Audi planning to do with its recently-acquired “R8 Green Hell” name?

The German carmaker has had that title trademarked with the European Union Intellectual Property Office, and as anyone who has any interest in motorsport knows, Green Hell is the nickname of the 20.8km Nordschleife section at the famous Nürburgring circuit.

It suggests Audi is working on a plan to produce a new variant of its R8 hottie — but it could also just be a safeguard against anyone else using the title in future.

If Audi really does intend to build an R8 Green Hell, it’s clear it’s going to be a hardcore version of the R8, probably a track-focused limited edition or a specially-tuned version of the R8 focused on setting a new lap record.

At present, the record for production cars is 6:44.97, set by the Lamborghini Aventador SVJ in 2018.

The 6.5-litre V12 Aventador SVJ beat the previous record-holder, the Porsche 911 GT2 RS, by nearly three seconds, and the Huracan Performante by some seven seconds.

The Green Hell could also serve as a bon voyage for the current-generation R8.

Reports have indicated that Audi is considering replacing the R8 with an electric model, or at least a model with some form of electrification.

The current R8 was introduced for the 2017 model year and for 2020 received a small round of updates.

The second-generation R8 did not get as enthusiastic a reception as its predecessor, leading to persistent rumours the model would be dropped.

A supercar with a V10 engine also doesn’t exactly fit in with Audi and parent Volkswagen Group’s electrification plans.

Interestingly, the R8 Green Hell trademark does not apply to the US, which is probably Audi’s biggest market for that model, so if it does get to the production stage — it might be a Europe-only model.

It might also follow a lot of the lines of Audi’s R8 LMS GT2 race car which seems a good place to start if you’re going to make a white-hot model for the autobahn.

But for now, the R8 Green Hell is just a tantalising title in the patents office.