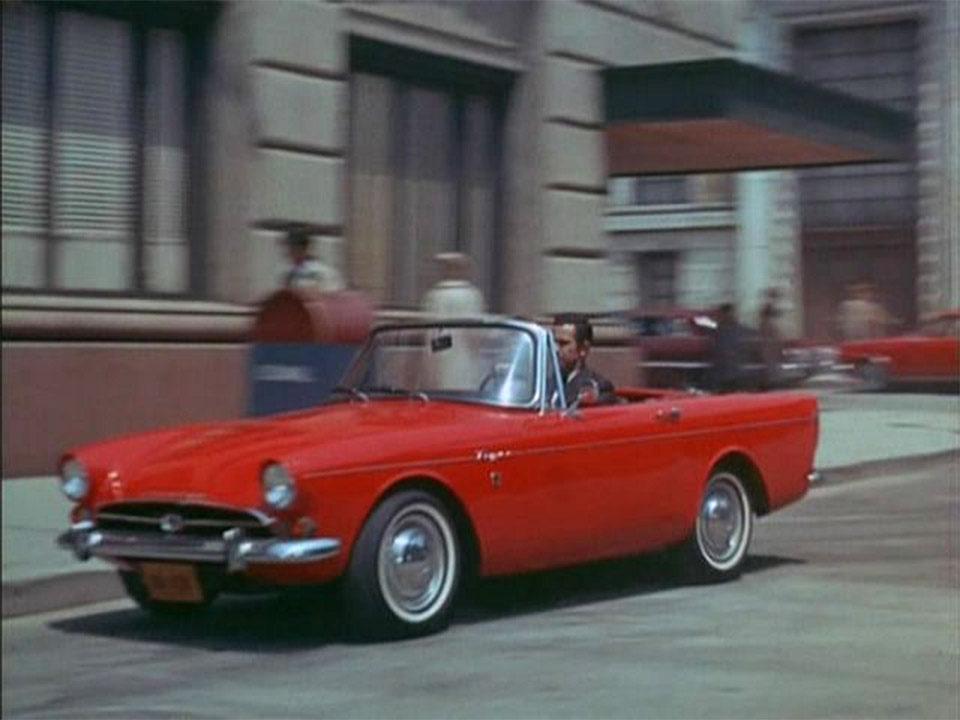 Max's car was an Alpine dressed up to look like a Tiger.
Watch it
3 min read

Get Smart: Tiger actually an Alpine

Home
Time out
Watch it
Get Smart: Tiger actually an Alpine

ONE of the most endearing characters to grace our television screens has to be the bumbling secret agent Maxwell Smart.

Created by Mel Brooks and Buck Henry, Get Smart ran for five seasons from its debut in 1965 until the final show in 1970, but is one of the most repeated shows in television history.

Characters Max (Don Adams), 99 (Barbara Feldon), and the Chief (Edward Platt) became household names, with the series regarded by many people as the quintessential show to emerge from the Sixties.

There were of course the movies too, The Nude Bomb in 1980 and Get Smart Again in 1989, and even an attempt to resurrect the series in 1995 with Don Adams as the Chief and 99 as a Congresswoman — but none of them ever really captured the zany humour of the original.

Like every self-respecting secret agent, Max had a sleek sports car and arsenal of gadgets to defeat the bad guys.

But if the words ‘‘Sorry about that, Chief” don’t mean anything to you, then you’re probably not going to be interested in the kind of car Max drove.

Correction, make that cars plural, because he drove four different cars in the show – or was that five?

In the pilot episode Max exits a dark coloured early ’60s Ferrari 250 GT Spyder California from a quiet downtown Los Angeles street, throwing his hat in the car and running downstairs to Control headquarters which is underground.

But when the series went into production the Ferrari was replaced by a red 1965 V8-powered Sunbeam Tiger, perhaps Max’s best known car.

And even the Tiger had a stand-in for most episodes, a rebadged four-cylinder Sunbeam Alpine (with Tiger script on the side).

Apparently, there was no room under the bonnet of the real Tiger with its bigger engine for the car’s James Bond-style machine gun.

Described as a poor man’s Cobra, the Sunbeam Tiger was the cheapest way to have a Shelby-engineered, small block, Ford-powered, two-seat British convertible in the ’60s.

Road and Track found it to be ‘‘a comfortable and refined sports/touring car. In 164 bhp (brake horsepower) form, the performance and handling of the car are just about ideal.’’

The problem was getting the power to the ground through the small 13-inch wheels.

Interestingly, 007 himself drove a light-blue Alpine briefly in Dr No.

However, for the third and fourth seasons, Max swapped his Sunbeam for a blue Volkswagen Karmann Ghia.

The Karmann-engineered Ghia was one good looking car but it was no match in the performance department for the Tiger, so why the switch is anyone’s guess?

In at least one episode of the fourth season, A Tale of Two Tails, Max can be seen driving a different blue convertible.

That car is thought to have been a Mustang Shelby GT500KR Convertible, but it was the Chief’s — so it really doesn’t count.

Another interesting bit of trivia is that Don Adams was either given or bought the Tiger from the studio after the show finished.

He used it in the Chief auto parts advertisements, then grew tired of it.

Adams ended up giving it to his daughters, who both reportedly crashed it (we’re not going there).

It is thought to have been bought by a guy in Phoenix, Arizona who restored the car to its former glory.

Last time we heard the Tiger was on display at the Playboy Mansion in Los Angeles.

In typical fashion Adams joked about not wanting a mournful funeral, preferring instead to have his friends get together “and bring me back to life” (a line from the show).

As far as we know Get Smart is not currently available to watch on any of the streaming services. It is available on DVD however.