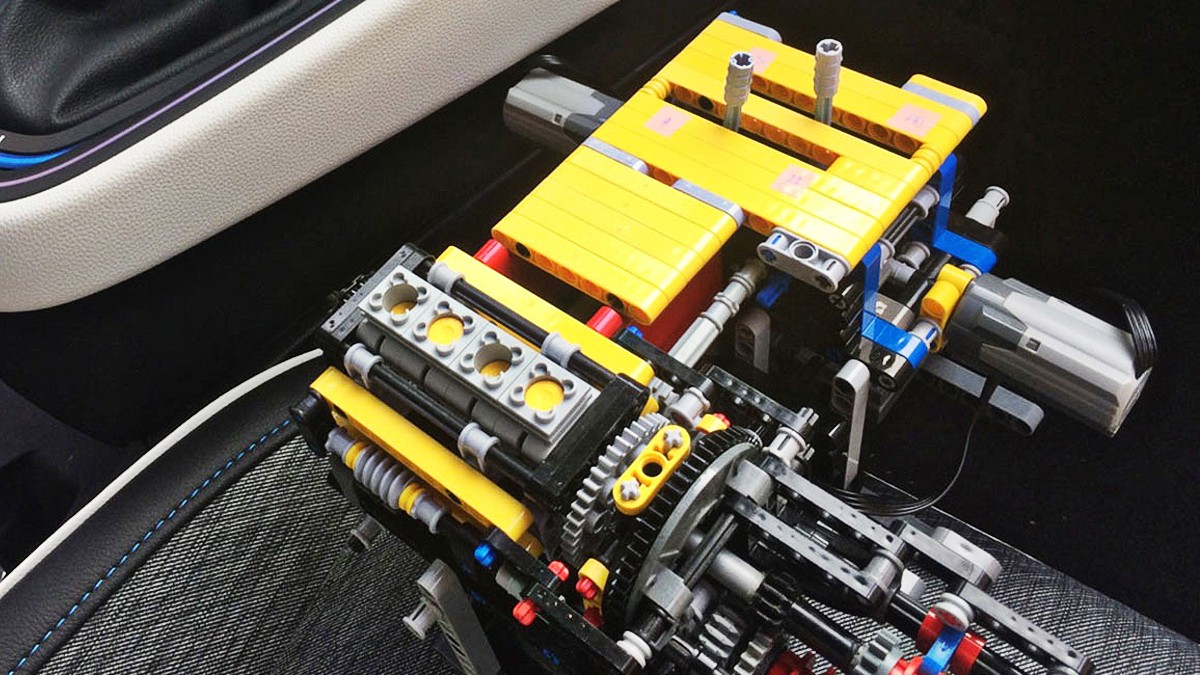 From Lego model to working engine

Renault has revealed its advanced E-TECH powertrains all began with a LEGO model.

The next challenge was to turn the toy prototype into a real, working engine.

“Going from the LEGO adventure to reality was a massive challenge,” Ketfi-Cherif said. “It taught me a lot.”

The mechatronics synthesis architect, needed to ensure transitions between driving modes were possible with a simple ‘dog clutch’.

It’s a system normally reserved for motorsport and boasts superior efficiency due to the reduced number of components.

This particular type of ‘flat’ version works well over time and is more reliable than other types.

However, the team needed to find a solution to make the system smoother, as components are less likely to fit together than in alternative setups.

“We’re used to using dog clutches in Formula One, for a racing engine,” he said.

“But it was something completely new for a ‘general public’ engine. We had to make this simple object usable by customers,

The mechatronics synthesis architect quickly came up with a solution to ensure enhanced smoothness by adding a second electric motor, called a High-voltage Starter Generator (HSG).

“Its role is to replace the synchronisers of a traditional gearbox to facilitate the clutch and therefore the gear change.

“By working in conjunction with the electric motor, it allows very precise regulation of the speed of rotation of the gearbox for smooth gear changes.”

From this, the original LEGO model concept was updated and tested on the road.

They discovered the HSG brought other benefits with immediate torque contribution smoothing acceleration at low speeds, avoiding any break in torque delivery when changing gears.

This also meant the system could operate as a series hybrid for enhanced comfort and flexibility, without the need for an excess of stored energy or a charging socket.

“The possibilities for use in the range were multiplied, with both E-TECH hybrid and E-TECH plug-in hybrid powertrains now possible.”

At the end of these tests, the E-TECH development teams were reassured that what had worked in the LEGO concept and in simulation also worked “extremely well” in real life.

CHECKOUT: Nismo by the numbers with Lego