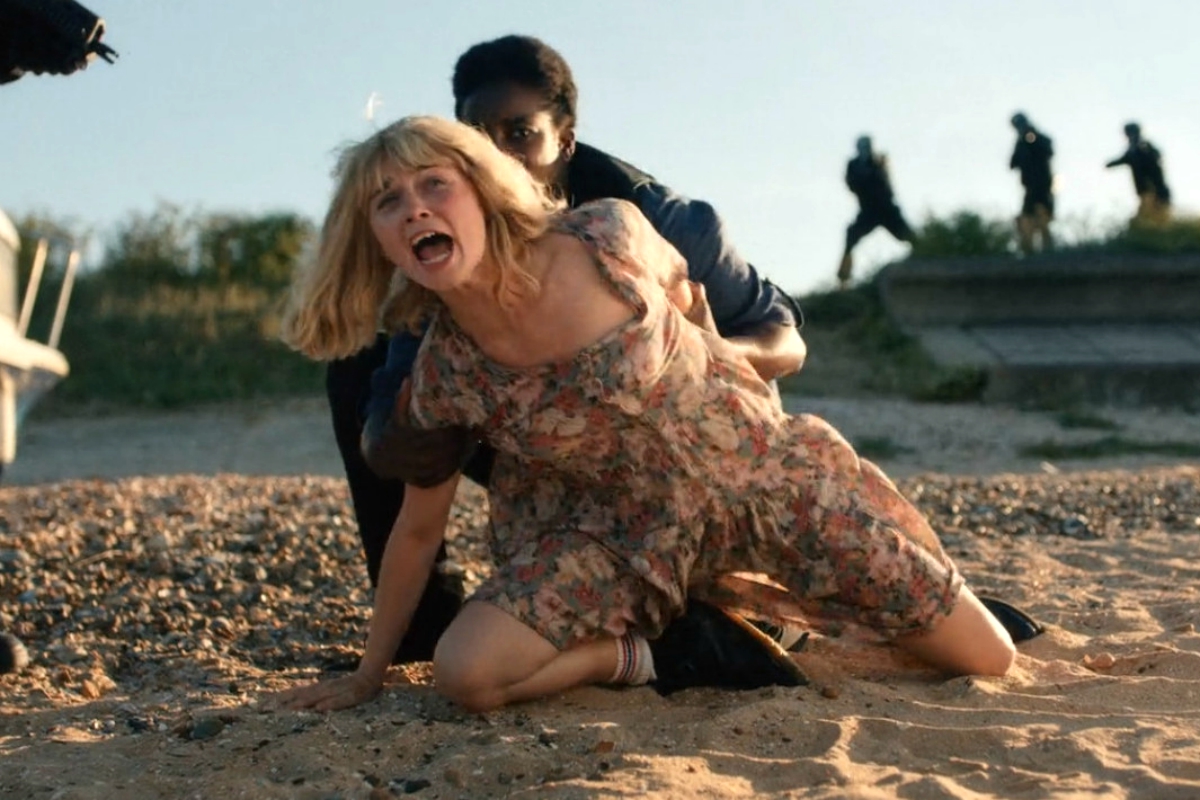 Forget COVID — it’s the end of the f***ing world

James is “pretty sure” he’s a psychopath, primarily because he extracts a cold joy from killing small animals.

Life drags on.  He feels nothing.  His head fills with the idea that if he’s really a psychopath — he needs to kill someone — a human.

His classmate, the jaded, mouthy Alyssa (Jessica Barden), has a rough home life and is looking to break out of the stultifying town.

To escape their situation, James proposes they run away together for fun and excitement.

In doing so, he realises that potentially he has a victim and an opportunity to complete his ‘mission’ away from home.

Stealing his dad’s car and his finest piece of knifeware, the pair set off on a road trip across England.

So the question for viewers becomes . . . Will he?

Of course, two teenagers with no money and a stolen car aren’t just going to check into a country motel and visit the local antiques shop.

No, they find a darkened but luxurious, mid-century modern house, and break in to spend the night.

For a while they have the houses to themselves, but of course the return of the owner, the renowned author, Clive Koch, chills the mood.

The house of course holds secrets about Koch that are revealed to James downstairs. At the same time, Koch discovers Alyssa sleeping in his bed upstairs.

And this is where the story really sparks.

Their teenage fantasy world suddenly becomes all too real.  Like turning the dial from 3 to 11 — in an instant.

Series one evolves with the lurking reality of the outside world, only rarely seen, gradually encroaching on our runaways.

The second series picks up the threads of our couple’s story after a hiatus in which their lives have taken significant separate turns.

But soon a third player, Bonnie, only slightly damaged by an overbearing mother, and hell-bent on rectifying what happened in series one, enters the story — and the dangerous world they created in series one really turns against them.

The End of the F***ing World is the dramatisation of a series of comics by Charles Forsman.

Originally intended to be a movie, it has been turned into an eight-part television series for the UK’s Channel 4.

Airing in the UK in 2018, a second series was immediately commissioned, and the program was nominated for a British Academy Television Award for Best Series, while in the US — it earned a Peabody Award.

The End of The F***ing World is available to stream on Netflix.