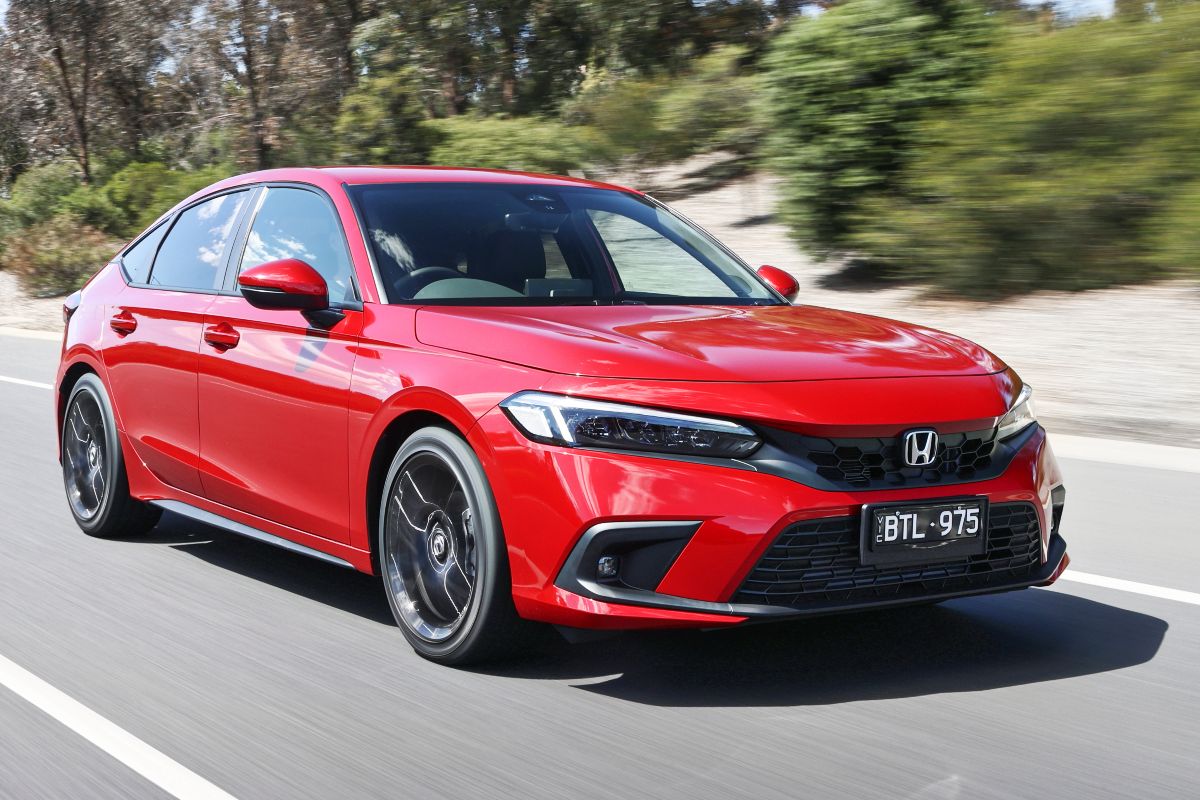 An incredible 50 years after launch, Honda is taking its once bread and butter Civic into unchartered territory.

The all-new 11th generation Civic will be offered as just the one highly spec’d hatch initially, at a non-negotiable $47,200 driveaway.

That’s a far cry from the $31,000 starting price of the current Civic and almost $8000 more than the most expensive variant, not counting the high performance Type R.

The same range topping VTi-LX when we last encountered it a couple of years ago was just $33,590.

What’s more, there will be no Civic sedan, arguably the better looking of the two.

One might wonder, what the hell is Honda thinking?

It’s all part of the plan apparently, the plan to keep the company viable and remain selling cars here.

That’s the spin from a bullish Honda camp, which has undergone massive changes over the past 12 months, with the number of dealers culled, the range of models rationalised and indeed the very way it does business with the switch to fixed, non-negotiable pricing.

In a nutshell, the idea is to reduce costs, sell fewer cars, but charge more for them.

But, in a market dominated by SUVs, it probably needs to think about expanding its SUV range beyond the HR-V and CR-V.

Reports suggest it’s do or die for Honda and the future of the company in Australia.

“For Australia, the all-new Civic has been specified to appeal to a new target customer, one that aligns with the move to a more premium positioning for the Civic nameplate and the Honda brand overall,” says Honda boss Stephen Collins.

The arrival of the all-new, 11th-generation Civic is the first step in a three-phase rollout for Honda’s iconic small car in Australia.

An e:HEV hybrid variant will join the line-up in 2022, followed by the high-performance Type R version, which is set to be the best performing Civic Type R ever produced.

All-new Civic hatch will be offered initially as a single, highly specified VTi LX grade, powered by an uprated 1.5-litre turbocharged four-cylinder petrol engine that produces 131kW of power and 240Nm of torque, driving the front wheels via a redeveloped and improved continuously variable transmission (CVT).

That’s 4kW and 20Nm more than before.

“The 11th-generation Civic represents a step-change for Honda in the small car segment, with the all-new model elevating key aspirational elements of the Honda brand such as craftsmanship, premium quality and intuitive design,” Collins said.

“On the eve of its 50th anniversary, Honda’s designers and engineers have taken the Civic to a whole new level, producing a car that is more advanced, more sophisticated and more premium than ever before.

You’d expect considerably more gear to justify the significant increase in price, but there’s no sunroof and not even a digital instrument cluster — although one is offered overseas.

The design and specification aligns with the new product strategy for Honda in Australia:

“When developing the market proposition for the all-new Civic, we needed to ensure it aligned with the overall product strategy for Honda in Australia,” Collins said.

“The new generation car is uniquely Civic, it dials up the product experience in a premium way while still delivering on the Honda distinctiveness and ‘joy’ philosophy, but with an edge.

“This elevation of Civic will be further reinforced when the e:HEV hybrid and ultra-performance Type R variants are revealed in 2022 and arrive to complete the new Civic range.”

When compared to the specification of the outgoing 10th-generation Civic VTi-LX, the latest Civic is equipped with a raft of new, premium features and technologies, including: