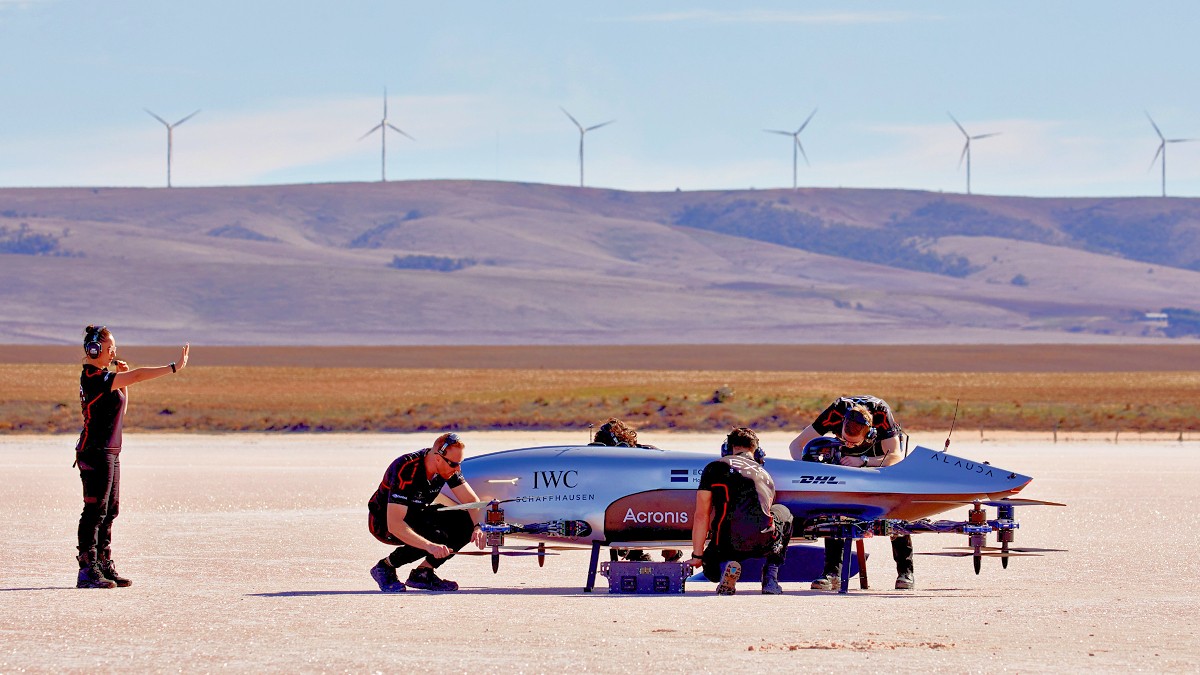 It’s sounds like the stuff of science fiction, but the Airspeeder race series is banging on the door of reality.

Organisers have named the first three pilots who compete in the first flying car race series planned for later this year.

While they will initially control their vehicles by remote control from the pits, the plan is to put pilots in cockpits as early as the second series.

These next generation racing machines were put through their paces last year in secret locations in the deserts of South Australia.

Electric flying car racing is the most exciting and progressive form of motorsport in the world, says Airspeer and Alauda founder Matt Pearson.

“We have been proud to show the potential of our Speeders in test settings but now is the time to get down to the serious business of pure sporting competition,” he said.

“Our first intake selected from the thousands of applicants reflects the breadth of backgrounds electric flying car racers will come from.”

Competitors will be drawn from backgrounds as broad as elite motor racing and drone flying.

This first intake of pilots will undergo a rigorous process of training and development.

This will include the logging of over 2000+ collective hours in the Alauda Aeronautics 6-DoF VR simulator, which will mimic a MK4 circuit race within an XR environment.

They will race blade-to-blade at speeds of up to 300 km/h in locations where racing has never taken place before.

The pilots will soon take part in a series of ground-breaking races named the EXA Series.

This series is the permanent development formula for the forthcoming Airspeeder crewed electric flying car series.

CHECKOUT: Sky the limit for Airspeeder