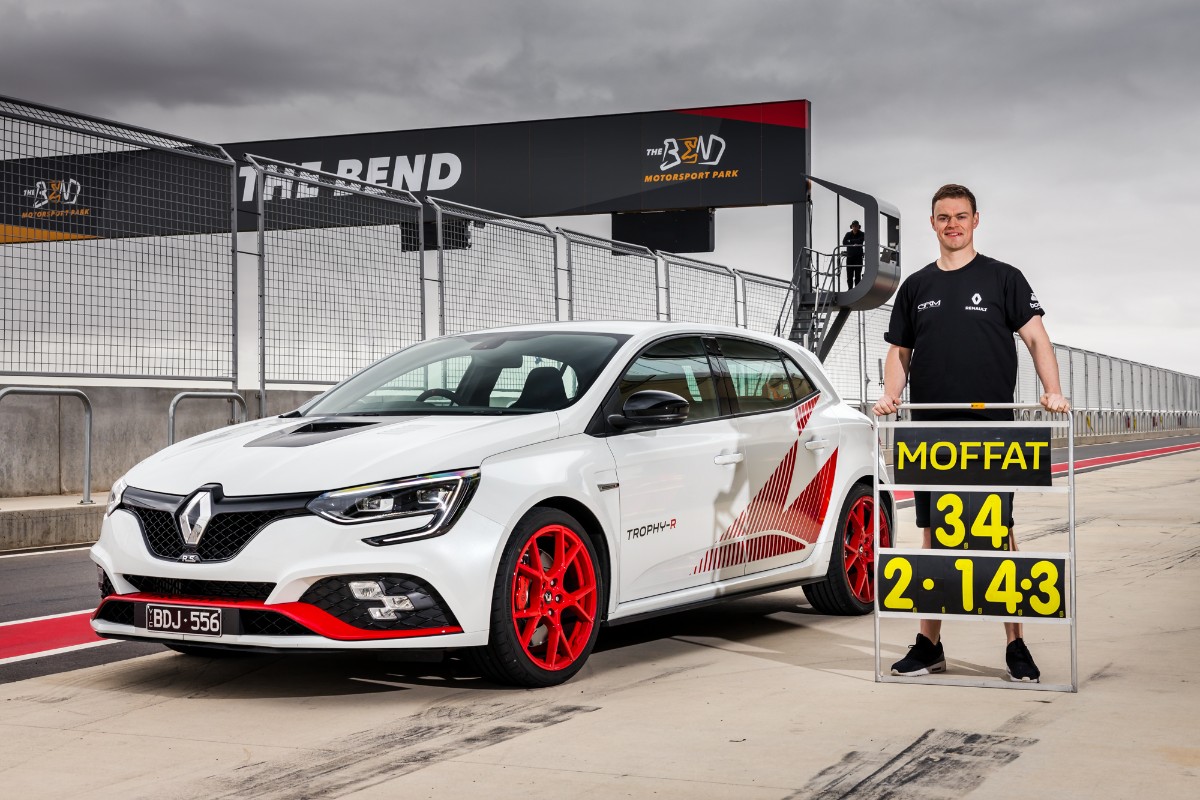 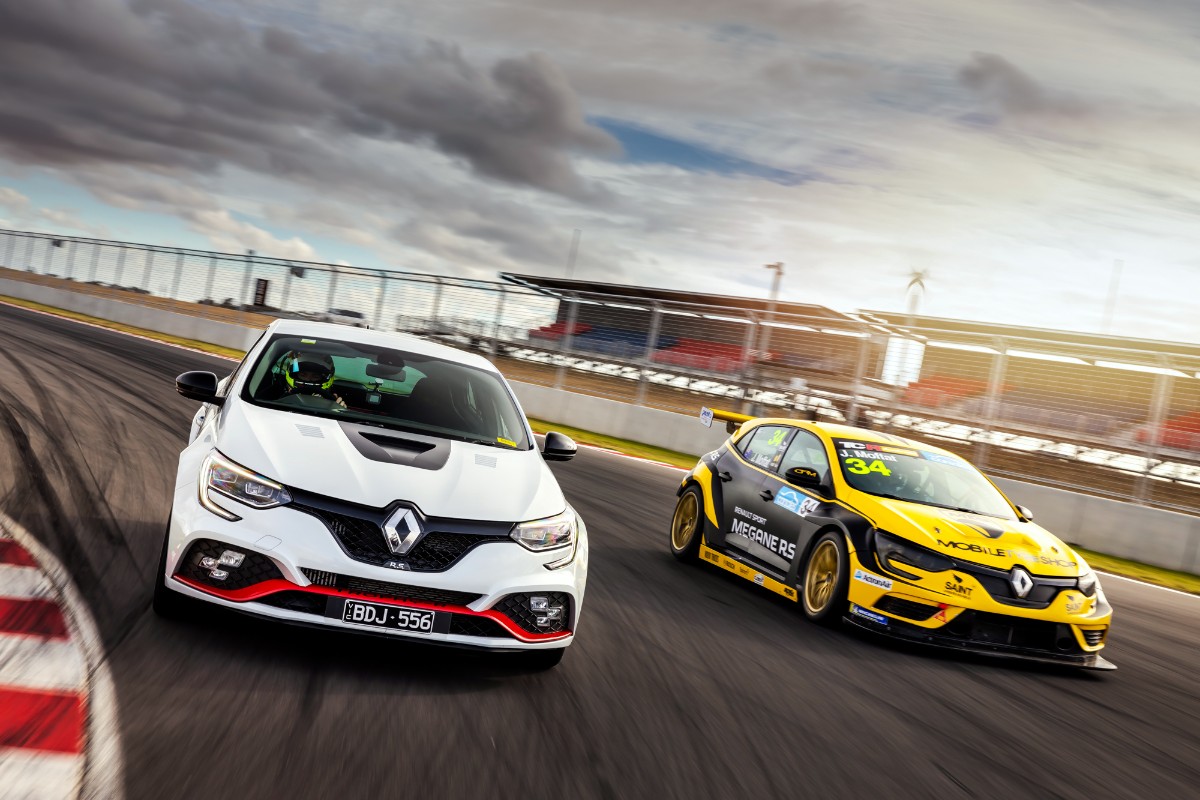 It’s the first record posted by the Megane in this country and marks the official launch of the French hot hatch in Australia.

“To be able to take a road car and put it onto a track such as The Bend Motorsport Park and set a record time at the circuit that rivalled the times of the production cars racing here this weekend really shows the capabilities of the car,” Moffat said.

“The Megane RS Trophy-R was first of all a great fun car to drive and I was very impressed with not only the engine performance but the braking and cornering performance, I really have nothing but good things to say about it, it was just so much fun.”

Back in April, the Megane RS Trophy-R Record Breaking edition claimed the outright record for a front-wheel drive car on the 20.6 km Nordschleife at the Nürburgring, with a time of 07:40.100.

It also clocked up a reference time of 07:45.389 on the official full lap of the circuit.

With global numbers to 500 worldwide, Australia has secured only 12 Megane RS Trophy-R vehicles which were all sold online at record pace following the car’s global release in July.

Renault Australia has also secured one of only 30 Megane RS Trophy-R Record breaking versions which will go on sale in 2020 via public auction.