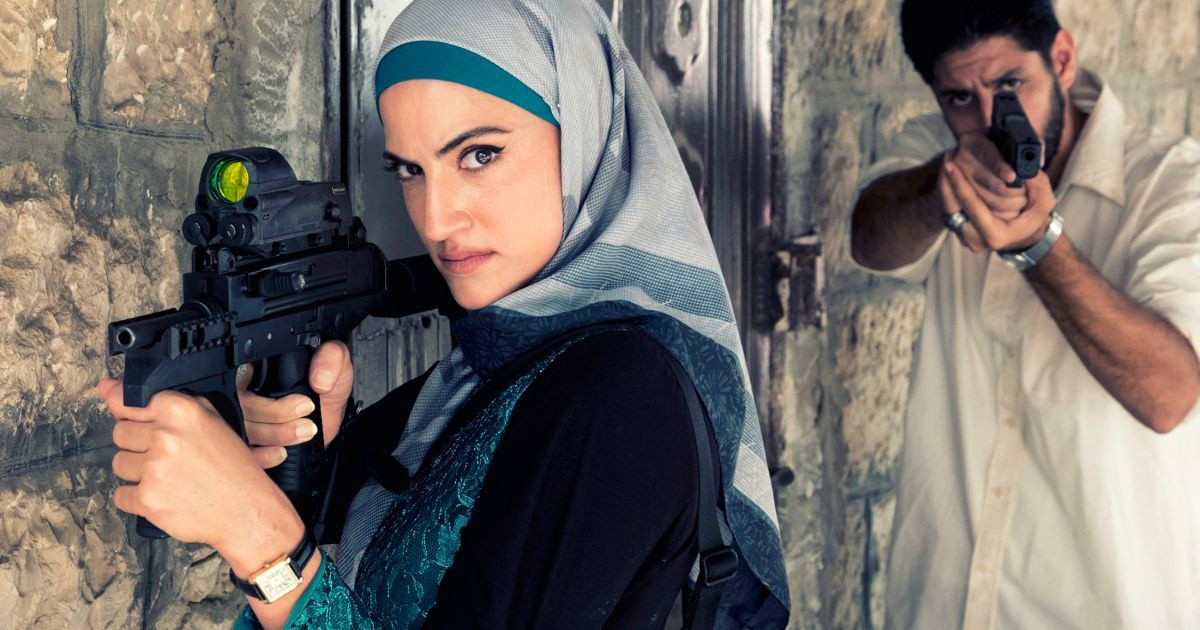 Home
Time out
Watch it
Fauda: Putting a face on terrorism

THE seemingly non-stop drama between Israel and its Arab neighbours has been raging for as long as I can remember.

Shootings, bombings, kidnappings and other forms of terrorism are so frequent that many just don’t make world news anymore.

However, I learnt a lot about the situation via Fauda, a superb series on Netflix.

The conflict has been ongoing ever since the British Mandate for Palestine laid the real groundwork for a Jewish state in Palestine to become a reality.

That was in 1948, and it’s something the Palestinians and their Mid-East neighbours have never really accepted, even though the whole thing can be traced way back to 1799 — when Napoleon offered Palestine as a homeland to Jews.

There have been countless uprisings, massacres, wars and border skirmishes since, and there’s no sign of it ending soon.

Fauda is all about the daily battle a small Israeli army undercover unit faces as it works in the West Bank of Palestine, tracking and eliminating terrorists.

Its creators are journalists Avi Issacharoff and Lior Raz, who served in the undercover unit on which the series is based.

The soundtrack is mostly in Arabic and Hebrew, but that just adds to the authenticity of the series which Netflix describes as a global phenomenon.

There’s also some English voiceover and some text and as news should be, Fauda is credited with even handedness over the Israeli-Palestinian conflict and attempts to humanise Palestinian terror operatives.

For an Israeli Jewish audience, Fauda does break new ground.

“It’s the first TV series that showed the Palestinian narrative in a way that you can actually feel something for someone who acts like a terrorist,” says Itay Stern at Israel’s Haaretz newspaper.

“You can understand the motives and the emotion and that’s unique, because until that point, you couldn’t really see it on TV.”

The series portrays the infiltrator unit, whose members (mostly male, but there is one woman) kill, torture, assault and threaten Palestinians, and there are episodes of each side struggling with unity and discipline over revenge and going rogue.

Nor is there a handsome hero to be seen. They’re all ordinary-looking toughies, so committed to the task that their work comes before family relationships, mostly with dire consequences.

What does become clear is that the Palestinians love their families, but it also renders them as violent fanatics without a political cause.

Fauda’s creators said they want to show that everyone living in a war zone pays a price, but such portrayals of an equality of suffering are ripe for criticism in the midst of an asymmetric conflict, in which one side is under occupation.

Diana Buttu, a Palestinian-Canadian human rights lawyer and former spokeswoman for the Palestinian Liberation Organisation (PLO), points to another problem with Fauda.

“If you’re not careful, you find yourself drawn into the assassinations, you get lured into the cat and mouse,” she says, of a series that essentially depicts targeted killings.

“The concept of right and wrong gets erased, the illegality gets erased.”

Fauda’s publicity campaign has ramped up claims of authenticity and popularity among Palestinians as well as the wider Arab world.

But some reports from Palestine suggest the violence portrayed is actually worse than that shown in the series.

Bottom line is that Fauda is brutal in the extreme, and decidedly not for the squeamish.

But it’s a gripping series. I watched it spellbound, night after night to the final chapter, and wished that, like the real thing, it wouldn’t stop without some kind of final settlement.

That, however, is unlikely to happen in my lifetime.

Filming of Season 4 was under way, but had to be halted because of terror of a different kind: COVID-19.

Fauda will hold you spellbound, but it’s brutal in the extreme, and decidedly not for the squeamish.