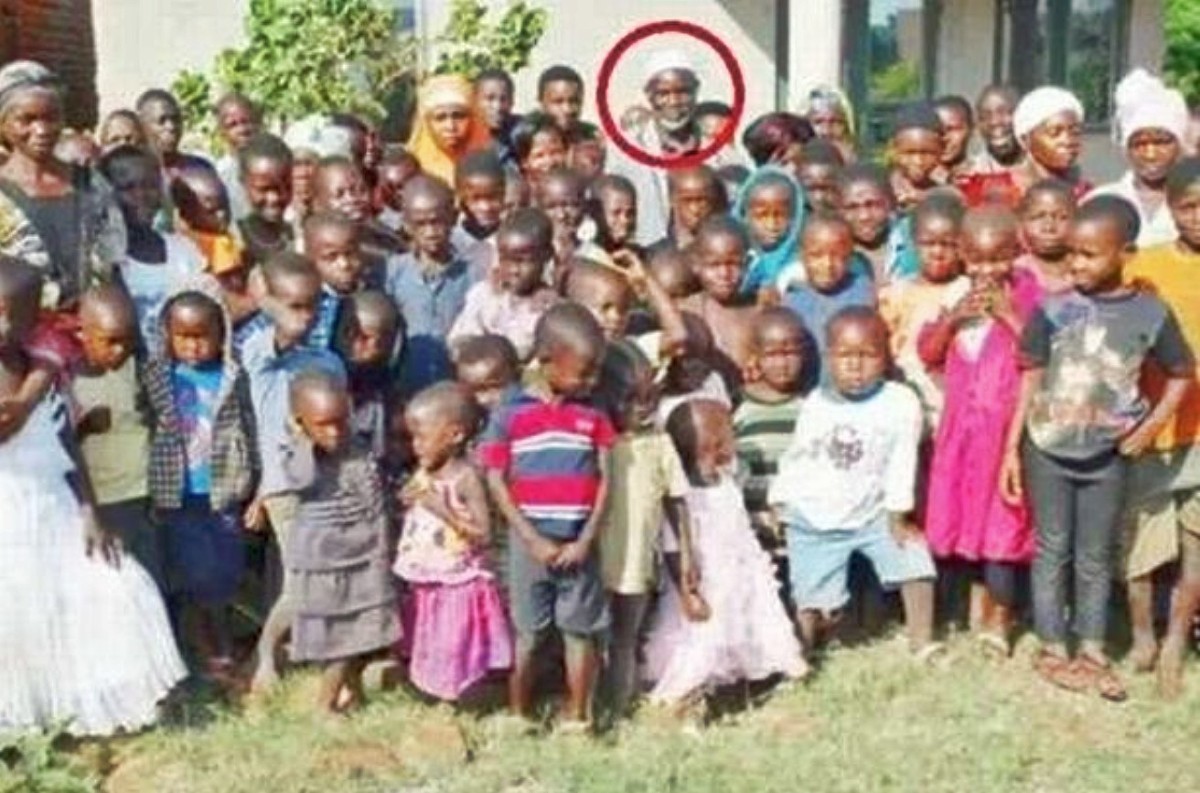 A rare photograph of Nyandoro (circled).
Listen up
2 min read

Home
Listen up
Father of the pride (151 and counting)

WHO is the world’s most fertile dad?

That title might well belong to 66-year-old Misheck Nyandoro, of Zimbabwe, who has proudly fathered 151 children from 16 wives — and is reportedly planning to marry again.

His tally is close to that of Swaziland’s now deceased King Sobhuza II, who had at least 70 wives, some say there were 84, and fathered 210 children before he left the throne in 1970.

The Zimbabwean story was initially published by state-owned The Herald newspaper.

“Mine is a project,” Misheck told The Herald.

“This polygamy is a project that I have undertaken since 1983 and will end with my death.

“Whenever that day death visits, is when I will stop marrying and fathering children.

“I am planning on taking in my 17th wife this winter and the formalities are already being worked on. I will tell you when she comes in.”

Despite being free with words, Nyandoro seems to be wary of cameras, and few pictures of him exist.

A former member of the Zimbabwe National Army, Nyandoro currently has 50 children in different schools across Zimbabwean cities, including Harare and Mutare.

The Herald reports that Nyandoro, who is unemployed, spends his days sitting in his shed, eating meals, one by one, as his wives bring him 16 meals, one after the other.

“Every wife cooks her best every day because the rule is I only eat what is delicious and I throw away what is not tasty.” he said.

“Every wife subscribes to that rule and does not get annoyed when I return her badly cooked food to her.

“It is the rule here. Rejected food should make her cook better next time.’’

The father of 151 has a roster for his wives’ conjugal rights and by his own admission, when planning the roster, he takes into consideration many factors.

No wife knows she is on “duty” until he visits her bedroom.

“I married my first wife in 1983 and she is still here. I last married in 2015 and stopped temporarily because the economy had become unfriendly.

“The new dispensation has slowly fixed things and I am getting a new one this June. She is currently in Harare and I have started the process.

“’Had it not been for temporary economic hardships, the story would have been different, maybe getting close to 30 wives by now and 200-plus children,” Nyandoro said.

He told The Herald that, each night, he gives conjugal rights to an average of four wives.

Zimbabwean arts journalist Silence Charumbira said that, as in numerous African settings, polygamy has deep cultural roots in the country but societal views are now shifting.

“Polygamy is common in Zimbabwe,” he said.

“It has deep cultural roots.

“A man with multiple wives was often rich because he had many people to work in his fields and also had many children.

“That same man would also brag of his prowess in the bedroom. It somewhat gave the man clout.

“However, societal views on the matter have shifted and polygamous men are now largely viewed as womanisers and perverts.

“There is so much more to marriage than sex, and women must be equal partners in marriage.”