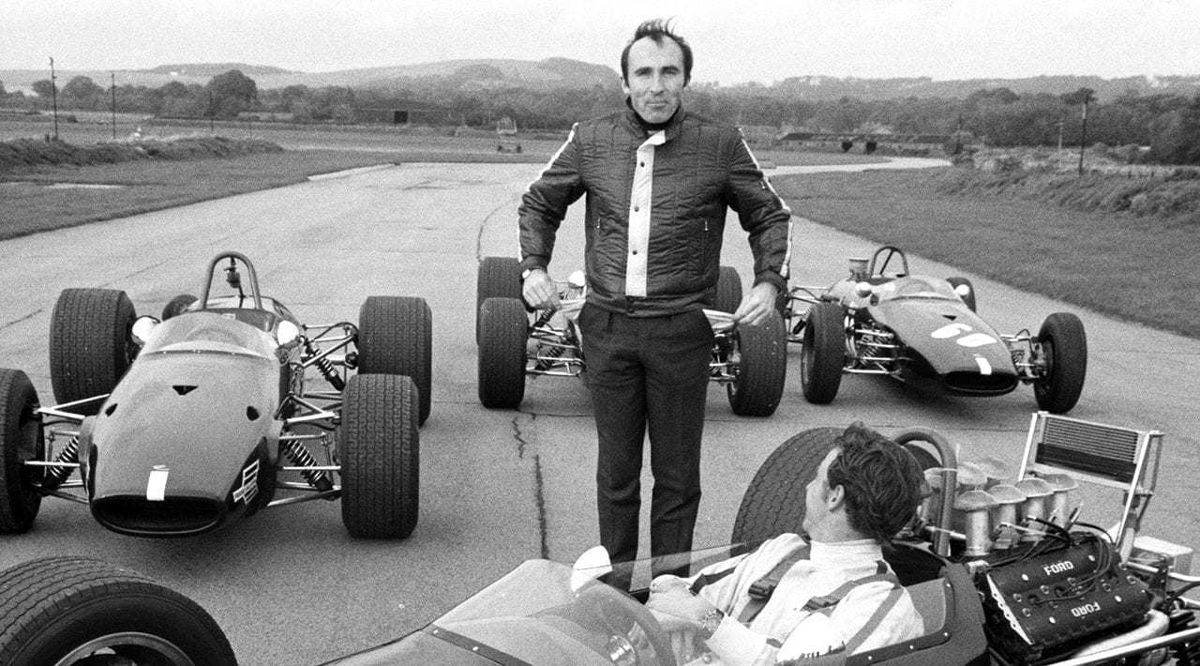 SIR Frank Williams has joined the great race track in the sky, reunited with friends and colleagues after passing on Sunday, November 28.

For many, Williams epitomised the never-give-up mentality.

A prime example of this philosophy was when he suffered a spinal cord injury, losing the use of his legs — following a car accident in 1986.

Such was the damage that doctors consulted his wife Ginny about turning off life-support.

The fighter in Sir Frank not only returned to the track, but built a legacy in motor racing that is unlikely to be repeated for as long as Formula 1 exists.

Another example his tenacity came in his early years of team ownership.

He found success hard to come by with his first attempt to establish an F1 team, Frank Williams Racing Cars.

Despite a host of talented drivers — among them Jacques Laffite, Carlos Pace, Jacky Ickx, Ronnie Peterson and Piers Courage — the death of the latter left an indelible mark.

A handful of points and one fastest lap was all he had to show for eight years in the sport from 1969-76.

Financial troubles saw the phone cut off and Sir Frank left to conduct business from a phonebox.

He reluctantly agreed to sell 60 per cent of the team to Canadian businessman Walter Wolf before leaving the outfit along with Patrick Head in 1977.

Undeterred by his previous efforts, however, Williams and Head were back on the scene by the fifth race of the year, running Patrick Nève in a March 761.

Backed by money from the Middle East, Williams quickly became a force to be reckoned with and in the 1979 British Grand Prix the team scored its breakthrough victory with Clay Regazzoni.

Williams would finish the year second overall, with Australia’s Alan Jones adding four wins prior to securing its first drivers’ and constructors’ titles the following season.

Throughout the ups and downs of the years that followed, Sir Frank was a constant for the team.

The 1980s and 90s marked a golden period as the team took seven constructors’ titles in a 12 year period, backing up this success with five drivers crowns.

This period of relative dominance was interrupted by the tragic passing of Ayrton Senna at the 1994 San Marino Grand Prix.

The Brazilian had been long admired by Sir Frank, but the accident saw Sir Frank charged with manslaughter in Italy.

Despite a busy home life with three children, Sir Frank firmly put his work first and famously never went on a family holiday.

In recent years, he was seen less often at the track, although he was in attendance when Venezuela’s Pastor Maldonado won the 2012 Spanish Grand Prix — most recent of the team’s 114 race victories.

In total, Sir Frank oversaw 735 races for Williams Grand Prix Engineering from the 1977 Spanish Grand Prix through to the Italian Grand Prix of 2020.

Prior to the sale of the Williams team to Dorilton Capital in 2020, he remained the figurehead of the outfit with daughter Claire holding the position of deputy team principal.

The legacy of Sir Frank is one that will endure the test of time and it is certain, there will never be another like him.