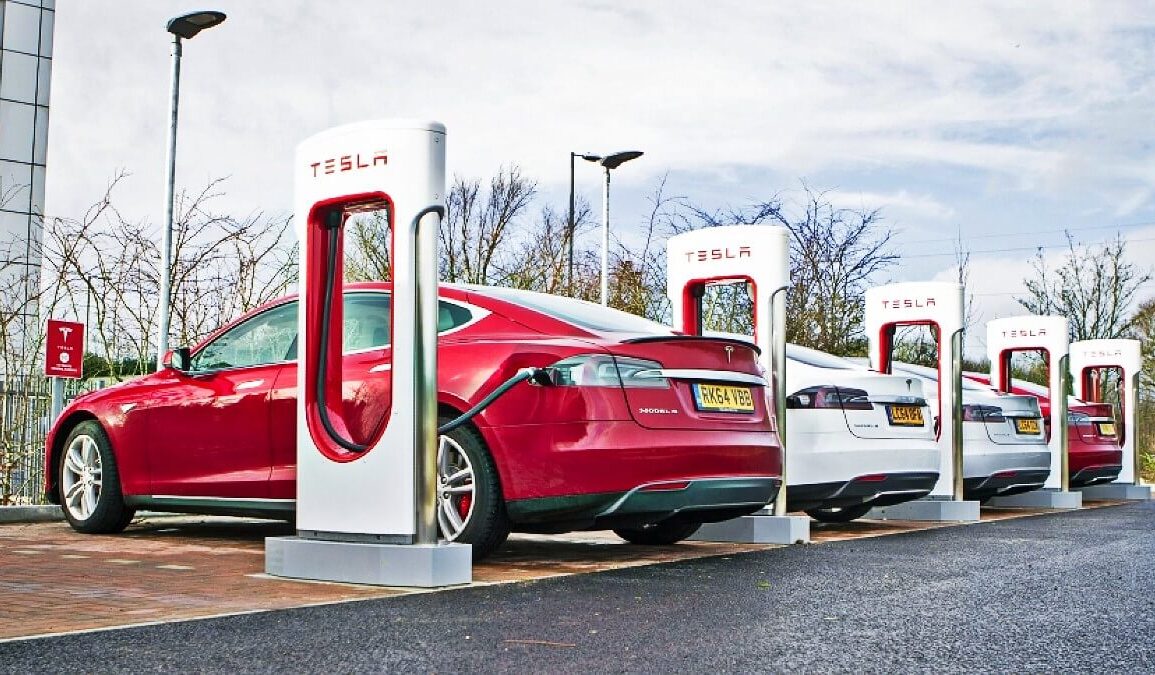 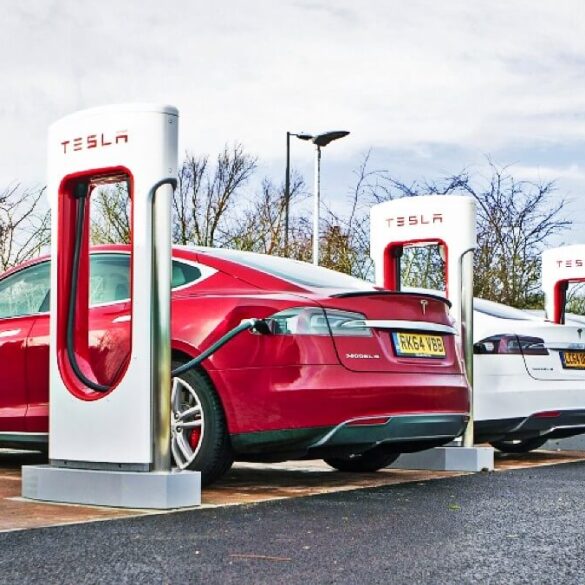 Home
Charging ahead
EVs . . . the spin is wearing thin

THE PUSH to get us all driving electric vehicles seems stronger and stronger every day, and car companies are increasingly telling us they will be “all-electric” in the near future – in some cases as soon as 2025.

It reminds us of the all-pervasive PR campaign to convince consumers that wine under cork was costing us all money (despite having been the traditional means of sealing wine bottles for centuries) and we should all embrace the new technology of Stelvin seals.

Corks, we were told, were an inefficient seal and leading to as much as 10 percent of all wine being spoiled.

I was sceptical and suspected Stelvin seals were better for the industry than they were, perhaps, for the consumer.

If, as was claimed, 10 percent of all wine goes off under cork, then I would have had to discard around a bottle a fortnight due to spoilage.

But in my many decades of drinking and enjoying wine (most of it under cork), I could count on the fingers of my hands how many bottles I had had to pour down the sink – considerably less than 10 percent.

Now we are facing a similarly upbeat and ubiquitous PR campaign to convince us that electric vehicles are the way of the future, and the sooner we embrace the technology — the better off we will all be.

But will we be?

Like all PR campaigns, we are told about the advantages, while the disadvantages and practicalities are glossed over.

The push to EVs is by no means universal. Toyota, the world’s largest automaker, has sounded a warning, despite being one of the first manufacturers to embrace hybrid vehicles when it launched the Prius some 20 years ago. (Hybrid vehicles use a combination of internal combustion and electric power.)

Toyota has been unequivocal in its opinion that the world is not yet ready or able to support a fully electric automobile fleet.

Testifying before the US Senate recently, Toyota head of energy and environmental research, Robert Wimmer, said: “If we are to make dramatic progress in electrification, it will require overcoming tremendous challenges including refuelling infrastructure, battery availability, consumer acceptance and affordability.”

His statement comes hot on the heels of announcements that many auto manufacturers have already made the decision to phase out internal combustion engines (these companies include such heavyweights as include Volvo, Mercedes-Benz, Volkswagen, GM and Jaguar Land Rover).

Many of these plans will see the end of the sale of internal combustion-powered cars by as soon as 2025 — three years from now!

In July, 2021, the European Commission proposed a 100 percent reduction of emissions for all new cars and vans as soon as 2030.

Interestingly, both Toyota nor Honda (the largest manufacturer of engines) have declined to make the kind of commitment being made by other manufacturers to cease production of internal combustion engines.

At the moment, despite the hype and excitement around EVs, just two percent of cars on the world’s roads are electric.

Consumers are deterred by the price, range, lack of infrastructure, affordability and a number of other less-promoted issues (such as battery replacement cost, tyre replacement cost, recycling of used batteries and many others).

Overwhelmingly buyers are opting for ICE-powered vehicles, even when offered generous subsidies and other incentives.

One issue that has been studiously ignored is the sheer scale of making the changeover.

The US car fleet currently stands at 289.5 million cars. About 98 percent of them are powered by internal combustion engines.

Toyota’s warns the grid and infrastructure are woefully inadequate to support electrification of the private car fleet.

A study conducted in the US in 2017 found that a fleet of 7 million electric cars (just six times the current number of electric cars) would need about 8500 strategically-located charge stations.

So what happens when 300 million vehicles are electric (which would be the situation within 20 years if all manufacturers cease ICE production)?

And what happens in Australia with our vast, sparsely populated land mass?

Even at current usage levels, the infrastructure is struggling to cope (as exposed by power outages in California, Texas and elsewhere).

Britain’s decision to ban new petrol and diesel cars by 2030 will mean the current capacity to generate electricity will need to be doubled or even tripled.

It has taken Britain 20 years to reach the point where less than 25 percent of electricity is generated by renewables.

In the coming 20 years (assuming fossil fuels and nuclear power continue to be phased out), Britain will need to generate 175 percent of its needs from renewables.

Increasing usage has driven some coal and natural generators offline, exacerbating the issue.

Wind power generates too much power when it is least needed and too little when it is needed most.

Massive battery storage that might overcome the problem simply doesn’t yet exist.

Every service station will have to be wired to charge electric cars.

With current technology promising charge times of “as little as 30 minutes”, the potential chaos can be easily predicted.

Home charging is not able to support fast charging. Home charging takes anything from a few hours to many hours (our own experience is that it can take more than 24 hours to recharge a car battery to 80 percent).

Regular home charging will affect home power bills, that are already a bone of contention with many customers. And that power will have to be produced by generators that use natural gas, petroleum, coal, nuclear, wind, solar or hydro-electric.

We currently spend a few minutes refuelling our ICE cars. Imagine standing around for half an hour or longer while your EV is recharged. Imagine the queues that would form at times of peak demand?

And then there’s the problem with battery life.

A reader who owns an eight-year-old Toyota Prius reports the battery is on its last legs. The woman has been quoted $8000 to replace the battery.

The car is valued at around $10,000 (perhaps a little more in a private sale, or considerably less if the buyer spots the battery condition), so it clearly would be a questionable call to fit a new battery — especially since the life of the replacement battery would be more than the anticipated life of the car.

Another hidden cost is the EV requirement for special tyres.

Tyre technology for EVs is still evolving. Most EV buyers are not aware that appropriate tyres have characteristics different to those that are suitable for petrol or diesel cars.

One reason is that electric vehicles are typically heavier than petrol or diesel cars (because of the batteries). Unless the tyres are designed to compensate for this weight, they will be susceptible to premature wear, and much quicker than an owner might expect.

EV tyres are constructed to carry a higher loading, are reinforced and may carry HL loading markings. When a tyre carries too much weight (or has insufficient air pressure) the sidewall will bulge, placing additional stress on the shoulder of the tread.

Underinflation will reduce the stiffness of the tyre, allowing it to deform when it shouldn’t. This will result in reduced control and more rapid wear.

To counteract this, some EV tyres have a reinforced sidewall and may operate at higher pressures than tyres of non-EVs.

EV owners need to understand that they should choose a tyre based on more than its size.

The load index (for example, 95 or 108) indicates the weight the tyre can carry; the higher the number, the more weight.

Speed ratings (such as “Y”) define the maximum speed at which the tyre will perform when supporting permitted loads.

An “XL” marking indicates a tyre can carry a higher load, typically (but not always) at a higher pressure than standard.

An “HL” marked tyre can carry even higher loads at similar pressures to an XL-marked tyre.

Replacing a tyre with different specifications or characteristics (such as replacing an XL tyre with a non-XL tyre) may lead to accelerated wear, reduced range and quite possibly nullify your insurance.