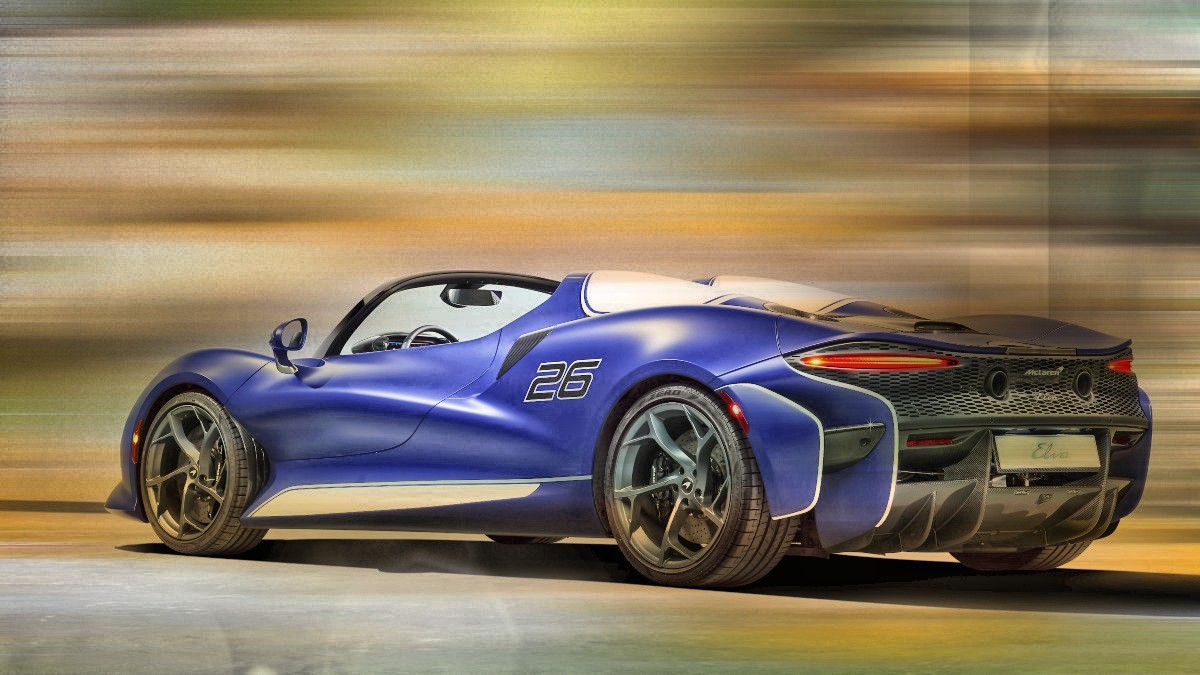 Elva without the bugs in your face

Home
Wheel life
Elva without the bugs in your face

YOU know you’ve always wanted a McLaren Elva, but it comes with the company’s ‘Active Air Management System.’

It’s supposed to keep flies, bees, gravel and other stingy things off your face while you cruise along scenic coastal roads — but often doesn’t.

So the jalapeno-hot sports car will soon be made available with a regular windscreen, which will add just 20kg to its mass, which won’t affect performance at all, and keep you and yours safe from nature’s UFOs at high speed.

If that’s what you want, get in quick, because McLaren is going to build only 149 of them, each with a price tag of $2.6 million.

The Elva links McLaren’s heritage to its present and future with a name and style that recalls the McLaren-Elva race cars of the 1960s.

These were among the first sportscars designed and raced by Bruce McLaren and today’s Elva was created to evoke the spirit of driving enjoyment symbolised by these cars.

“Super-lightweight and extremely powerful, the Elva delivers the ultimate connection between a driver, the road and the elements,” McLaren Automotive CEO Mike Flewitt said.

“Created to celebrate the pure joy of driving, it’s one of the most distinctive – and exclusive – cars we have made.

“This is a roadster that rewards owners with the most exhilarating of open-air driving experiences, delivered as only a McLaren can.”

While having had its own engineering program to optimise aerodynamic and dynamic performance, the windscreen Elva shares all of the ethos and performance of the original car: neither has a roof, side windows or rear screen, which,  combined with a weight of less than 1300kg and a mid-mounted, 608kW twin-turbocharged 4.0-litre V8 engine, delivers the ‘ultimate in driver exhilaration.’

The price, mind you, includes ‘personalisation by McLaren Special Operations’ so you can have heritage liveries like the Satin Casa Blue of the windscreen model prototype, which, the company says, has captured the imagination of Elva owners.

The drinks are on Aston Martin

Demand for bespoke customisation of this kind by McLaren Special Operations (MSO) has produced a series of dramatic and unique cars that stand out — even among the rarest of McLarens.

The first examples of the windscreen Elva will be delivered towards the end of this year.

Check with your shipping agent to find out how much it will cost to bring yours into Australia.

CHECKOUT: The good oil on McLaren