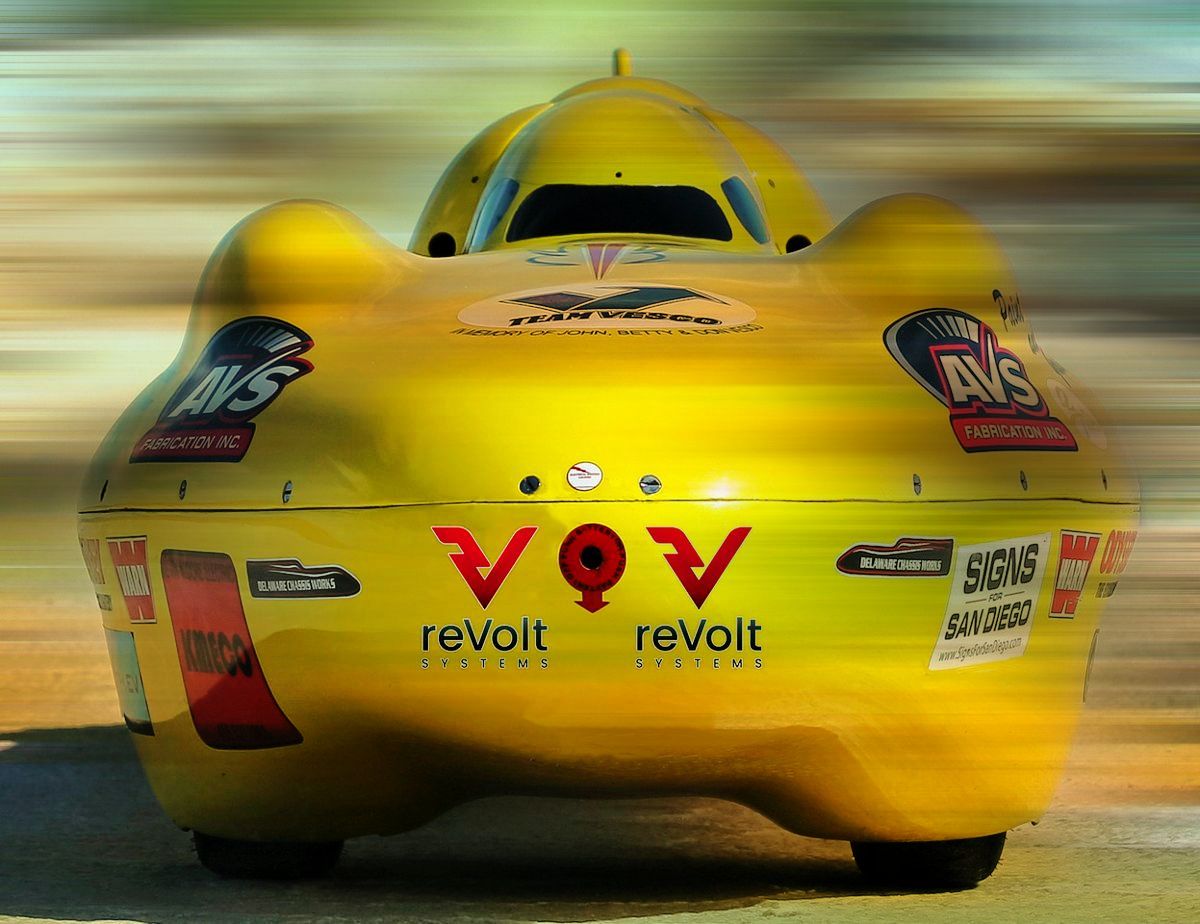 The record for the fastest electric car in the world has fallen.

“What an incredible ride!” Ritter said.

“The torque off the starting line — it’s a monster. It bolts without hesitation and keeps pulling, non-stop.

Utah-based Team Vesco, pioneers in the field of automotive and motorcycle racing and record-setting, joined forces with reVolt Systems of Oceanside, California’s led by Eddy Borysewicz — for the record attempt.

Together with significant contributions from American Track Roadster’s Greg Peek and engineering from Trenton Wonsley, the team demonstrated to the world that electric vehicle technology is the technology to watch.

“We are excited about the future of electric vehicles and happy to be a part of shattering the notion that electric cars are slow.”

Peek was responsible for the design and build of the complex powertrain section that connects the motors together, sending the necessary energy to the driveline and wheels.

“In design, you start with things that you know and the things you don’t, then fill in the blanks and connect the dots,” he said.

“The main parts had to go through six complex processes to end up with something useful and reliable.

“You can go for cheap or go for bullet proof. I think our new National record shows which one we chose.”

The 444 attained both National E3 Class Records in only four runs down the racecourse.

All records require two runs that are averaged to obtain the final speed.

World Records have the added requirement of completing both runs within 60 minutes.

Yet Dave Spangler vanquished the international number by recording a 775km/h (482 mph) National Record in 2018 when he posting a one-way eye-popping 809km/h (503 mph) in Turbinator II.