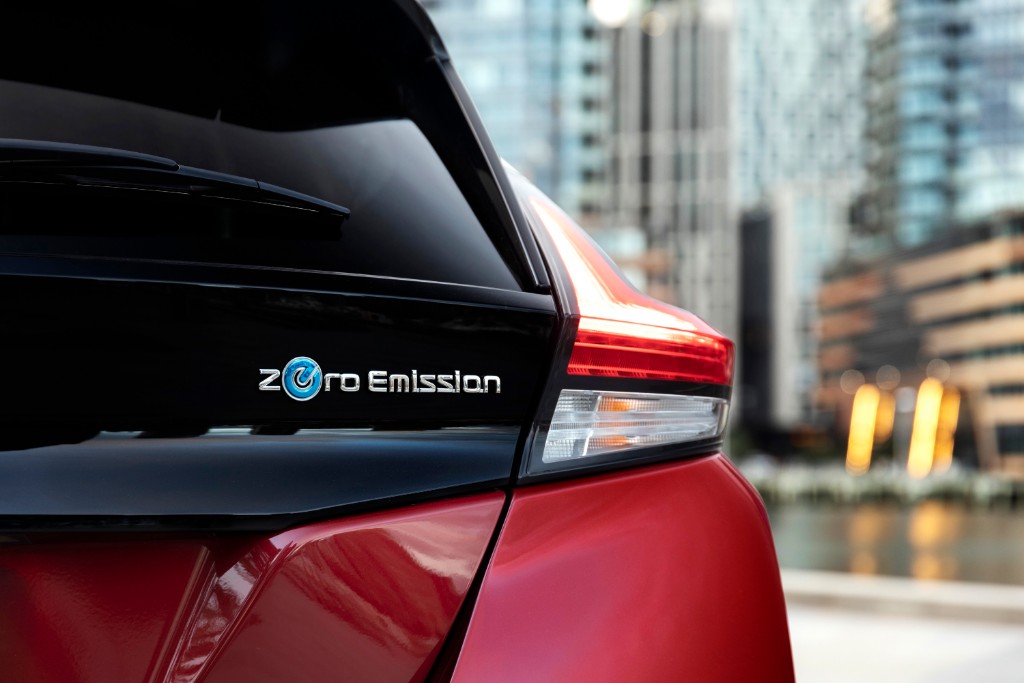 Electric cars: where to from here?

Home
Charging ahead
Electric cars: where to from here?

Nissan reckons its new LEAF will take front and centre as a disruptive electrification game changer — but is anything guaranteed in the assault and battery landscape?

Here’s the brutal, unvarnished truth. Even with pressure from all directions (notable exceptions being the Murdoch media and Trumpy) to reduce our carbon footprint, and with most of the world’s big car makers announcing grandiose plans to shift production from quaint old internal combustion engines (ICE) to electric vehicles — EV numbers remain tiny.

Last year sales of pure EVs and plug-in hybrids (which combine batteries and petrol engines) crept to around 2 million– while globally 50 times that number of petrol or diesel cars was purchased.

Tesla, the personality-driven EV brand that showed electric cars can be funky and fast, produced just 250,000 units last year, a piddle in the ocean compared to what big guns like Toyota, the VW Group and Hyundai/Kia pump out annually.

Government incentives and subsidies in places like Norway, accompanied by threats to outlaw ICE vehicles in the not too distant future, have led to very healthy demand for EVs in the chase for a CO2-neutral balance.

In Australia, however, concerns about high purchase costs, limited range, a patchy infrastructure and surprises like higher insurance premiums have kept the hand brake on the EV take-up rate.

Last year, EV sales hit an all-time high while staying lower than the rate in other developed nations.

Not including the secretive Tesla, 1352 electric vehicles were registered in Australia in 2018. Musk’s mob may have accounted for that amount again.

This represents a pathetic 0.3 per cent of total sales. Governments are resisting calls to offer inducements to EV buyers such as removing car tax and import duties, or lump sum incentives.

For as many people adamant that incentives are vital to transition to a zero-emissions future, there are plenty more slamming the idea of public money thrown in that direction.

But around the world the big mainstream brands, and the luxury and sporting biggies, are jumping into electrification.

As a typical example, the VW Group is planning to launch almost 70 new electric models in the next 10 years, with the projected number of vehicles to be built on the Group’s electric platforms in the next decade leaping to a revised estimate of 22 million.

The aim is complete decarbonisation by 2050.

Pushed by a government intent on leading the way, Chinese carmakers are cranking up EV production faster than counterparts in the US and Europe, although they could struggle to secure masses of happy customers elsewhere.

EVs may inhabit a niche area now, but some industry-watchers reckon they will account for nearly 15 per cent of the world total by 2025.

Forecasts are that one in five new cars in China will be powered by batteries.

None of the giants are steering away from battery power, though some are more cautious than others. Still, the general view is bullish.

To play with a quote from Kevin Costner’s iconic baseball movie, the bulk of car manufacturers around the globe believe that if they build electric vehicles then buyers will come . . .

Hopes and dreams are free. EVs are still too expensive.

Still, Nissan remains fervent about the future of electric vehicles. Like other huge vehicle producers it is powering ahead with expansive plans.

The significantly improved and more grown up second-generation LEAF is heading the Nissan onslaught.

Nissan touches on the moral obligation to drive a zero-emissions vehicle that looks after Mother Earth (let’s not look too closely at the type of power generation currently used in the manufacture and charging of the products). But it also emphasises that EV purchases can be based on sound economics, comfort and practicality.

We’ll get to our thoughts about the new LEAF as a family car later. Latest LEAF fun, but what about the price?

But first let’s look at Nissan’s big picture strategy for electrification, starting with the LEAF’s clever ground-breaking role as a mobile battery at home.

The LEAF’s “Vehicle to Home or Grid” bi-directional charging capability means it can be used as energy storage, a huge plus for owners who can future proof their homes by ending the threat of blackouts.

Nissan is currently working with partners to validate the directional charging which (with the purchase of a piece of hardware for less than a stationary storage battery) will allow owners to make their LEAFs a vital part of the power grid.

If industry’s rosy predictions for significant EV demands are to stack up, clearly the charging network needs to expand spectacularly.

Tim Washington, CEO of JET Charge, Nissan’s partner in offering simple infrastructure installations to private buyers, says we won’t even see most of the coming charging stations. “They’re at your home or at your work.”

He’s not concerned about pushing for charging facilities at service stations because consumers want to power-up their EVs at more convenient locations, such as at shopping centres. Enter your local Coles or Woolworths . . . Airports and sporting arenas are also being targeted.

New LEAFs can be charged in any of three ways including using a Mode 2 cable via a standard 15A, 240V, three-point wall socket. Charging time is 24 hours.

Nissan suggests about 70 per cent of its customers install a garage wallbox for home charging, which can be done for under two grand,  allowing faster topping up — about 7.5 hours.

Most commonly seen along highways, CHAdeMO DC fast chargers have the ability to provide 80 per cent charge within about 60 minutes.

CHAdeMO is an abbreviation of “CHArge de MOve”, equivalent to “move using charge” or “move by charge” or “charge ‘n’ go” — a reference to the fact that it’s a fast charger.

With fewer moving parts (no gearbox) and consumables, EVs should be cheaper eventually. They’ll need to be.

Fifty grand for a small runabout is a speed hump many Australian consumers will easily steer around. Eco warriors from the inner city talk the talk but baulk at paying a premium. Understandably.

Other questions asked and answered include the longevity and cost of batteries (warranty is eight years/160,000km) and replacement price is falling fast. “The batteries will last longer than the car in many cases,” says Thomas.

Servicing intervals of LEAF are a pretty standard 12 months or 20,000km and the dealer network of 89 or so is the largest for an EV in Australia. Still, don’t go looking for EV support in Meekatharra or Leigh Creek.

There are still many Australian motorists who wouldn’t abide owning a car with a range of just 270km and dealing with a still sparse recharging infrastructure. Old mate Back of Bourke will stick with his petrol/diesel drinker thanks.

Coverage is improving. According to PlugShare and the Australian Bureau of Statistics in their June 2018 research on EV vehicles, there are 783 public chargers in Australia of which 69 are quick chargers.

Queensland has 18 DC public chargers between Coolangatta and Cairns.

Canberra has positioned 14 chargers across six sites at varied hospitals and clinics and the Adelaide City Council now has 40 chargers throughout the city.

In Western Australia the RAC has added 12 DC quick chargers in Perth and in southern parts of the state. Also, the AEVA (Australian Electric Vehicle Association) and Synergy have delivered a further 70 charge points at various rest stops across the state.

In NSW the NRMA has added at least 40 chargers that are free for members and cater to 95 per cent of members’ road trips, while the RACV has charge points and offers the use of EV loan cars at their resorts.

In addition to the national expansion of rapid charge stations, there are already Chargefox stations in every state capital city, plus Wollongong, Byron Bay, Bundaberg, Launceston and on the Sunshine Coast.

Nissan hopes to sway federal, state and local government, plus private industry, to invest further in charging infrastructure and support the work of Chargefox in expanding the EV charging network, connecting Melbourne, Canberra, Sydney, Brisbane and Adelaide, with more charging stations in Western Australia and Tasmania

Nissan also emphasises today’s reality that lithium-ion batters are 98 per cent recyclable.  So no giant waste dumps in our EV future.

Certainly more Australians are open to electric cars, with industry estimates of 1 million EVs on our roads by 2030 – 11 years from now.

Owners of LandCruisers in Burketown, Mustangs in Cronulla and VN Commodores in Dandenong — are yet to be convinced.

CHECKOUT: Tesla Model X: cost the crux of it