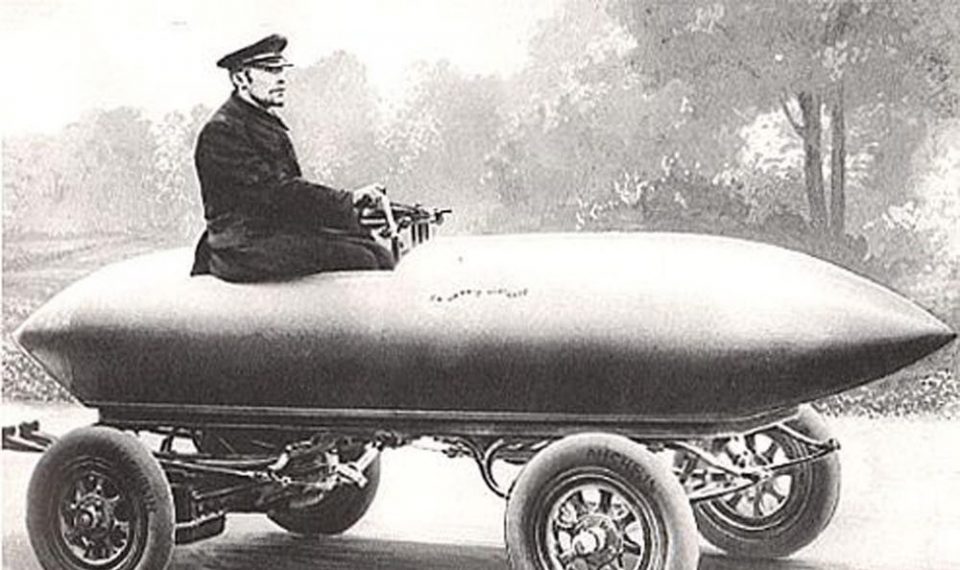 ELECTRIC cars are the way of the future and most car makers are doing an Elon Musk, working feverishly on designs and technology for the coming era.

But it seems things have come full circle, because the same thing was said about electric cars more than 100 years ago.

Experimental electric-powered vehicles date back to 1828, but ones that could actually cover a fair amount of distance only surfaced some 60 years later, with the Riker, of New Jersey, in 1888.

Also in the US, William Morrison built a six-passenger wagon in 1891, the world’s first with a steering wheel, and in 1897 New York had a fleet of electric taxis built by the Electric Carriage and Wagon Company of Philadelphia.

London also got a fleet of electric taxis, made by Walter Bersey, the same year. They were widely known as Hummingbirds, because of the sound they made.

Even Porsche got into the act, with an 18-year-old Ferdinand Porsche building his first car, which was also the world’s first front-wheel drive vehicle.

It was called the Egger-Lohner P1 (the P for Porsche) and had a 12-speed controller, with six forward gears, two reverse and four gears to brake it.

It could reach 34km/h and travel 80km on a single charge.

In 1899 the Baker Electric, in the US, became the first production electric car. 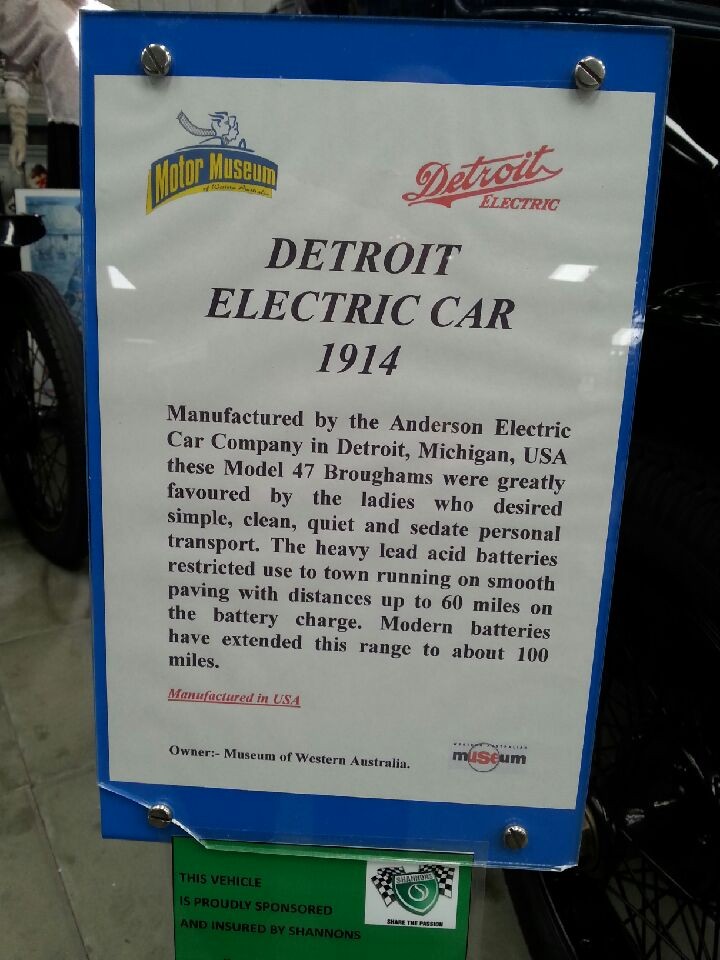 Soon to follow were Pope-Waverley, Columbia, Studebaker (yes, their 1907 Model 22a with side-lever steering and three trays of batteries could reach a top speed of 14 mph (22km/h), as well as Babcock, Woods, Gallia, and Landsden.

Detroit Electric was quite a big player with about 13,000 built from 1907 right up into the 1930s. A fine example is on display at the WA Motor Museum in Whiteman Park.

It was a favourite with the ladies of the US for its stately looks, luxurious interior, cleanliness and ease of operation.

Electric vehicles did not have the vibration, smell, noise or difficulty in starting of petrol cars, which had to be cranked by hand — nor did they have gearboxes.

Another was the Fritchle, which claimed to have the best batteries. Like the Detroit, the Fritchle could silently glide to 100km on a single charge.

Numerous car companies sprang up worldwide, building electric, steam or petrol-powered cars (the US alone had nearly 1800 manufacturers) and in 1900, 38 per cent of all cars in the US were electrics, 40 per cent by steam and 22 per cent by petrol.

Production of the electrics peaked in 1912 and gradually dropped off in the next decade as road networks grew and petrol-powered cars were able to go from city to city without having to stop for lengthy recharges.

ROV a real ‘gas’ off road

Henry Ford’s mass-produced Model T was one of the main nails in the electric coffin, selling at about a third of the price of most electric cars and the discovery of oilfields in the US made fuel cheap.

As for cranking petrol cars, Charles Kettering invented the self-starter in 1912, saving many a smashed wrist or dislocated shoulder and by 1935 there was barely an electric vehicle on the road, anywhere.

Today, hybrid, plug-ins or all-electrics already account for around 5 per cent of the world car market as production costs drop and demand for cleaner emissions grows.

Toyota has already sold more than 10 million hybrids worldwide and has set an annual sales target of a million zero-emission battery EVs and fuel-cell vehicles by 2030.

Then there’s Nissan, Tesla and, well, just about every other brand you can think of — all switching back to the sounds of silence.