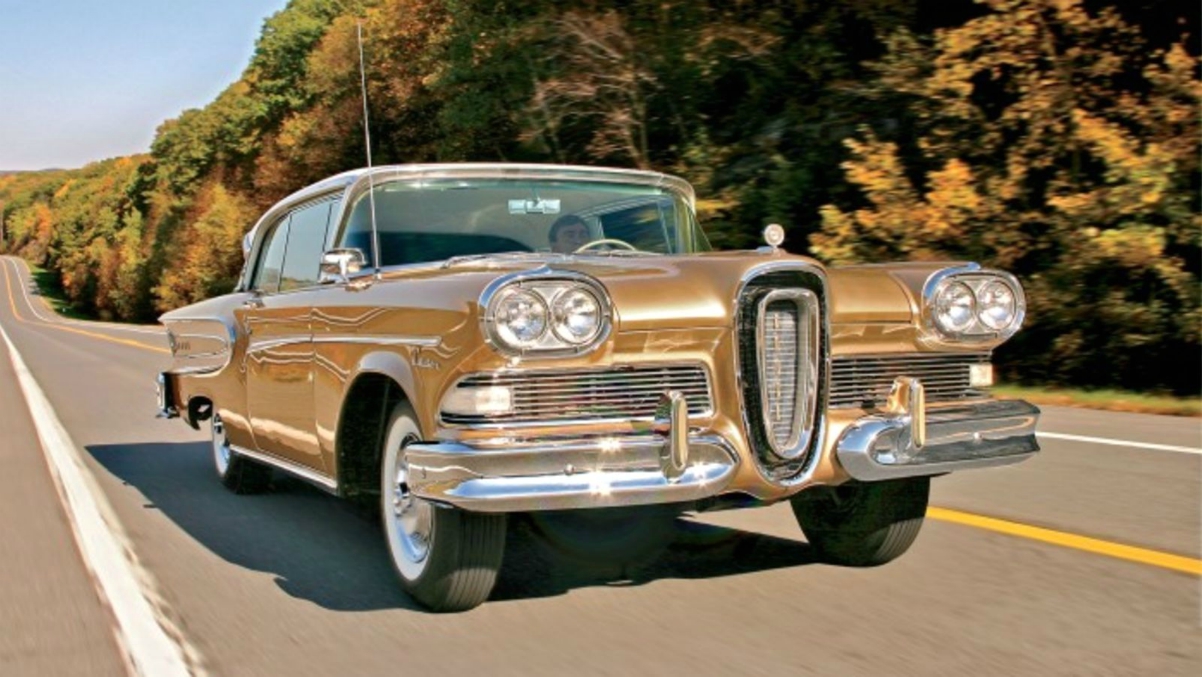 We all know the Edsel story.

Conceived in the mid-Fifties in the USA by Ford, it was supposed to be a medium priced car with high price features.

Ford wanted distinctive styling, and they sure got what they asked for.

Roy Brown was the guy who drew the Edsel.

The shape he designed shouted out its difference, and when the covers were pulled off the full size mock-ups at Ford’s styling centre, Henry Ford II (“Hank the Duce” they called him) and his Board stood and applauded its uniqueness.

The public’s expectations were driven to extraordinary heights.

This was to be a revolutionary automobile, probably atomic-powered and very different to anything else, so alluded the marketing masterminds at Ford.

And what did potential buyers see?

The interior boasted a push-button automatic transmission selector — get this — in the steering wheel hub and a rolling drum speedo.

And then there was the grille with its bold vertical design at a time when longer, lower, wider was the mantra.

Brown had originally intended a delicate narrow chrome strip for a grille, but engineers kept widening it to ensure engine cooling.

What they got was a Ford with a new name and higher price.

“Wadda ya mean, I lined up for two hours to see a Ford?” was a common response.

“What does that grille remind you of, Mabel?” was another observation.

First year sales were half what product planners had projected and it went downhill from there.

The Edsel was discontinued in November 1959, after about $3 billion in today’s money had been spent.

Roy Brown was sent to the UK, where he styled the first Cortina, a car that was a success all around the world.

He then went back to the USA and headed up the Lincoln Mercury styling studio and designed the unsung Econoline van which made even more money for Ford.

Roy drove an Edsel well into his eighties and as he said “I call it Ford’s most successful failure.”