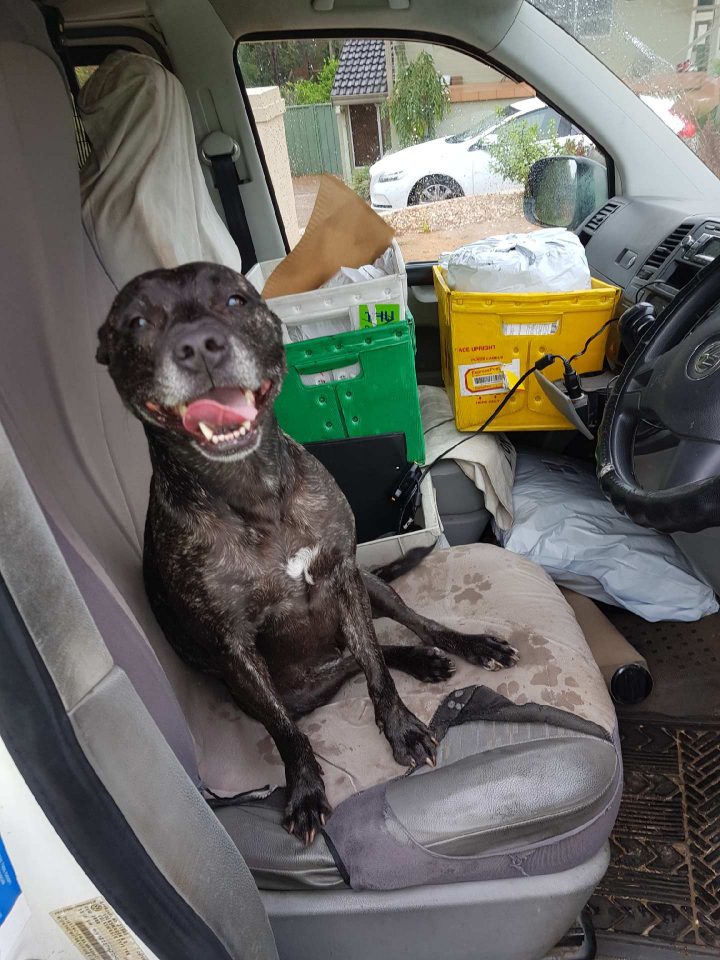 Forgot to shut the door.

This is what the unlucky courier found when he returned to his van this week.

It’s a good thing he was a friendly kinda mutt, otherwise there’s no telling what might have happened.

Even so “Fido” was wasn’t too keen on giving up his front row seat for an afternoon of fun delivering parcels to the neighbourhood, with the bloke in the hi-vis shirt.

You hear a lot of complaints about couriers, their total disregard for items and the way they allegedly throw parcels at the front door before scurrying back to their van.

What you don’t hear is how much pressure these guys are under, or the enormous workload that most of them are under, not to mention the trials and tribulations that simply come with being a courier.

The same courier who had the close encounter with the dog (rest assured most of them want to take a chunk out of you) was almost bitten by a deadly brown snake a couple of weeks before as he made his way down a garden path.

They had to ring a snake catcher to come and remove the reptile before he and the owner of the property were safe.

Or there was the parcel that broke open spilling maggots over him and just about everything in the back of the vehicle.

The fact is couriers are expected to deliver 25 parcels per hour, or about one parcel every two minutes – with 200 or more deliveries per day common for many drivers (at least the ones we know).

That doesn’t leave a lot of room for pleasantries.