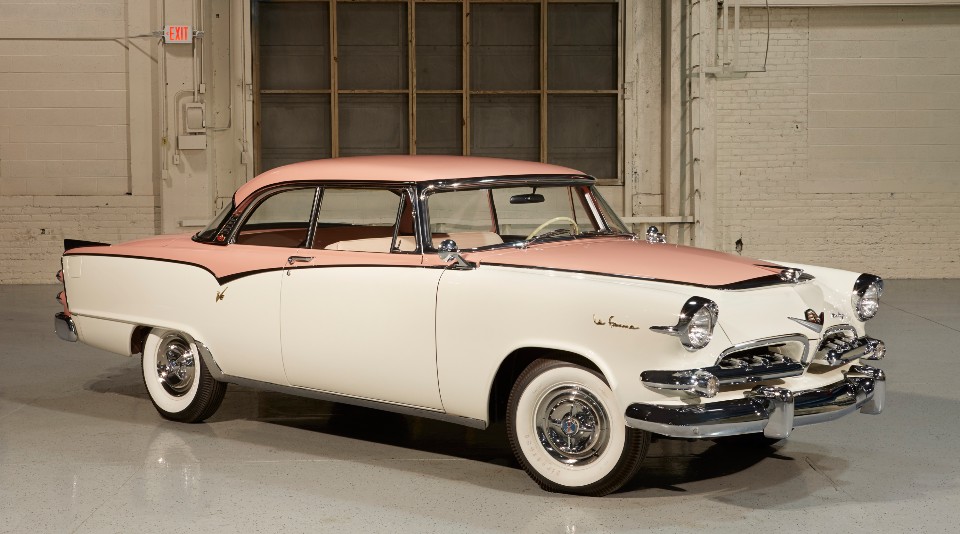 The La Femme was Dodge’s idea of how to appeal to the growing number of female car buyers.

Unveiled in 1955, it’s one of the earliest examples of automotive marketing that is targeted directly at women.

Although it did not sell in vast numbers (about 2500 over two model years), La Femme awakened Detroit to the possibilities.

Gold “La Femme” script on the mudguards shouted out its target market. 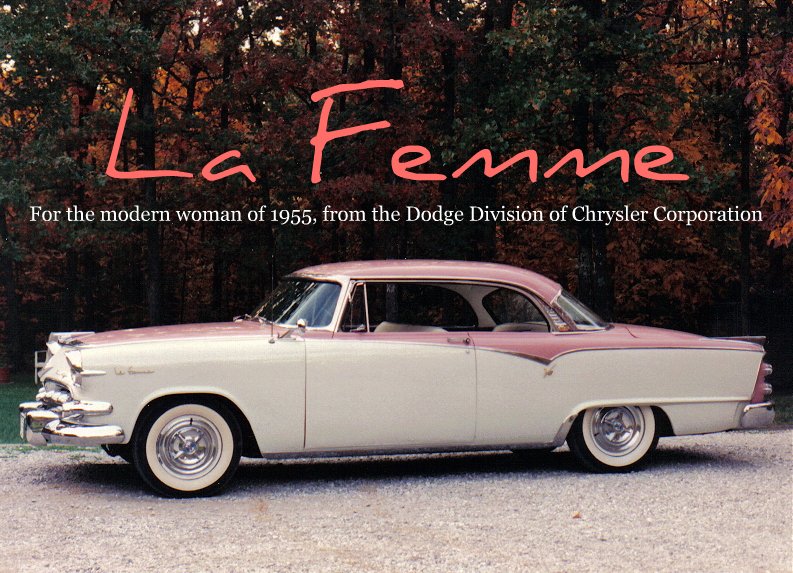 A purse matching the car’s interior was a standard La Femme feature, stowed in a special compartment built into the back of the passenger seat.

Each purse came complete with matching compact lipstick, cigarette case and a lighter.

Also standard was a raincoat, rain hat and umbrella in the rosebud pattern that was stored in a compartment behind the driver’s seat.

The carpet was woven with light and dark pink threads and the steering wheel was two-tone pink.

Save for a few items of literature, Dodge did not promote the La Femme all that hard.

Contemporary reports indicate it did not appeal to women the way the guys at Dodge thought it would (duh!).

But Dodge gets five out of 10 for trying!

A perfectly restored example of the La Femme was on permanent exhibit at the Walter P. Chrysler Museum in Auburn Hills, Michigan, until the bean counters at FCA closed the facility.

I have seen the car.

The overwhelming take away is the lavish use of pink paint and blindly bright hectares of chrome.

Less than 100 La Femmes are thought to still exist, all of them are located in the USA.