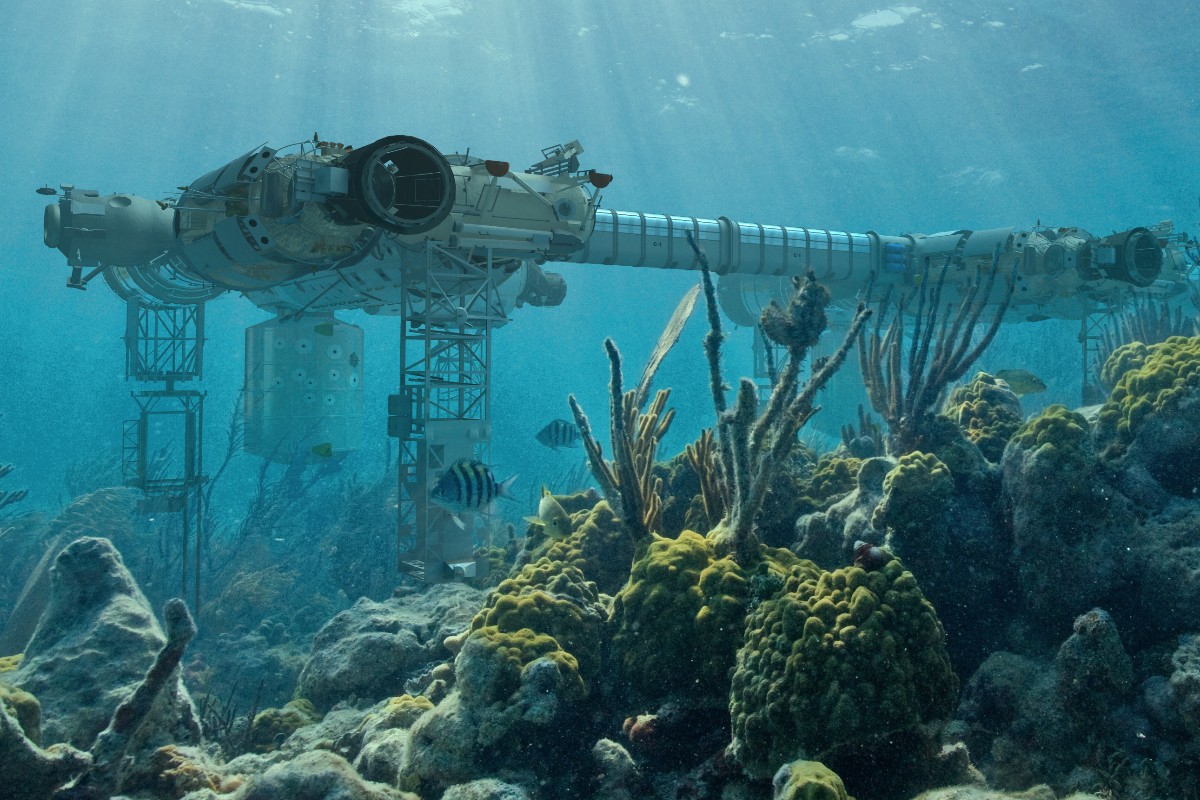 Critics of battery-electric vehicles (EVs) have always cited the source of power as a critical in their environmental impact.

What’s the point if the power to charge batteries comes from coal-fired power stations? they argue.

Well, it appears there’s some more to the story, with an expected 500 per cent increase in the mineral requirements for clean technologies.

And, as manufacturers cast a wider and wider net for the necessary raw materials to make the batteries that power EVs, they are now looking to the ocean to supply these needs.

A new study has found making EVs from deep-sea rocks can dramatically reduce climate change impacts compared to the use of land-sourced ores.

These “polymetallic” rocks found on the ocean floor, meaning they contain more than one metal, can supply hundreds of millions of tonnes of the metals used in batteries to store energy and power EVs with far less impact on the climate than mining.

Hmmm. . . bet you there’s a few marine biologists who might have something to say about this?

It then looks at the climatic impact of sourcing these four metals from land or polymetallic rocks, the latter found unattached on the seafloor at a depth of 4-6km.

The carbon intensity of producing metals like nickel has led to growing interest in low-carbon metal sources and a recent plea by Tesla’s Elon Musk who has promised “a giant contract” for nickel mined “efficiently and in an environmentally sensitive way.”

The new study goes beyond carbon emissions to look at the disruption of the ecosystem caused by changes in land and seabed use to produce battery metals.

“We wanted to assess how metal production using either land ores or polymetallic nodules can contribute to climate change,” said the study’s lead author, Daina Paulikas. of the University of Delaware’s Centre for Minerals, Materials and Society.

The study found that producing battery metals from nodules can reduce active human emissions of CO2 by 70-75 per cent, stored carbon at risk by 94 per cent and disruption of carbon sequestration services by 88 per cent.

“Terrestrial miners are handicapped by challenges like falling ore grades, as lower concentrations of metal lead to greater requirements of energy, materials, and land area to produce the same amount of metal,” Paulikas said.

“When it comes to emissions, even when we assume a complete phase-out of coal use from electric grids powering terrestrial mines and plants, our model shows that metal production from high-grade polymetallic nodules can still retain a 70 per cent advantage.

Marine biologist and co-founder of the Ocean Health Index, Dr Steven Katona, said what happens to carbon sinks on land and on the seafloor used for metal production is another big part of the climate impact story.

“Producing metals for one billion EVs from land ores would disrupt 156,000 sq km of land and 2100 sq km of seabed for deep-sea tailings disposal.

“Producing the same amount from nodules would disrupt 508,000 sq km of the seafloor during nodule collection and 9800 sq km of land during metallurgical processing.

“Despite disturbing a larger area of the seafloor, metal production from nodules would cause much less carbon disruption.

“This is because seafloor sediments store 15 times less carbon per square kilometre than an average terrestrial biome and there is no known mechanism for disturbed seafloor sediment to rise to the surface — and impact atmospheric carbon.

Researchers found that polymetallic nodules could provide the metals for 1 billion EV batteries with up to 11.6 Gt less of CO2 compared to terrestrial sources.

This represents a significant potential saving, given the remaining carbon budget of just 235 Gt, delivering a 66 per cent probability of staying at 1.5 degrees global warming.

Paulikas hopes this work motivates others to dive deeper into supply chain analysis for the clean energy transition, and specifically to pay attention to the impacts of producing critical minerals like the ones studied.

“Given the expected 500 per cent increase in mineral requirements for clean technologies, I think we have a shared responsibility to take a planetary view and think through all aspects of mineral production to ensure that this resource-intensive transition does not exacerbate climate change,” she said. 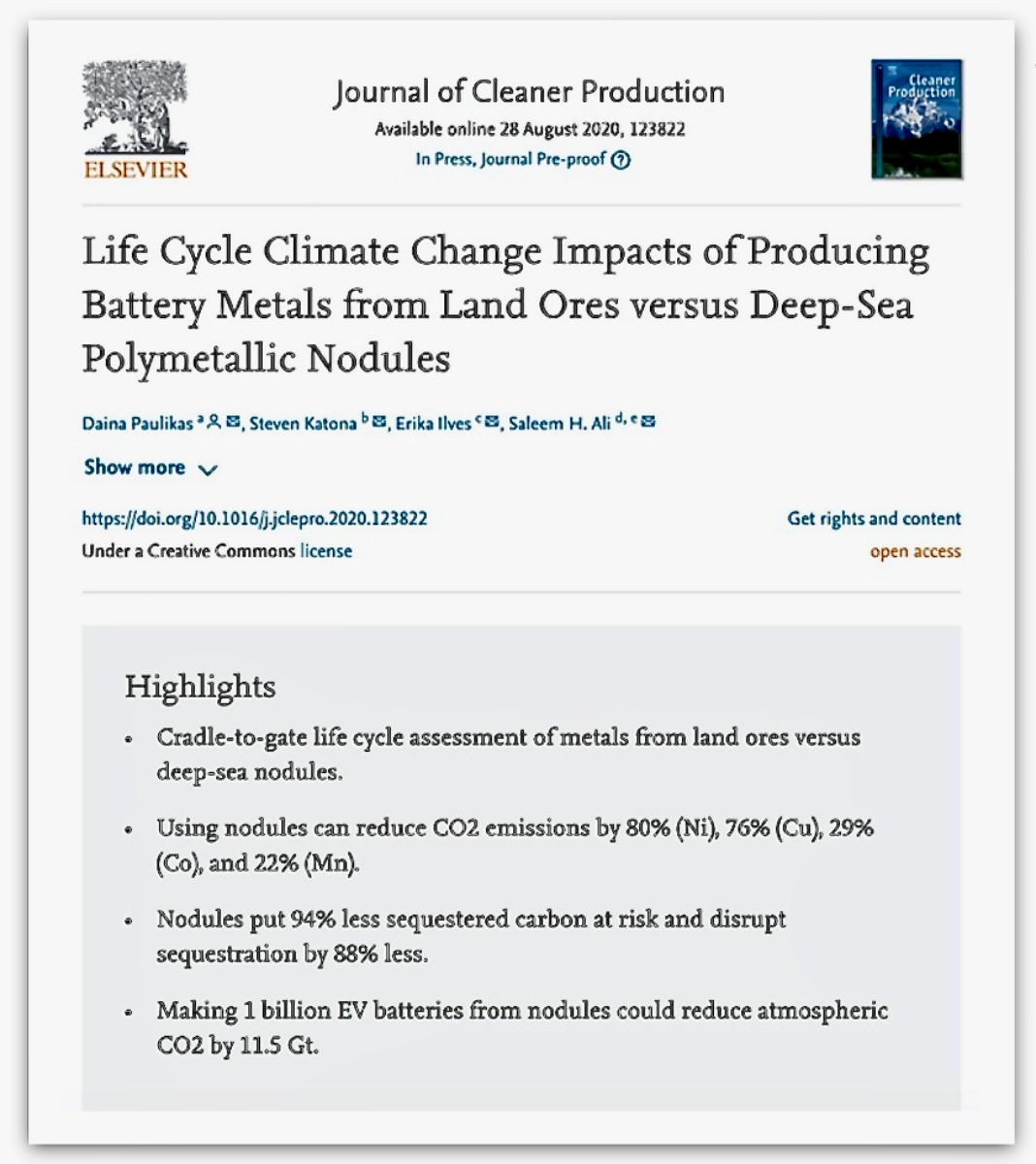 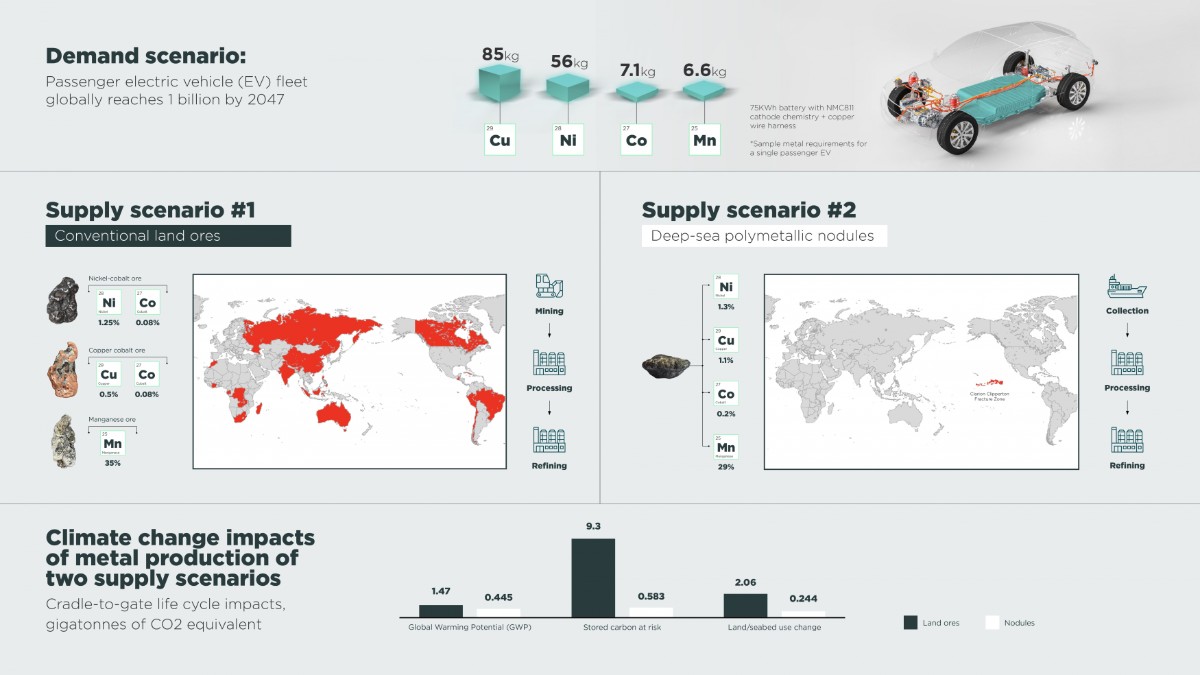 CHECKOUT: Down the plughole with climate change denial