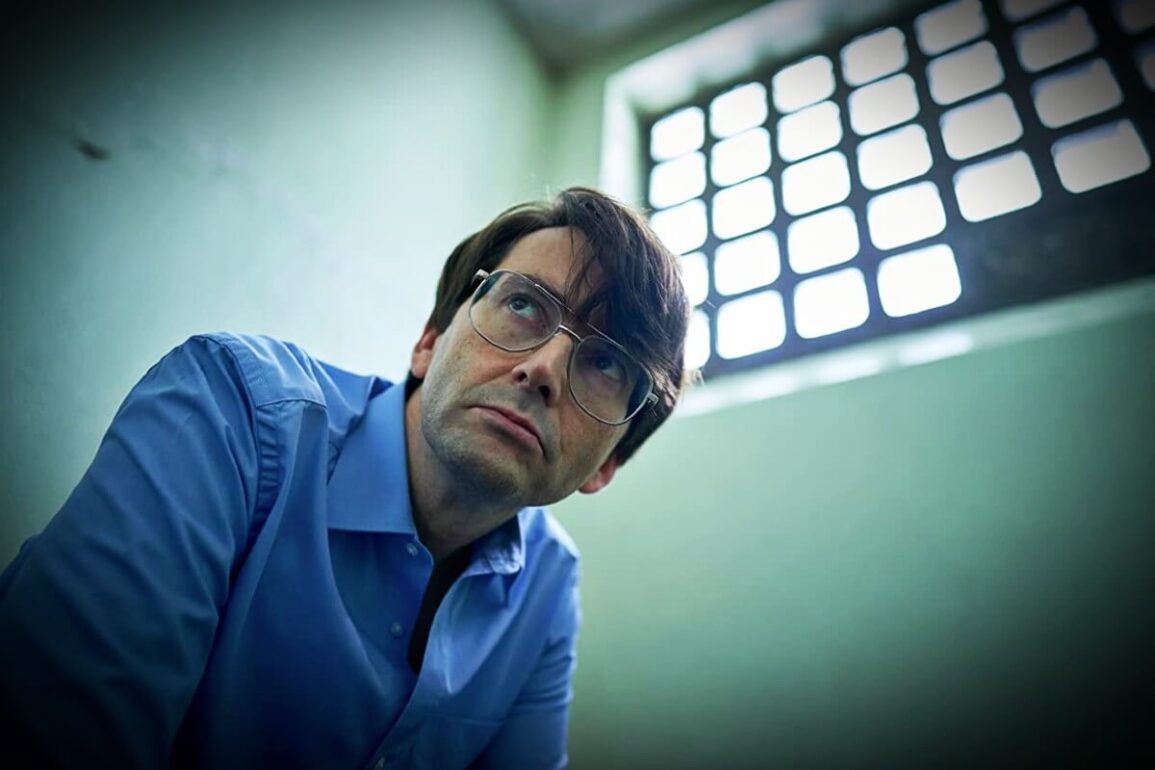 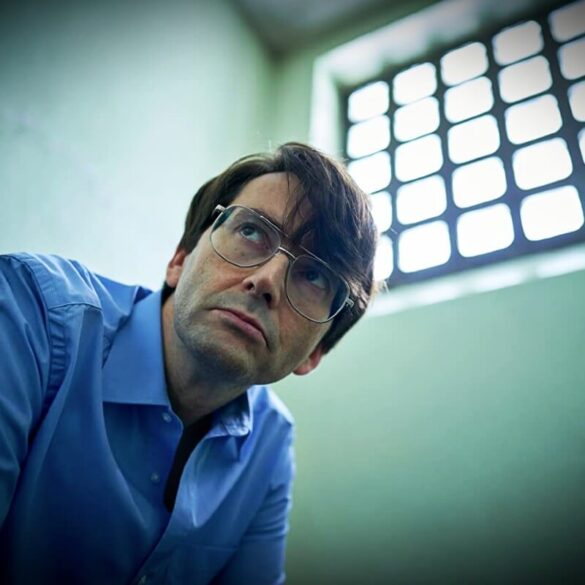 Des is a three-part British mini-series based on the crimes of infamous serial killer Dennis Nilsen.

Nilsen, a Scotsman, known as the ‘Kindly Killer’, was a civil servant who spent five years murdering and dismembering the bodies of at least a dozen young men from 1978 to 1983.

He was caught after the discovery of human remains that were found blocking a drain near his home.

The script is based on the book Killing for Company by Brian Masters, who interviewed Nilsen when he was in prison.

Des stars Scottish actor David Tennant as Dennis Nilsen, probably best known for his role as TV’s Dr Who, a role he played from 2005 to 2010.

His resemblance to the serial killer is uncanny.

Tennant’s other notable roles include Giacomo Casanova in the BBC comedy-drama serial Casanova (2005), the title character in the Royal Shakespeare Company’s film adaptation of Hamlet (2009), Barty Crouch Jr. in Harry Potter and the Goblet of Fire (2005), DI Alec Hardy in the ITV crime drama series Broadchurch (2013–2017) and Kilgrave in the Netflix superhero series Jessica Jones (2015–2019).

Between 1978 and 1983, Nilsen is known to have killed at least a dozen men and boys, the youngest of whom was just 14, as well as attempting to murder seven others.

When he was caught, he initially confessed to having killed about 16 victims.

Nilsen appears almost relieved when the police finally catch up with him.

Most of his victims were homeless or gay men; others were heterosexuals that he met in bars or on public transport — on one occasion outside his own home.

All of Nilsen’s murders were committed inside the two North London addresses where he resided in the years he is known to have been active.

Nilsen admitted to masturbatiing as he viewed the naked bodies and to having engaged in sexual acts with six — but maintained he had never penetrated any of them.

When questioned as to why heads found at Cranley Gardens had been subjected to heat, Nilsen stated that he had boiled the heads in a large pot on his stove, so he didn’t need to dispose of the brain and flesh.

The torsos and limbs of the three victims killed at this address were dissected within about one week of their murder before being wrapped in plastic bags and stowed in the three locations he indicated to police.

The internal organs and smaller bones were flushed down the toilet.

Forget COVID — it’s the end of the f***ing world

It was this practice that led to his arrest.

The drama is the ninth in a series of ITV mini-series featuring notorious British murder cases of the past two centuries.

You can catch Des on Stan.

CHECKOUT: Let Him Go: Couple fight to get grandson back