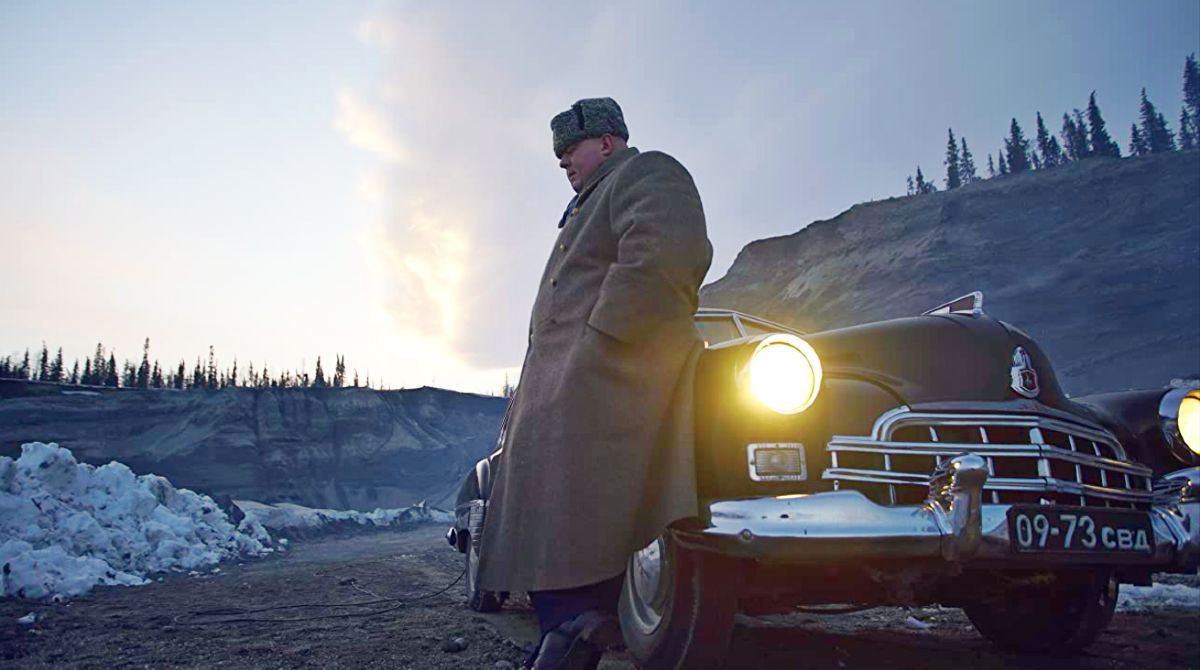 Sick of the same old stuff.

In that case here’s something that might catch your interest — but be warned it involves subtitles.

Pereval Dyatlova, also known as Dead Mountain: The Dyatlov Pass Incident, tells the tragic story of a group of nine hikers who disappeared in a blizzard while they were hiking in the Ural Mountains in Russia back in 1950s.

A month later an abandoned tent was found, then the remains of a campfire and then the first of the bodies.

It took another couple of months before the rest of the bodies were recovered.

Authorities were at a loss because a medical examination found no injuries that might have accounted for their deaths.

Yet the circumstances were suspicious. The tent was cut from the inside out, they weren’t rugged up against the cold. In fact, they were wearing only socks.

The final four bodies were found in a creek and had sustained fatal injuries.

One had a fractured skull and another had major chest fractures, comparable to those that might be received in a car crash.

The hikers all in their early 20s and hailed from the Ural Polytechnical Institute, led by Igor Dyatlov — a 23-year-old radio engineering student.

Diaries and cameras found at their last campsite made it possible to piece together the group’s route up to the day preceding the incident.

There have been many investigations over the years and plenty of theories have been advanced, but no one really knows what happened to the them — what caused them to abandon the shelter of their tents in the middle of a freezing snowstorm.

Another group of hikers reported strange lights in the night sky around the time of the incident.

One theory involves secret Soviet military experiments in the area.

Dead Mountain: The Dyatlov Pass Incident is an eight-part series that the story of what happened to the hikers and the investigation that followed — two stories told in parallel.

Half of the episodes are shot in colour and follow a KGB Major named Oleg Kostin who is flown in to investigate.

The other half is in presented in old style, full frame, black and white and tells the story of the hikers as the drama unfolds.

The two are shown alternatively.

There’s the mystery of course and a glimpse of what austere 1950s Russian culture was like, but also the very fact that it is a Russian production.

The action starts as Kostin is choppered in to lead the investigation, but only in an “unofficial” capacity — “I’m not here,” he tells local authorities.

Turns out Kostin is a former soldier who is guilty of what can only be described as war crimes which we learn about in flashbacks.

His job is to find out whether the death were accidental or the result of something else, something more sinister that the KGB needs to put a lid on.

Although the hikers are experienced they need approval to undertake the arduous journey through the snow-covered mountains and to get this approval they are forced to accept a babysitter — Semyon Zolotaryov — an older man who they believe is a KGB agent.

Zolotaryov is also an ex-soldier who we discover became involved in some very weird stuff during the closing stages of the war, including the search of a remote castle where the Nazis had been conducting occult experiments.

He has a death’s head ring that apparently makes him invulnerable to death.

Nine days before the group’s demise, the hikers pass through a small village where they learn about the region’s indigenous Mansi people.

The Mansi shun the mountains where they’re are headed, referring to it as the Dead Mountain.

Spooked, one of the hikers has a premonition, gets cold feet and decides to pull out.

And so the stage is set.

It  was directed by a collection (or is that collective) of four directors — Valeriy Fedorovich, Stepan Gordeev, Pavel Kostomarov and Evgeniy Nikishov — who each had a hand in four episodes.

It was filmed in Khibiny Mountains, Kola Peninsula, in the Murmansk region.

A monument has been erected and a mountain pass in the area was later been named Dyatlov Pass in memory of the group.

In many languages, the incident is now referred to as the “Dyatlov Pass incident”.

But the incident actually occurred about 1.7km away, on the eastern slope of Kholat Syakhl.

A prominent rock outcrop in the area is now a memorial to the group and is located about 500 metres east south east of the actual site of the final camp.

You can watch Pereval Dyatlova for free on SBS On Demand

In a way it’s ancient history, but there’s nothing like a real-life murder mystery, especially one that involves the Russians and the KGB.