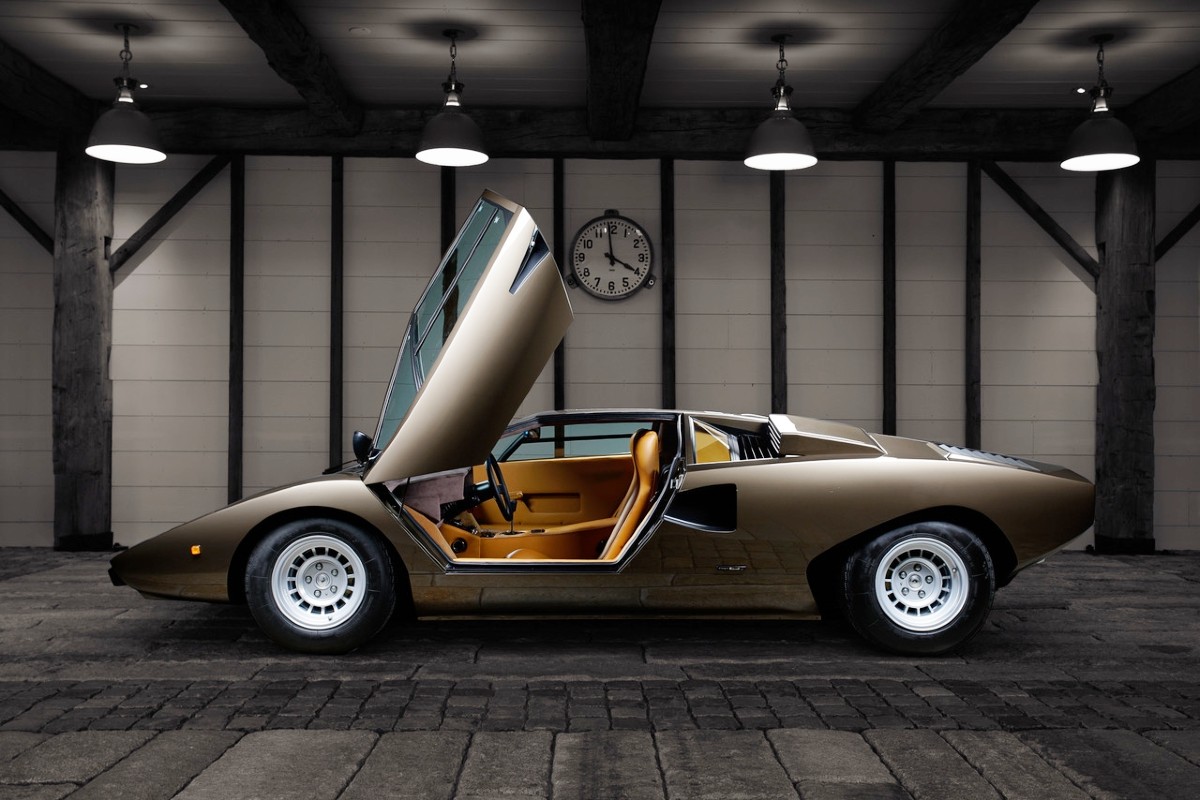 Cars are often criticised for their lack of rear vision.

The more they cost and the faster they go, the less rear vision they see to have.

In fact, some stratospheric models have done away with a mirror altogether, replacing it with a camera.

Back in the 1970s however designers didn’t have access to that kind of technology and it gave rise to some interesting solutions, including Lamborghini’s LP400 Countach Periscopio.

Periscopio? Italian for periscope, of course.

Due to the poor rearward visibility, a periscope was integrated into the passenger compartment roof, instead of a conventional rear-view mirror.

A channel in the roof allowed reflected light to reach the rear-vision mirror which was not ideal but gave the driver at least some idea of what lay behind.

The idea for the periscope system came from Donnelly Mirrors which had used the concept as part of a 1973 Experimental Safety Vehicle (ESV) project.

Rock n’ roll legend Rod Stewart has notably owned several of the cars, including a Periscopio.

The Countach, Best known for its low profile, sharp wedge shape and trademark scissor doors, was a successor to the Miura.

Chief engineer Paolo Stanzani and his staff started work on the car in 1970 under the project name “LP112.”

The finished product incorporated successful aspects of the Miura, including rear mid-engine placement, rear-wheel drive, along with many other new engineering and styling innovations.

After a year of intensive development, the first prototype, designated LP500, was shown at the 1971 Geneva Motor Show.

After that the engineering team spent three years refining the radical prototype into the production-ready LP400 Countach, a model that made its debut in 1974.

The name incidentally broke with tradition because most Lambos were named after bulls and bullfighting.

Countach originates from the word contacc, an exclamation of astonishment in the Piedmontese language.

Only 158 of the “Periscope” models were produced.

Coincidentally, a 1978 Lamborghini LP400 Countach Periscopio is one of the items up for grabs at this year’s exclusive Quail car show in California.

The Quail, A Motorsports Gathering brings together more than 200 of the finest collector cars to Quail Lodge & Golf Club in Carmel, California on August 13, 2021.

The annual event focuses on showcasing the top pre- and post-war sports and racing vehicles from around the world during Monterey Car Week.

Some of the highlight vehicles attending this year’s show include a 1931 Duesenberg Derham Tourster, 1937 Bugatti 57S Gangloff and 1967 Shelby American King Cobra Can-Am.