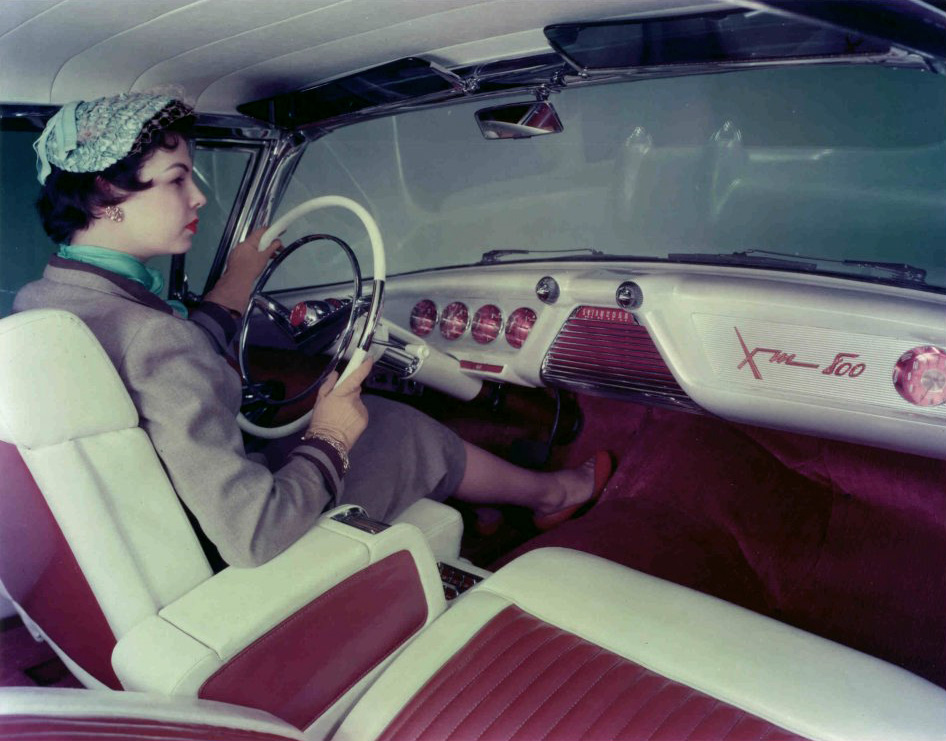 We all know about the Edsel.

The Ford company thought it would be a big seller, in the mid-market segment.

But its unusual styling and confusing pricing structure turned it into a joke.

After two years the Edsel was withdrawn.

The Edsel story became a business school case study about what NOT to do, and wounded the pride of Henry Ford II for many years.

After all, the Edsel was named in honour of his late father.

But it all might have been very different if Ford executives had chosen to use another more conservatively styled car as the base for the Edsel.

Benson Ford, Edsel Ford’s second born son, and boss of the Lincoln Mercury division in the 1950s, commissioned the car for the auto show circuit in the USA.

He had it built not by Ford but by Creative Industries, a Detroit based company that all manufacturers used to develop dream cars in total secret.

The shape of the fiberglass XM-800 was largely the work of John Najjar, a legendary designer who designed Fords from 1937 to 1980.

The car featured an experimental version of Ford’s then new Y Block V8, which replaced the flathead Ford.

The public response to the stylish coupe was very positive and Benson wanted to put it into production.

He envisioned it as Ford‘s mid-market offering, fighting Dodge, Pontiac and Oldsmobile.

As often happens in big organisations, other parts of the business also had their eye on the same market position.

These folks convinced the Ford Board that something more radically styled than the XM 800 was needed to generate big sales.

So Benson was overruled and the outlandish Edsel styling proposal was given all of the development money.

And the rest is history.

All was not lost however because many aspects of the XM 800 styling were used on various Lincoln and Mercury cars in the late 1950s.

After its auto show appearances, the XM 800 appeared in 20th Century Fox’s Woman’s World, a 1954 film about a car company that starred Fred MacMurray and Lauren Bacall.

Not really knowing what to do with the car, in 1957 Ford gave the XM 800 to the University of Michigan’s Automotive Engineering Laboratory for use in training future automotive engineers.

When they’d finished with it in the mid 1960s it was sold or given away (no one knows for sure) and sat in a barn until found and restored.

In 2010 it sold at auction for half a million dollars.

It now resides in the Chicago Vintage Motor Carriage collection.

And could’a been a contender.