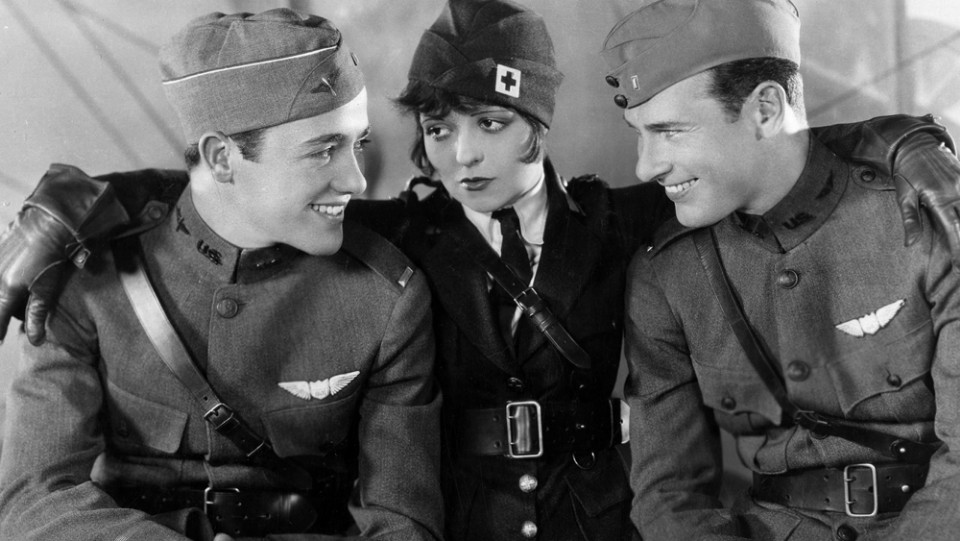 Clara bowed out in suburban anonymity

Home
Time out
Watch it
Clara bowed out in suburban anonymity

Say the words silent movie and the first thing that springs to mind is Charlie Chaplin.

Everybody remembers the odd little man in the bowler hat and his jerky antics, although few people have probably ever watched a Chaplin movie.

I guess you had to be there.

But there’s more to silent movies than Chaplin, much much more, including Hollywood’s first real super star — “The It Girl” Clara Bow.

Back then Clara was bigger than Texas, but her career was cut short when she was literally run out of town.

I love the silent movies and early sound movies from the 1920s and early 30s.

It was a period of transition, when movies moved from melodrama to acting, from silents to “talkies” and from black and white to colour.

Amazingly, some long forgotten and neglected movies from this period have been resurrected and restored, with lavish attention and musical scores — and they’re available on DVD and Blu Ray.

Watching a restored ‘silent’ movie is an entirely new experience.

You’re exposed to long forgotten yet wonderful actors and directors, as well as to the original versions of movies that have been remade many times over.

Following the devastation of the Great War, the 1920s became a decade of rapid technological and social change.

These changes are reflected in the media of the time, when radio, records and movies grew into mass media for the first time.

Let’s focus on the very first winner of an Academy Award for Best Picture, the 1927 film Wings, starring you guessed it — Clara Bow — with support from Buddy Rogers and Gary Cooper.

Wings is a spectacular movie and Clara Bow was the biggest star of the era.

William A Wellman’s masterpiece includes real dogfights filmed in the air with squadrons of original aircraft.

In many cases the planes were actually piloted by the actors themselves, with zero to no flying experience, who had to operate the camera they were being filmed with at the same time.

Wow. Not surprisingly, they often promptly threw up when they eventually landed.

And the Blu Ray has sound effects and an orchestral soundtrack of the original score, just as would have been the case at its release.

While Wings is essentially a love story with two rivals, one wealthy, one not, vying for the same woman, it graphically portrays the role of aeroplanes in World War I as well as the emerging role of women.

If you can see it on a big screen with great sound, do it!

Clara Bow was at the height of her fame with this movie and Wings was the highest grossing film of the time.

She plays an ambulance driver on the Western Front, a notably different role from her usual light roles as the quintessential ‘flapper’.

But, by the age of 25, Clara’s career had come full circle, from starlet to megastar to a figure of scorn.

Life had conspired against her.

Born in 1905, in the destitution of some of the worst New York slums, she endured hostility and abuse from her mother, while her father was largely absent.

Waking to find her mother holding a butcher’s knife to her throat, Clara managed to fend her off and lock her mother up.

Her father subsequently had her mother committed to an asylum. Then he raped Clara.

She subsequently landed roles in movies to rave reviews and travelled to Hollywood where she became the embodiment of the 1920s, with plenty of dancing, partying, drinking and sex.

Cast in lightweight roles by her exploitative producer B. P. Schulberg, she increasingly shone through as the only reason to watch.

As the decade rolled on, however, scandal-sheets such as the Coast Reporter increasingly tried to tear down her image with ever more salacious stories, based on the flimsiest rumours.

She was “running wild”, allegedly involved in a range of illicit affairs with leading actors, an entire football team, and was even accused of having sex with her pet Great Dane.

Clara later hit back at her critics with a prolonged ‘wrestle’ with such a dog in a scene in her second last move, Call Her Savage.

Courtney Love, narrating a 1990s documentary about Clara’s life, commented: “It was an unprecedented torrent of libel, unique even in Hollywood history .  .  .  until me.”

Love offered to forego her fee if the last two words were left in the narration.

Clara’s biggest threat however came from movies with sound or the Talkies as they were called.

She had a broad New York/Bronx accent and initially had trouble remembering her lines because she was anxious.

Audiences had no problem with her voice, but Paramount did.

“Crisis-a-day” Clara was becoming a liability.  She pressed on though and made several sound movies.

But in 1931, aged just 25, with the sobriety of Great Depression at odds with her manufactured image she quit Hollywood — and Paramount went into receivership.

She returned to make two more movies for Fox, Call Her Savage in 1932 and Hoop-La in 1933, both of which leave you wanting to see more of Clara — but there was no more.

That’s because Clara retired permanently aged just 27 and never made another movie from then until her death at the age 60 in a small, very ordinary Los Angeles suburban home in 1965.